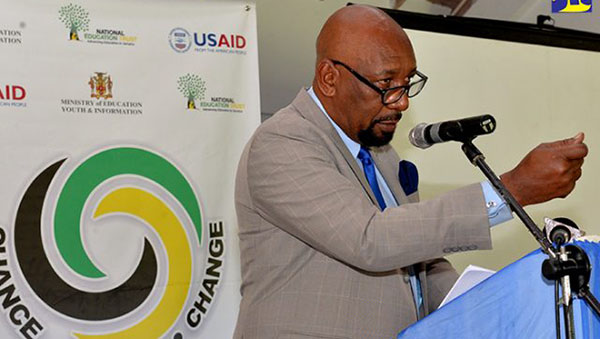 KINGSTON, Jamaica, September 20, 2018 (CMC) – The Jamaica government says it is taking the formation and participation in gangs, very seriously, and that the security forces will be going after gang leaders and apprehending them.

“We will be diminishing their status, as heroes within the communities; they will face the full force of the law. Their assets will be seized and any assets [that] they have placed in the names of family members, will also be seized,” said the Minister of State in the Ministry of National Security, Rudyard Spencer.

“We will ensure that those, who align themselves with organised criminal groups, will be punished and will be relentlessly pursued,” Spencer told the opening ceremony for the ‘Chance, Choice, Change (Triple C)’ Day Camp.

A 2017 study, undertaken by the Ministry of National Security, reported that there are 274 gangs operating in Jamaica, with some 9,000 members. Seventy-seven of these gangs are considered major, organised, criminal enterprises.

The report also stated that there are growing numbers of children, within schools, who are involved in, or associated with, gangs.

The Criminal Justice (Suppression of Criminal Organisations) Act, popularly called the ‘anti-gang’ law, is being reviewed to provide clarity, about how a gang will be declared, and special measures in court proceedings to protect witnesses.

The law makes provision for the disruption and suppression of criminal organisations, outlines offences in order to restore a sense of security in the Jamaican society, and strengthen the capacity of law-enforcement agencies to deal with crime, more effectively.

The Triple C Day Camp formed part of activities for Anti- Gang Week 2018, being observed under the theme: ‘Gang life equals no life.’

More than 50 students, who are in conflict with the law and are on probation, attended the one-day camp, yesterday, which featured special presentations by members of the Counter-Terrorism and Organised Crime (C-TOC) Branch of the Jamaica Constabulary Force (JCF) and representatives from the United States Agency for International Development (USAID).