New in Pride
Home / Commentary / Quo Vadis: The Redacted Mueller Report Has Put The Ball In The Democrat’s Court 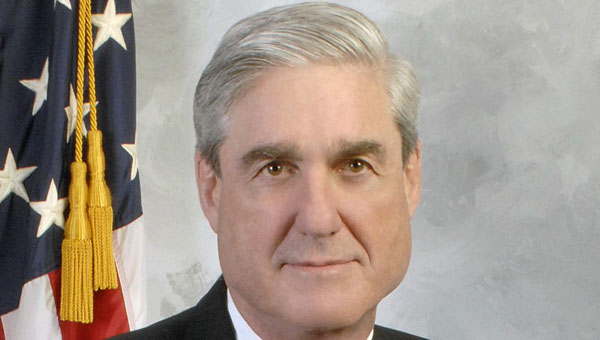 Special Counsel, Robert S. Mueller 111, did not bring obstruction charges against US President Donald Trump, but in his over-400-page, redacted report, released last week, stated, clearly, that he did not "exonerate" the president. Photo by Federal Bureau of Investigation - http://www.fbi.gov/about-us/executives, Public Domain, https://commons.wikimedia.org/w/index.php?curid=21616748.

Quo Vadis: The Redacted Mueller Report Has Put The Ball In The Democrat’s Court

The crux of the matter — that neither President D. Trump, nor any member of his campaign or family, nor, indeed, any American, anywhere, colluded with Russia’s attack on the 2016 election — was delivered, confidently and with authority, by Attorney General, William Barr.

He carried out, exactly what the chief law enforcement officer of the United States, tasked with executing the laws of this country, should do: painstakingly explaining the law and the outcome. Barr was under no legal obligation to discuss the report with the media, but he did so, in the interest of public confidence in the process.

No collusion. No obstruction. Special counsel, Robert Mueller III, made the first call. William Barr, with the assistance of Deputy Attorney General, Rod Rosenstein, made the second call. Now, the lightly-redacted report has been presented to Congress and the people.

The information, uncovered in the redacted report, has left Republicans and Democrats, as divided as ever. However, the ball is now in the court of the House Democrats. Everybody is vocalizing about the “I” word, impeachment, and whether, or not, that is an aspect that the Democrats will go after, now that the investigation report is at hand.

And without reserve, a lot of Democrats believe that President Trump did abuse his power, and what he did, regarding the cases of potential obstruction, are impeachable offenses. In essence, the special counsel said that it was up to Congress to decide the next step.

While Mueller did not advocate that  President Trump be charged, with obstruction, (and Barr specifically ruled it out) there is a line in Mueller’s report that suggests the special counsel was making clear, one way forward, on all of this:

“The conclusion that Congress may apply the obstruction laws to the President’s corrupt exercise of the powers of office accords with our constitutional system of checks and balances and the principle that no person is above the law.”

Now the big question is: what, if anything, will a disunited Congress do?

Careful consideration must be afforded the politics, as the veterans on Capitol Hill are no strangers to the repercussions, faced by Republicans, in the late 1990’s, when they impeached William “Bill” Clinton.

What will take place now is that the other investigations will proceed, forward. Democrats state that they want the un-redacted Mueller report, in its entirety, at least, and also the elementary or underlying documents — and Barr is set to testify on May 2.

The resultant politicization of Barr, has made it more presumable that Mueller, who has not been heard from, in more than two years, will also have to testify. Democrats are saying that they want him to testify, no later than May 23.

Regarding the other investigations, well, the Democrats are going to delve under all those rocks to see if there is any other things, of a financial nature, that will bring Republicans to their side, as there would not be a successful impeachment, without Republican senatorial support.

The President did not affirm his executive privilege, but guided his staff to collaborate, fully, with the investigation. As the Attorney General stated, Trump faced an “unprecedented situation”.

On being remonstrated, by a journalist, as to whether the characterization of “unprecedented” was not “being generous” to the president, Barr retorted with a question: “Is there another precedent for it?” The journalist responded that, in fact, there was not one, and Barr countered that his description was thus accurate.

Many cheered the response, as they believed it was symbolic of a broader castigation or expostulation of an interminably hysterical, as opposed to investigative, media. The redacted report revealed that the President often acted in anger and/or haste, as many an innocent man, wrongly accused, would act. But he was well-served by those, who let him cool down or change course.

Most critics are overlooking the primary rule of holes — when in one, cease digging. Three years, of hypotheses and conjectures, gone up in smoke. Month after month of panic revealed as, what it truly is — panic.

Assaults on the rectitude of the attorney general cannot be regarded as mere pebbles, hurled at a battleship, but instead they expose a basic reluctance, in some areas of the media, to accept Mueller’s, not Barr’s, conclusion, that no collusion took place, by any American with the Russian attacks and hacks. Game! Set! Match!

Sorry the game is not yet over. The theater of the absurd has not reached a complete end for some. The attorney general soon will have the report of the inspector general, reviewing the actions, at the highest levels of the FBI and the intelligence community, during the campaign and the transition.

House majority leader and second highest-ranking House Democrat, Steny Hoyer, told CNN reporters that, based on what has been seen to date, it would be futile, at this point, for House Democrats to pursue impeachment. “Very frankly, there is an election in 18 months and the American people will make a judgment,” Hoyer said.

In an interview, House Speaker, Nancy Pelosi, made headlines in the Washington Post, when she said, “I’m not for impeachment”, arguing that impeachment would be extremely divisive for the country, and saying that Trump is “just not worth it”.

Contained in the redacted Mueller report, is nothing resembling a predicate for a Foreign Intelligence Surveillance Agency (FISA) warrant against Carter Page, a U.S. citizen, though the redactions prevent a conclusive opinion. Apologies are in order for Page and Barr.

It is the beginning of the end for those who set the counterintelligence investigation in motion. Who is lawyering up now?

So what is next for the Democrats? There is still the political fallout. Obsessed with the Mueller investigation, the two parties were drawn into a potentially-dangerous position – the enlargement of expectations.

Trump’s camp will continue to defend him, while the left will do their very best, to teach and/or impeach him. What is in the report is outside the control of both parties, so spare the nation any further, or future, further investigation. Stop the infighting and start uniting!

Americans need breathing space, as they pursue their ace in the 2020 presidential race.