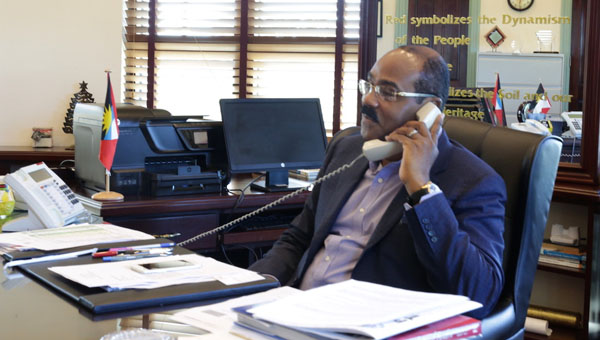 Harvard University And Antigua Agree On Program Of Cooperation

ST. JOHN’S, Antigua and Barbuda, December 11, 2019 (CMC) — Prime Minister of Antigua and Barbuda, Gaston Browne, disclosed that the president of Harvard University in the United States, Dr. Lawrence Bacow, has responded to his advocacy for a program of cooperation, between the university and the Five Islands Campus of the University of the West Indies (UWI), here.

The prime minister said that Bacow has indicated “the willingness of Harvard to work out cooperation arrangements that would benefit the Five Islands Campus, in acknowledgment of Harvard University’s historical relationship with slavery, particularly confronting past injustices and their legacies,” Browne said in a statement.

The statement said Harvard Law School was “founded on an endowment in 1815, that was funded from slavery on the Royall’s plantation on Antigua”.

Preliminary discussions to establish a framework for cooperation will be held in January, after the university’s break for the Christmas season.

“Prime Minister Browne welcomed President Bacow’s readiness to engage, and stated that, between now and the preliminary meeting in January, practical proposals for cooperation will be prepared”, the statement said.