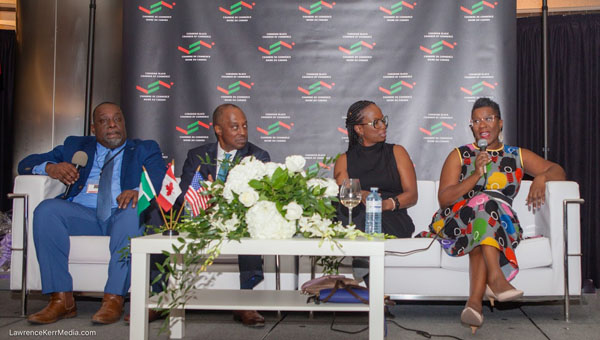 An integral component of the launch was a panel discussion that touched on issues of global trade, access to government contracts, supporting Black businesses and the importance of networking.

Mary Ng, Minister of Small Business and Export Promotion, although initially scheduled, was unable to attend.

“The Chamber allows us to coach the Black community, the business community and make sure they can elevate their brand and their business across Canada,” says Forrest.

With Busby, Minter and Consul General Theodore on the panel, much of the discussion was about how Black chambers have succeeded in the U.S, and have been instrumental in assisting businesses grow. There was also lot of talk about trade and partnership between Canada and the U.S. 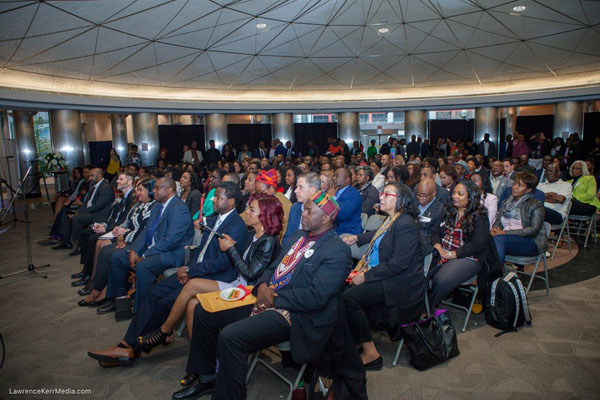 “To me it showed there is an openness between Black people and a need or vision to move forward,” observed Sephton Spence, CEO of Freeman Estate, a luxury development, slated for St. Lucia.

He was impressed with the turnout and advice coming from the panel. “It showed that we can work closer with our neighbours to achieve success. I thought it was a great stepping stone, not just in the financial way, but that Black Canadians and Black Americans can unite, and work together, to become a forceful ethnic group with clout.”

Organizers encouraged attendees to sign up for membership with the Chamber, which plans to develop, enhance and promote programs that increase the capacity and competitiveness of Black Canadian entrepreneurs and innovators.

It will be placing a significant emphasis on industry collaboration when developing its programs and services. Some of the services being offered include: Business Plan Writing Workshops, Incubator Programs, Mentor Protégé Programs, Networking Events, Trade Missions and Bid Contract and Procurement Opportunities.

“This is a much-needed organization to help community members succeed, grow and prosper in the local and global economy,” said artist and entrepreneur, Robert Small, owner of Legacy Enterprise, who was among the attendees.

CBCC chapters will be launching, across the country, in coming weeks, with the next event planned for Ottawa. For more information visit: www.blackchamber.ca