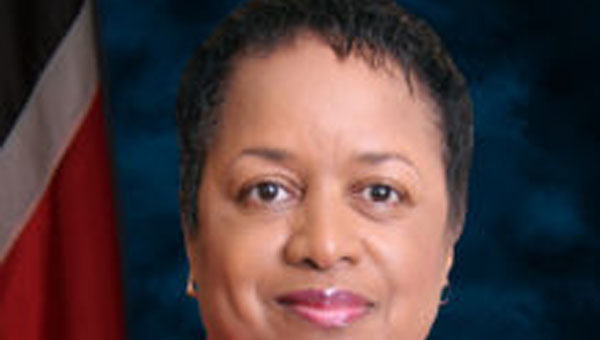 Allyson West has been named as Trinidad and Tobago's new Public Administration Minister.

PORT OF SPAIN, Trinidad and Tobago, August 14, 2019 (CMC) – Prime Minister, Dr. Keith Rowley, has named Junior Finance Minister, Allyson West, as the new Public Administration Minister, after he had temporarily taken up the portfolio, following the sacking of Marlene McDonald, earlier this week.

McDonald and several others, including her husband, Michael Carew, have appeared in court on several offences of conspiracy to defraud the government. She has been placed on a two-million-dollar bail and is expected due back in court in September.

A brief statement from the Office of the Prime Minister said West, in addition to her new portfolio, would also continue to serve as Minister in the Ministry of Finance. An attorney and a former Partner and Territory Tax Leader in the Tax and Corporate Services Department of PricewaterhouseCoopers (PWC), West was appointed to the government in June 2017.

The statement said in addition, the Prime Minister has also asked President, Paula Mae Weeks, to revoke the appointment of Garvin Simonette as a Senator. Simonette had been named as McDonald’s replacement, but stepped down after it became known that he had been arrested in the United States, on a driving-under-the-influence (DUI) charge in 2014.

Rowley has also announced the appointment of government backbencher, Adrian Leonce, as Parliamentary Secretary in the Ministry of Public Utilities.

Yesterday, Rowley announced that he had removed McDonald, whom he has now fired on three occasions since coming to office in 2015, as the deputy leader of the ruling People’s National Movement (PNM).