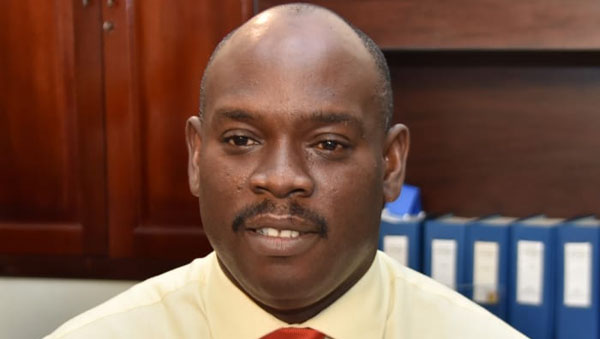 Minister in the Ministry of Finance, Ryan Straughn, said the new Customs Bill will give the department the tools to be able to function in a modern 21st century Barbados. (FP)

Barbados’ Customs Legislation To Be Revised This Year

BRIDGETOWN Barbados, August 22, 2019 — The Barbados government is planning to revise the Customs legislation, before year-end.

This disclosure came recently from the Minister in the Ministry of Finance, Ryan Straughn, who underscored the importance of this amendment.

“As technology has advanced, we haven’t put the necessary legislative framework in place to allow the officers to work, with confidence and certainty. The new Customs Bill will give the department the tools to be able to function in a modern 21st century Barbados,” Straughn stressed.

The Minister made the comments, recently, during a post-Cabinet press conference at government headquarters. He said the Automated System for Customs Data (ASYCUDA) World would be implemented on September 1, this year.

According to Straughn, Barbados has lagged behind, with respect to the upgrade of the system and some of the processes, through which the Customs Department needed to better deliver service to the public.

“Over the course of the last few months, we have engaged members of the private sector and the various stakeholders, who use ASYCUDA World, with respect to the clearance of goods through the ports of entry, with a view to moving towards making sure that we put everything in place, from a technical standpoint, as far as government is concerned, as well as retraining the stakeholders who will engage ASYCUDA World.

“Through those series of consultations, we have reviewed what would be the new customs tariff, which is the harmonized system 2017, which would now come into effect with the implementation of ASYCUDA World on September 1,” he explained.

Straughn noted that the tariff, which Cabinet had agreed to, last Thursday, represents, for many Barbadians, the level of duty on products coming in through the port.

He pointed out that there had been a number of queries, in the past, with respect to how customs officials came up with a valuation.

“So, while we are upgrading our systems, at the same time, post-implementation [of ASYCUDA World], we will also be providing greater information to the public, such that they don’t feel as if a customs officer is arbitrarily assigning a specific level of duty…. A lot of the issues, relating to people reporting a misclassification to the customs department, was a reflection of the fact that as products changed, the tariff that we were operating under, simply could not accommodate those things,” he said.

The Minister added that the implementation of ASYCUDA World would deliver a fully-paperless environment in the customs department.

He further stated that, over the past two years, customs officers, members of the private sector, importers, brokers and various business people had been trained to use the system.

Minister Straughn gave the assurance that the government was putting in place the necessary reforms to ensure Barbados was not left behind, and disclosed that the new Comptroller of Customs and two deputies should be announced this week.