New in Pride
Home / Commentary / Black Male Teachers And The Dearth Of Diversity In Classrooms: Is The Scarcity Of Diversity A Problem For Teachers Or Students? 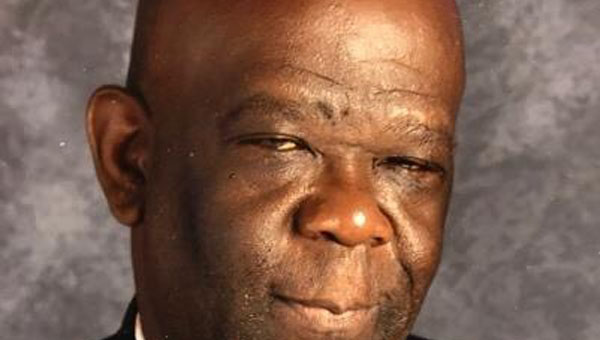 A Johns Hopkins University study found that low-income Black students, with at least one Black teacher in elementary school -- like dedicated educator, Luther Brown (pictured), a 28-year veteran, who retired on June 30 this year, as Principal of the Africentric Alternative School in Toronto -- are significantly more likely to graduate high school and consider attending college. Photo contributed.

Very often young people are asked what they want to be once they grow up. Despite the varying responses, the fact, nevertheless, remains that it is somewhat difficult for young people to visualize themselves in a career or professional field, when they fail to see someone who looks like them in that field.

Point in question is that young girls may say that they want to be a teacher because the majority of their teachers are female. On the other hand young boys, especially Black boys, may struggle to see themselves as teachers. There is a reason for such a struggle.

In 1992, following the Yonge Street Riot, which some folks termed an uprising against police brutality, Stephen Lewis, (then an advisor on race relations) wrote a report on race relations for the then-Premier of Ontario, Bob Rae. It was the first to officially name the injustice in education as anti-Black racism.

Lewis’ report stated: “Everywhere, the refrain of the Toronto students (was) … where are the courses in Black history? Where are the visible minority teachers?”. He called the lack of progress in dealing with racism in education “shocking”.

Another report that year, Towards a New Beginning, identified concerns for Black students, including: streaming below ability (pushing them out of university-bound courses); high dropout rates; lack of Black educators; Eurocentric curriculum; and interpersonal racism. www.crrf-fcrr.ca/en/resources/clearinghouse/7-rpt/1310-rpt-af835-1992-1

While students of color make up over half of the student population, in the elementary to Grade11 setting, Black male teachers make up less than 10 percent of the entire teaching population.

Not only are Black students not seeing themselves reflected and celebrated in the curriculums, but the lack of racial representation in school staff is also significant.

Quebec continually misses the mark of its already too-low targets for racial diversity in the makeup of educators. Largely being taught by white instructors and, therefore, being denied positive Black role models within institutions of learning, only further cements the lower status of Black students.

In 2015, The Ontario Alliance of Black School Educators noted that the employment of visible minority elementary and secondary teachers, across the province, fell 50 percent short of the province’s demographic makeup, as of the last national census. www.tvo.org/article/how-a-1992-report-on-racism-in-ontario-highlights-current-problems

A diverse and inclusive education workforce can play a pivotal role in guaranteeing that students receive a robust, quality educational experience. The issue has been afflicting the school system for decades. Notwithstanding the fact that this has been an issue, long overdue for a solution, very little, if anything, has been done to improve or rectify the situation.

Black male teachers provide alternative narratives to the negative images of Black males: as criminal, and convicted, graduates of the penal system; or the overrepresented images of success through sports or the music industry; and of the misperception of Black males as promiscuous, lazy, trifling, angry and threatening.

Many Black kids cannot imagine being an educated person, and that is because they have never seen one, who looks like them. Then, given the opportunity to spend a whole year with one, this one Black teacher can change a student’s entire future outlook.

The lack of Black male teachers remains a recurrent theme in educational discussion. The president of British Colombia Teachers Federation, Glen Hansman, acknowledged that males avoid teaching, because they are afraid of being stereotyped as potential child predators, or being falsely accused of sexual abuse.

The shortage of Black male teachers is certainly not unique to Canada. According to the National Center for Education Statistics, Black men make up 2 percent of teachers in the US. www.cnn.com/2019/10/05/us/iyw-black-men-teacher-shortage-solution-trnd/index.html.

On October 5, World Teachers Day, or International Teachers Day, is celebrated in over 100 countries. Established in 1994, it commemorates the signing of the 1966 UNESCO/ILO Recommendation concerning the status of teachers, which is a standard-setting instrument that addresses the status and situations of teachers around the world. en.unesco.org/commemorations/worldteachersday.

According to Roy Jones, a professor at Clemson University’s College of Education in South Carolina, research shows that in the case of minority children, having at least one teacher that looks likes them is a key to their success.

This “race match effect” is sometimes called “the role model effect”, a term that gets at why the researchers think a stint with a Black teacher can be so lastingly beneficial for Black students.

A published study found that race played a big part in how teachers judged a student’s abilities. When a Black teacher and a white teacher looked at the same Black student, the white teacher was about 40 percent less likely to predict the student would finish high school. releases.jhu.edu/2016/03/30/race-biases-teachers-expectations-for-students/

Conclusively, there are definite areas of focus when it comes to potential solutions. Recruitment efforts need to improve, there needs to be greater representation in teacher preparation programs and enriched experiences in school settings.

School Boards/Commissions, teacher colleges, should all realize that if we want to see more diversity, then they must offer more opportunities that will increase pathways into education, beyond the traditional routes. The pipeline must be incentivized to attract more diverse talent to the field.

In the meantime, it is my hope, as an educator, that school policymakers painstakingly consider how they could change a student’s chance at success, by getting him/her into a classroom with a teacher of the same race. If having a teacher with high expectations for you matters in secondary school, imagine how much it matters in the third grade.

Many Black kids cannot imagine being an educated person, and that is because they have never seen one who looks like them. Then, given the opportunity to spend a whole year with one, this one Black teacher can change a student’s entire future outlook.

This is not a situation, where Black students need two, three or four Black male teachers to make a difference. In the classrooms let Black students see the diversity.

Teaching should be reframed, wherein the work is seen as an opportunity for social impact and change. At the end of the day, what matters is representation. It is a goal that every school should strive towards. 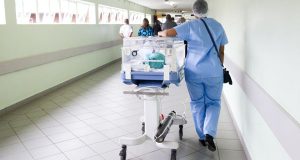 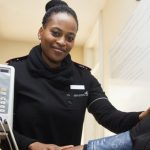