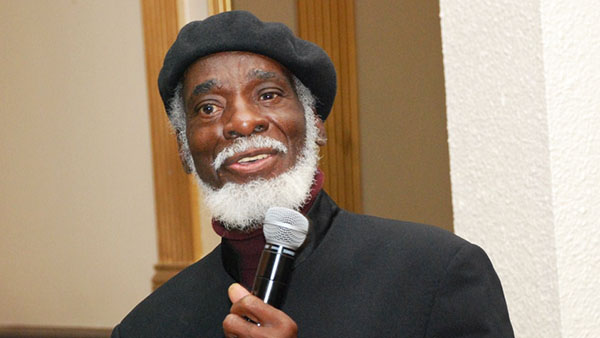 Dudley Laws, the late Jamaican-Canadian who often was vilified in life for his community activism, was praised, last Saturday evening. Photo by Bevan McLeod.

TORONTO, Ontario — Dudley Laws, the late Jamaican-Canadian who often was vilified in life for his community activism, was praised, last Saturday evening, for the “progress’’ that came about because of his work.

A former Executive Director of the Black Action Defence Committee (BADC), Laws was instrumental in the province setting up the Special Investigations Unit (SIU) in 1990, as a civilian independent body to probe police-related incidents that result in death or serious injury of civilians, or involve allegations of sexual assault.

“When I first encountered Dudley Laws many, many years ago, I stepped back a little bit in the face of his advocacy. But I came to know him, I came to respect him, I came to work with him, and we came – all of us together – to make a lot of progress, thanks to his advocacy,’’ said Toronto Mayor John Tory.

The mayor was speaking at the 34th annual Harry Jerome Awards (HJA) of the Black Business and Professional Association (BBPA), hours after meeting representatives of the African-Canadian Community.

Tory has faced criticism for not inviting Black Lives Matter-Toronto (BLMTO) to the two-hour, private meeting that focused on such issues as social development, youth engagement, poverty reduction and policing.

“These issues have my attention,’’ said Tory. According to the mayor, it’s important for Black Lives Matter to attend a proposed larger public meeting, adding, the process must lead to action.

More than 1,000 people, including representatives from all three levels of government and the private sector, attended the HJA ceremony, which is “an occasion to recognize, to celebrate, talent and skills and accomplishments’’, Tory said.

“I have said, and I repeat it tonight, that I wish that this entire proceeding can be broadcast live on television. I think if our fellow citizens could see this picture of our African-Canadian community, as opposed to other pictures they see – they’ll see the future of our society. It’s a future that’s bright and it’s dynamic.’’

Royal Bank of Canada (RBC) was the title sponsor of the HJA, which also received the backing of other corporations.

The BBPA event, at which 15 were honoured this year, is named after the late Harry Jerome, a Canadian 100-meter bronze medalist at the 1964 Tokyo Olympics.

Jerome, who also was scholar and social advocate, was a recipient of the Order of Canada. He died in 1982 at 42.

The 2016 HJA ceremony, at the Metro Toronto Convention Centre, was “an evening of excellence and elegance’’, said Pauline Christian, president of the BBPA. 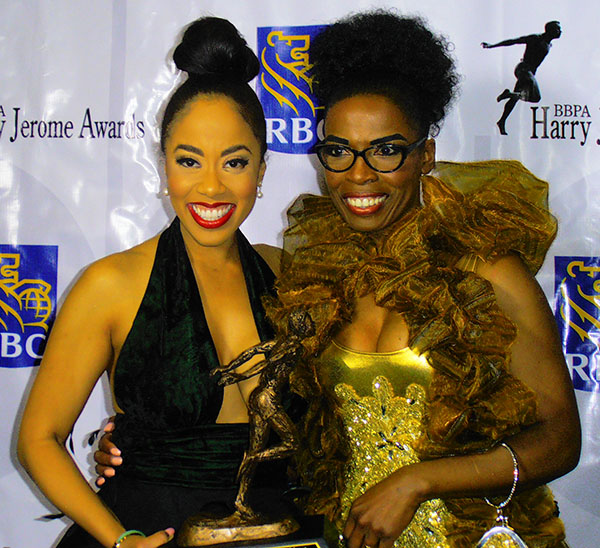 “When we take stock of the levels of achievement and the national representation here tonight, you would agree that the BBPA has definitely mastered the science of producing and celebrating greatness coast to coast,’’ said Christian, adding that the event’s success requires hard work, God’s guidance and the support of many, including the media.

“I want to thank Pride for covering us. We need people to hear our good stories; not the negative ones but the good one,’’ she said in an interview.

“God has been good,’’ Christian declared.

“It is not easy to put on an event of this magnitude and we claim it to be one of the best – or even the best – as it relates to celebrating black excellence across Canada. We go through hardships, we grow and we have hurts and pains, but we got to not lose sight of the vision. For us to be able to get over a thousand people in this room tonight, I think is amazing.’’

Segments of entertainment comprised part of the evening’s program, which also included greetings and congratulatory messages from sponsors and provincial and federal party officials.

“I’ll never forget my responsibility to our community,’’ said Liberal MP for Whitby, Celina Caesar-Chavannes, in delivering Prime Minister Justin Trudeau’s message. She’s parliamentary secretary to the prime minister, who was in New York for the signing of an international climate change agreement.

“I always remember the responsibility that I have, not just for the wonderful people of Whitby but also my responsibility to my extended community, and especially my brothers and sisters in the Black community, and to all people of colour. We have achieved so much as a country but we still have much to do to achieve true equality,’’ said Caesar-Chavannes, a former Harry Jerome Award winner.

Coteau is the Minister responsible for anti-racism in Ontario. He also is Minister of Tourism, Culture and Sport.

“The folks in this room really capture the best of what Ontario has to offer,’’ Coteau said Saturday. “I just want to say how proud I am to be a member of the African-Canadian community, and to be here tonight.’’

Among those honoured were Dr David Bell, a former dean at York University, who received the President’s Award; and Juanita Westmoreland-Traore, Quebec’s first Black judge, who received a Lifetime Achievement Award.