New in Pride
Home / International News / Gender-Based Violence On The Increase In Jamaica, Guyana And Trinidad And Tobago 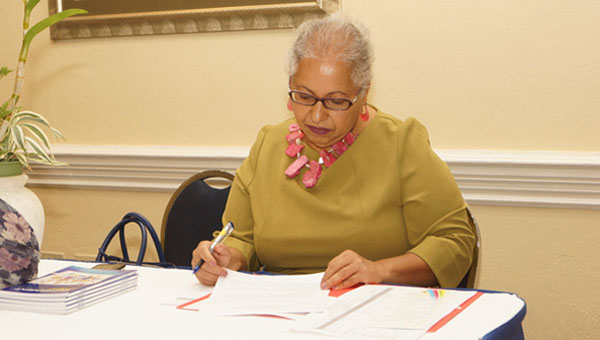 Gender-Based Violence On The Increase In Jamaica, Guyana And Trinidad And Tobago

UNFPA Caribbean Director, Alison Drayton, who is attending the Nairobi Summit on the International Conference on Population and Development (ICPD25), opined that there’s need for different strategies to counter this practice in the Caribbean region.

Drayton said gender-based violence has harmful and lasting consequences for victims, families, communities and nations, and added “the realisation of this increase is starting to change perceptions of the need to look at the region in a different way”.

The UNFPA Caribbean Director, who was speaking on the sidelines of the summit, said “it’s an uphill battle”.

Gender-based violence is one of five themes of the Nairobi Summit, which has been convened to mobilize the political will and financial commitments, urgently needed to finally and fully implement the ICPD Program of Action.

These commitments centre on achieving zero-unmet need for family planning information and services, zero-preventable maternal deaths, and zero-sexual and gender-based violence and harmful practices against women and girls.

Research findings, released at the conference yesterday, revealed that ending gender-based violence in 132 priority countries will require an investment of US$42 billion dollars, over the next 10 years.

The organisers said that the funding would go towards programs that provide psycho-social assistance, medical treatment and rape kits to survivors. It would also fund the promotion of the right of all women and girls to live, free of violence and abuse.

The study was conducted by the UNFPA and the Johns Hopkins University, in collaboration with Victoria, the University of Washington and Avenir.

Gender-based violence (GBV) includes physical, sexual, verbal, emotional, and psychological abuse, threats, coercion, and economic or educational deprivation. It is an issue faced by people, all over the world, but women and girls are disproportionately harmed by this practice.

Kenya and Denmark, as well as UNFPA, the United Nations sexual and reproductive health agency, have organized this high-level political summit, which is being attended by a record 11,500 participants from over 150 countries.

This year marks the 25th anniversary of the ground-breaking International Conference on Population and Development (ICPD), which took place in Cairo in 1994. At that conference, 179 governments adopted a Program of Action, recognizing that reproductive health, women’s empowerment and gender equality are the pathway to sustainable development.