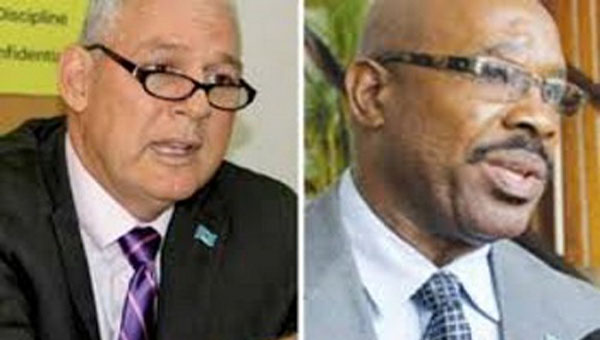 CASTRIES, St. Lucia, November 13, 2019 (CMC) – The government says it will “continue to respect the freedoms, guaranteed to all St. Lucians”, as it defended the decision, by Prime Minister, Allen Chastanet, to seek legal redress to statements, allegedly made by a television talk show host.

Senior Communications Officer, Nicole Mc Donald, has denied allegations, by Richard Frederick — the host of the MBC TV program, How Can I Help You? — that Prime Minister Chastanet had engaged in a campaign to silence him.

“Nothing could be farther from the truth. Prime Minister, Allen Chastanet, like any other citizen, is defending his name and reputation, and has sought the assistance of the entity, which is available to all of us, to resolve issues of defamation, and that is the courts,” she said.

She noted that based on several statements, made by Frederick, a former government minister, Prime Minister Chastanet had filed a lawsuit against the television station and the host.

She added that Frederick, who is also an attorney, had given an undertaking, through his attorney, to desist from publishing the words complained of.

“Mr. Frederick, however, has given the impression that there is an attempt to silence him. This is simply a case of defending one’s name and everyone has that constitutional right. The Prime Minister’s application is, at this time, awaiting a decision, and Mr. Frederick will have an opportunity to answer to the application,” Mc Donald said, in a statement.

“This administration, like all previous administrations, has, from time to time, had its disagreements with both certified media reporters, as well as opinion influencers, with their respective biases. But this government has always respected, and will continue to respect, the freedoms guaranteed all St. Lucians, whether regular media personnel, opinionated show hosts or opposing politicians,” she added.

Frederick has not yet responded to the latest statement by the government.