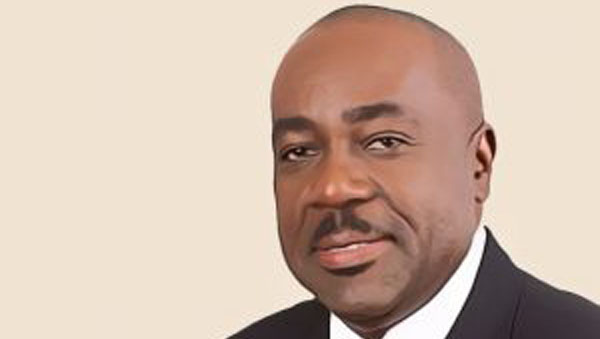 BRIDGETOWN, Barbados, January 21, 2020 (CMC) – Antigua and Barbuda has become the latest CARICOM country to support the position, taken by CARICOM Chair and Barbados Prime Minister, Mia Mottley, in not sending a representative to the announced meeting with US Secretary of State, Michael Pompeo, in Jamaica, today.

“We are very much in support of, and identify with, the sentiments, expressed by the CARICOM Chair, PM Motley of Barbados. As a government, we stand in support of this position,” Foreign Minister, E.P Chet Greene, said in a statement.

Last weekend, Prime Minister Mottley, speaking at a ceremony, here, to honour the island’s former prime minister and regionalist, the late Errol Barrow, said “as Chair of CARICOM, it is impossible for me to agree that my Foreign Minister should attend a meeting, with anyone, to which members of CARICOM are not invited. If some are invited and not all, then it is an attempt to divide this region”.

Trinidad and Tobago’s Prime Minister, Dr. Keith Rowley, also issued a statement, late yesterday, supporting Mottley’s position, saying she had the “full support of the government and the people of Trinidad and Tobago in outlining our principles and vision of Caribbean unity”.

“In the expectation of Caribbean unity, the Prime Minister of Barbados speaks for Trinidad and Tobago,” he added.

Pompeo, who is visiting several countries in Latin America, said his two-day visit to Kingston, will allow him to meet with “many Caribbean leaders to discuss how we can all work together to promote our common democratic values and prosperity for all of our people,” and added “I’m looking forward to a fantastic set of meetings.”

Pompeo said he would also participate in a round-table meeting with the foreign ministers of The Bahamas, Belize, Dominican Republic, Haiti, St. Kitts and Nevis, and St. Lucia.

Meanwhile, Barbados’ Ambassador to CARICOM,  David Comissiong, in support of the position, adopted by Bridgetown, said Mottley took the correct position in maintaining that if all CARICOM member states were not invited, Barbados could not, in all good conscience, accept an invitation to attend.

He said Barbados was not showing any animosity or disrespect to anyone, but simply carrying out a leadership duty, in the overall best interest of CARICOM.

“Mr. Trump pulled this type of stunt, last year, with his invitation of four specially-selected and invited CARICOM Prime Ministers to his private property in Florida, much to the chagrin and suspicion of several of the other leaders and Governments of CARICOM. A chagrin and suspicion that actually manifested in several charged public statements,” he said.

Comissiong said no one should expect that Barbados, charged with the responsibility for protecting the interests of the organization, to join Pompeo and six American-selected CARICOM countries, in repeating an exercise that has already caused unhealthy distress, divisions, suspicions and tensions in the regional organisation.

“And particularly when Mr. Pompeo and the US State Department have already made it clear, what agenda they will be pursuing in the Caribbean, in relation to Luis Almagro/OAS, Venezuela, Cuba, Nicaragua, etc,” he said.

Commissiong added “one of the fundamental missions of CARICOM is to deal with powerful, third-world countries, not as individual Small Island States, but as a unified, collective of 15 nations.

“By doing so, we forge ourselves into a much stronger bargaining unit, and are better able to withstand the pressures that many big nations apply, when they are conducting their foreign affairs. So we, in CARICOM, should always strive for unity and collective action,” he added.

St. Kitts-Nevis Foreign Affairs Minister, Mark Brantley, said the twin-island nation does not regard the move by Washington, to invite some regional countries to the Kingston meeting, as a means of dividing the 15-member regional integration movement.