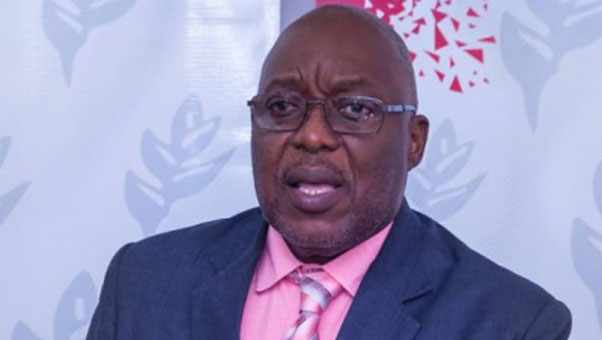 Chief Secretary Of Tobago House Of Assembly To Step Down

SCARBOROUGH, Tobago, February 13, 2020 (CMC) – The Chief Secretary of the Tobago House of Assembly (THA), Kelvin Charles, says he will be stepping down from the post, three weeks after he lost the leadership of the People’s National Movement (PNM) Tobago Council.

Charles, who lost to the Trinidad and Tobago Ambassador to Costa Rica, Tracy Davidson-Celestine, said he will step down at the end of April.

He said that Davidson-Celestine will be made a councillor in the PNM-controlled THA, from March 1, and they have both vowed to work towards a smooth transition of leadership, as the party prepares for the upcoming general election, and the THA election, constitutionally due next year.

The announcement, by Charles, at a news conference that was also attended by Davidson-Celestine, followed talks, involving the hierarchy of the ruling party, last weekend.

Charles said after the meeting, he met with Prime Minister and political leader, Dr. Keith Rowley, on Monday, “as we defined, more clearly, the path forward, in respect of transitioning”.

“We have agreed that, in the interim, there will be regular meetings between Davidson-Celestine and myself, so that we both can be kept apprised of the happenings at the level of the party, and at the level of government,” said Charles, who, following the Council election, had indicated he was not stepping down as THA Chief Secretary.

But he insisted that he was not hounded out of office.

“In coming into politics, one is usually guided by a set of principles and philosophies. We operate a democracy and, for me, the issue has always been whether or not there will come a time when the needs of the many would outweigh the needs of the few, or the one. And therefore, on that basis, it was not difficult to arrive at a place, where we are now.”

Davidson-Celestine has since resigned as the ambassador to Costa Rica, which takes effect at the end of the month.

Davidson-Celestine said she is pleased the party has returned to some level of normalcy.

“We have been having discussions, since our elections on January 26, 2020, and so we are now at the place, where we are all comfortable. The process, yes, it might have been a very long one, but, at the end of the day, I would have considered it to be one, where all of the decision-makers would have had an opportunity to share ideas and concerns and chart the way forward,” she added.