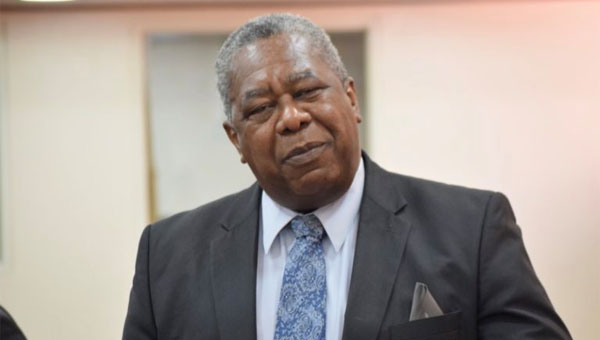 St. Kitts-Nevis Attorney General, Vincent Byron, told Parliament that an estimated 800 people will soon have their criminal records, for possession of small amounts of marijuana, expunged.

BASSETERRE, St. Kitts-Nevis  February 14, 2020 (CMC) – The St. Kitts-Nevis Parliament has given the green light to a suite of legislation, aimed at decriminalising marijuana for medicinal purposes, as well as establishing a new authority to oversee the industry.

“Here it is that St. Kitts and Nevis is moving ahead, in bringing a legislation to deal with the creation of a new industry. This bill is drawing on the wealth of international and regional experience to create legislation that can withstand the test of time and stand the test of international scrutiny,” Prime Minister, Dr. Timothy Harris, said, in winding up debate on the Cannabis Bill, 2020.

“This piece of legislation is what’s right for the people of St. Kitts and Nevis. The benefits will come in the build-out of a new industry, demanding new jobs for our people, providing opportunities for our young people with an interest in science, in technology, in engineering, in mathematics and other sciences, including agriculture, to have opportunities for participation,” Harris added.

The main opposition St. Kitts-Nevis Labour Party (SKNLP) has criticised the legislation saying it “complicates, rather than simplifies and stifles rather than liberates the present state of play, as related to cannabis and its uses”.

Opposition Leader, Dr. Denzil Douglas, said that the Cannabis Bill 2020 is limited to establishing rules and regulations, surrounding the cultivation, supply, possession, production and use of medicinal cannabis, only.

The government also successfully tabled the Criminal Records (Rehabilitation of Offenders) (Amendment) Bill, 2020 that Attorney General, Vincent Byron, said arose from the recommendations of the National Marijuana Commission, which, last year, submitted its recommendations to government.

“We have gone back, some 20 years, to look at the files that are held by the police, and we have found some 808 people, who are thus affected and who will now be able to apply for, and have, their records expunged, Byron said.

He told legislators that an estimated 800 people will soon have their criminal records, for possession of small amounts of marijuana, expunged. These people were convicted, under the Drugs (Prevention & Abatement of the Misuse and Abuse of Drugs) Act.

“This began in 2017…and a blue ribbon commission has driven us to look at what has been happening in our country, to understand how people — all people — understand that we have to move in a certain direction and to embrace, as it was, the new mores that are evolving in our country and across the globe. At the same time, Mr. Speaker, we have understood that we have to be careful about our international obligations,” the Attorney General said.

“Among the 800 persons, who will be affected, will be quite a number of young people. You know, Mr. Speaker, and I’m sure everybody here knows, that when people are young, especially in adolescence and above, they experiment and, in their rebelliousness, they would have offended the law then, and would have, maybe, obtained a criminal record.

“Mr. Speaker, that criminal record would prevent them from being able to access further education at some universities, because they have that on their records. That criminal record would prevent them from accessing a U.S. visa, or maybe any other visa, for that matter, to travel abroad, and so the young people in our nation were adversely affected. So, the bill…is attempting to ensure that young people get, what I will describe as, a second chance,” Hamilton said.