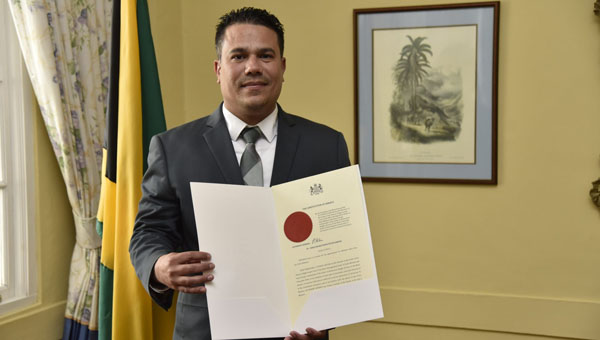 KINGSTON, Jamaica February 18, 2020 — Government Senator, Matthew Samuda, is now a Cabinet Minister. He was sworn in at King’s House, yesterday, by Governor-General, Sir Patrick Allen, on the advice of Prime Minister, Andrew Holness.

Senator Samuda will fill the vacancy, left in the Cabinet by the resignation of former Minister without portfolio in the Ministry of Economic Growth and Job Creation, Pearnel Charles Jr.

The Governor-General congratulated Senator Samuda, noting that his contribution will help in the realisation of the policy programs and objectives of the government, particularly as they relate to the youth. 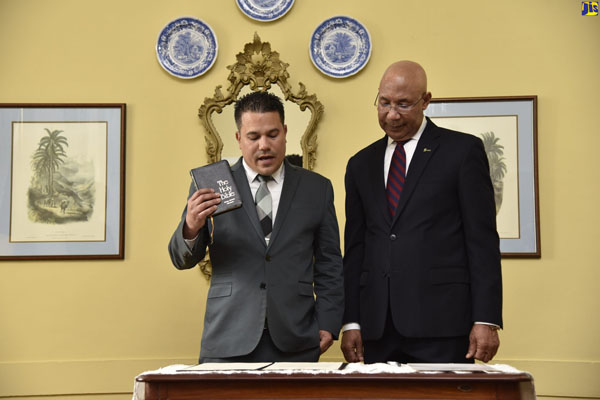 Minister Samuda told JIS News that he is looking forward to his new role in government.

“It’s an awesome responsibility to be entrusted to serve in the Cabinet. I’m excited at the opportunity. I pledge to give my best. All that I know, all that I can do, I will give to the people of Jamaica in service,” he said.

“I thank the Prime Minister for the confidence he has placed in me,” he added.