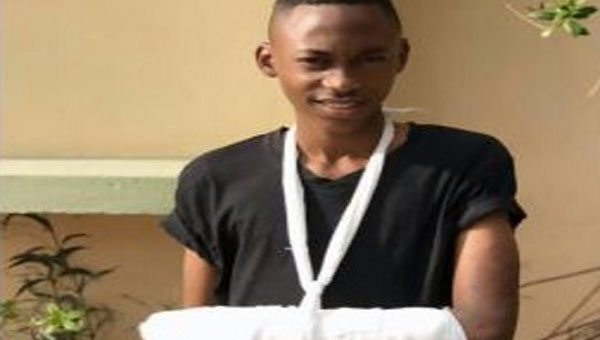 PORT OF SPAIN, Trinidad and Tobago, February 18, 2020 (CMC) – Trinidad and Tobago has joined Jamaica, in warning of the dangers of school children engaging in the global craze of the “jump, tripping challenge”, saying it could also result in possible legal action.

In a statement, Education Minister, Anthony Garcia, said he was appealing to students, teachers and parents to ensure that school children, here, do not participate in the game that has gone viral.

“Involvement in this activity does not only have serious repercussions on the physical health of someone, who is tripped, but as has happened in the United States of America, parents of injured children have sought legal redress,” Education Minister Garcia said.

Garcia said that video footage, of children being tripped, has been viewed, adding “we have, and continue to encourage students to play and spend time away from the screens”.

“However, whenever those games become injurious to another person or can potentially seriously do harm, it is no longer a game that should be played. I am of the firm belief that our youth are wise enough to know that this is one challenge, in which there should be no consideration of participation,” he said.

The prank sees three persons line up side by side, with the middle participant goaded into jumping into the air, unaware of being tripped on the way down.

In Jamaica, 14-year-old student, Rasheed Bullock, became a victim of the ‘tripping jump challenge’ that has gone viral, globally. The Ministry of Education has since issued a warning to school administrators to crack down on the growing practice.

“The ministry notes that there are several videos, being circulated on the Internet, showing students jumping and falling, violently, to the ground, after being tripped by other students. This prank demonstrates a lack of good judgement on the part of those involved and should not be tolerated,” the Ministry of Education said in a statement.

“Students are partaking in the prank, not realising that a fall of such nature can cause serious physical, mental, and emotional damage, with great legal and financial implications,” it said, asking schools to enlist the support of parents in promoting respect and empathy among the student population. Children have also been urged to use social media responsibly.