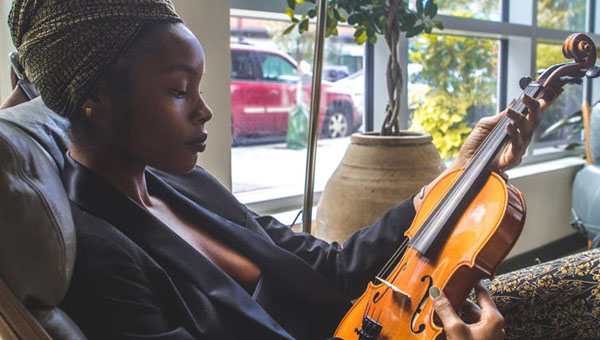 An orchestra can be a hostile place for a lone Black classical instrumentalist. Photo credit: Pexels.

Music has been significant for many during COVID-19 isolation, and in these same months Black musicians have amplified the momentum of the Black Lives Matter movement.

While pop or hip hop music are genres whose agility and responsiveness make them natural sites for popular commentary, this threatens to neglect other arenas of music making.

While there is a long history of professional classical musicianship in the Black community, there are gaps of knowledge about Black classical artistry in Canada.

Black classical artists may spend their careers in majority-white orchestras and small ensembles across Canada, without knowledge of others who share their experience. But this may be changing as Black classical artists are starting to tell their stories, change the trajectory of their careers, challenge how arts communities are defined and step into leadership roles where they call for systemic change.

Black classical Canada
In the United States, a 2016 study by the League of American Orchestras found that less than two per cent of musicians in American orchestras are Black.

Ethnomusicologist, Parmela Attariwala, authored the study with writer, Soraya Peerbaye. Attariwala notes that because of Canada’s privacy laws, they could not compile race-related statistics about who is part of orchestras. She is now exploring the idea of orchestras taking voluntary statistical surveys.

Some prominent Black classical artists have gained newfound attention through work by Black Canadians: Conductor, Brainerd Blyden-Taylor, founded the Nathaniel Dett Chorale in 1998, honouring the Black Canadian-born composer and pianist. Classical singer and Nova Scotian, Portia White, has been the subject of several Black artists and writers and became more commonly known in 1999, through the introduction of a memorial stamp.

Although research has been broadly conducted into how colonialism, diversity initiatives and post-secondary hiring practices have affected Black participation in classical music, we have yet to see a comprehensive study of Canadian Black contributions to Canadian classical music history. 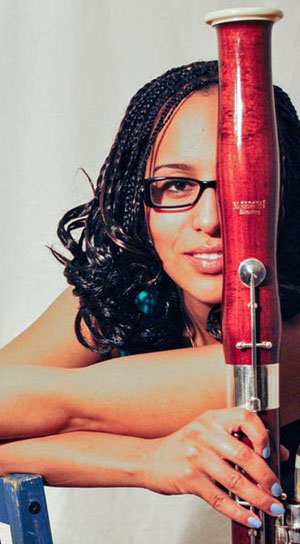 Black classical instrumentalists often experience their successes, as well as the subtle and overt blows of anti-Black racism without the support of colleagues and mentors who might help navigate such terrain. All were pleased to have their experiences brought to light.

Bassoonist Sheba Thibideau was told that her lips were “too big” to play the flute and that she was “not suitable” for violin by the principal of her elementary school in Vancouver.

Tanya Charles Iveniuk, who is on faculty at Axis Music, the Regent Park School of Music and the University of Toronto, had an easier entry. Surrounded by the sounds of her older brother practising the piano, she announced, at age three that she wanted to play the violin. And so it was.

In university, however, both musicians described impacts of anti-Black racism. It often appeared as mysterious absence of access: to the appropriate performance-level student orchestra, to mentorship and information on how to navigate the invisible pipeline to professional life as a classical musician. They experienced micro-aggressions, at times, outright hostility or a lack of awareness of different economic circumstances.

Both question how their careers might have been different if they hadn’t spent considerable energy navigating, explaining and protecting themselves within the pressure cooker of predominantly white environments and power structures.

“I have a great career now,” says Iveniuk, “and yet, I’m haunted by that question.” This is psychic and emotional work that white (and often Asian peers) aren’t required to do.

Something is rotten
One of Iveniuk’s students, a boy of Vincentian background, like her, told her that he didn’t know that it was OK to pursue the violin until he had her as a teacher.
Rarely are white musicians questioned when they explore and become expert in music from historically Black traditions. But Black children learn early what is and is not for them.

“Orchestras have a lot of work to do in this area,” says Daniel Bartholomew-Poyser, principal education conductor and community ambassador of the Toronto Symphony Orchestra. He has developed some guidelines in his role. Through outreach, educational support and other consistent work in the community, orchestras can become a place where people go to hear their children and neighbours perform.

Until that work is accomplished, the orchestra can be a hostile place for the lone Black musician.

Real change
“Black people are all exhausted. I was completely burnt out after George Floyd,” says Bartholomew-Poyser. He suggests that instead of asking what to avoid saying to Black people, put them on the board or in positions of power.

As artist in residence and community ambassador of Symphony Nova Scotia, he received a call from Christopher Wilkinson, the CEO. “He asked me, ‘Do you think we could do a concert with Maritime Bhangra Group and Symphony Nova Scotia? I thought about it for three seconds. I said, ‘Yes.’”

Bartholomew-Poyser envisions the orchestra as a library of sound that can be applied to music from all over the world, not just the European canon. He arranged bhangra music for the symphony. The concert was a success.

“That is what inclusion looks like. That is vulnerability on his (Wilkinson’s) part. That is respect. That is handing over responsibility. Putting people of colour in positions of power. And trusting them with it,” he says.

Bartholomew-Poyser insists artists need to be able to talk about their experiences of micro-aggressions, “othering” and more overt harm, with each other and with their organizations. The Stratford Festival and the National Ballet of Canada were recently called out by Black artists.

The power of many
Iveniuk relished experiences of working south of the border and the opportunity to be one of many Black people in an orchestral setting. “Mind blown!” she laughs. “A whole orchestra of us?”

Thibideau has yet to have that experience. She’s dedicating 2020 to creating her own projects including a performance package to be used to entertain people in the prison system.

Iveniuk’s many projects include the Odin Quartet. and planning to train as many BIPOC kids as she can.

Bartholomew-Poyser plans to catch young BIPOC players coming up. He says support looks like money, as well as mentorship, lessons as well as transportation to and from concerts. It also looks like Black classical artists keeping in touch, he says, because “we need each other.”

In Canada’s already spread-out classical community, these vital connections will be the key to increasing the participation and visibility of Black instrumentalists.

Gloria Blizzard is an MFA Candidate at the University of King’s College, Dalhousie University; and Gillian Turnbull is a Contract lecturer in the Music section, Department of Philosophy, at Ryerson University.