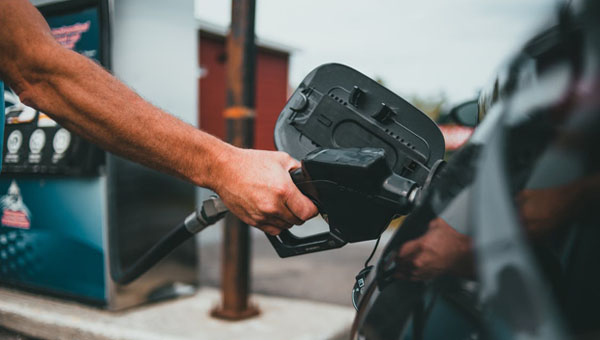 Consumers paid 54.6 percent more for gasoline in June, following a 48.0 percent increase in May, contributing the most to headline inflation. Photo credit: Erik Mclean/pexels.

The inflation rate acceleration in June was mainly due to higher prices for gasoline, however, price increases remained broad-based, with seven of eight major components rising by 3 percent or more.

Excluding gasoline, the CPI rose 6.5 percent, year over year, in June, following a 6.3 percent increase in May.

On a monthly basis, inflation decelerated by 50 percent, rising by only 0.7 percent in June, as compared to a 1.4 percent increase in May. On a seasonally-adjusted monthly basis, the CPI was up 0.6 percent.

On average, prices rose faster than hourly wages, which increased 5.2 percent in the 12 months to June, based on data from the Labour Force Survey. 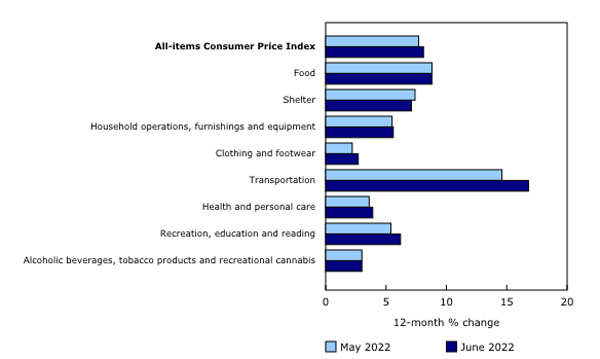 Year-over-year price growth for gasoline remains elevated
On a year-over-year basis, consumers paid 54.6 percent more for gasoline in June, following a 48.0 percent increase in May, contributing the most to headline consumer inflation.

Prices at the pump rose 6.2 percent, month over month in June, following a 12.0 percent increase in May. Gas prices largely followed crude oil prices, which peaked in the first week of June, with higher global demand amid the easing of COVID-19 public health restrictions in China, the largest importer of crude oil.

Crude oil prices eased in the remaining weeks of June, amid slowing demand worldwide, related to concerns of a global economic slowdown. 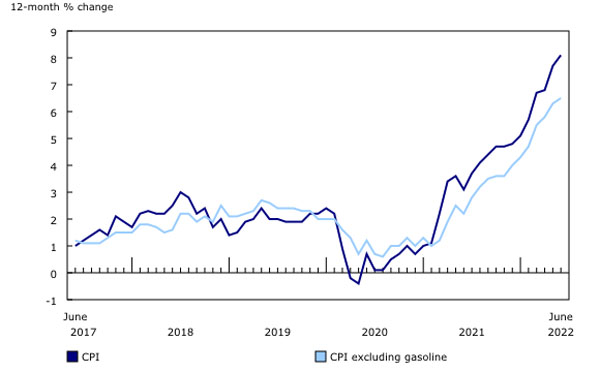 Other-owned accommodation expenses rose less, year over year, in June (+12.2%) than in May (+14.8%), driven by the first month-over-month decrease, since August 2019. This reflects lower real estate commissions, as housing prices ease from early 2022 highs.

The homeowners replacement cost index also increased at a slower pace, year over year, in June (+10.0%) compared with May (+11.1%), further moderating the increase in the shelter index.

And the mortgage interest cost index continued to decrease at a slower pace, on a year-over-year basis, down 0.6 percent in June, following a 2.7 percent decline in May, putting upward pressure on the all-items CPI. This was driven by the largest month-over-month increase (+1.4%) since September 1982, amid higher bond yields and a higher interest rate environment.

Traveller accommodation and air transportation prices continued to rise at a faster pace. The easing of public health measures and the increase in tourism, which followed, has led to higher demand for travel-related services.

Travellers, across the country, faced higher prices for accommodation (+49.7%) compared with June 2021, with prices rising the most for consumers in Ontario (+68.0%).

The return of sporting events, festivals and other large in-person gatherings has resulted in higher demand for accommodation, particularly in major urban centres.

Prices for air transportation rose 6.4 percent, month over month, in June, following a 0.8 percent decline in May. Air travel has continued to increase, amid loosening COVID-19 public health restrictions, with pent-up demand heading into the summer travel season putting upward pressure on prices.