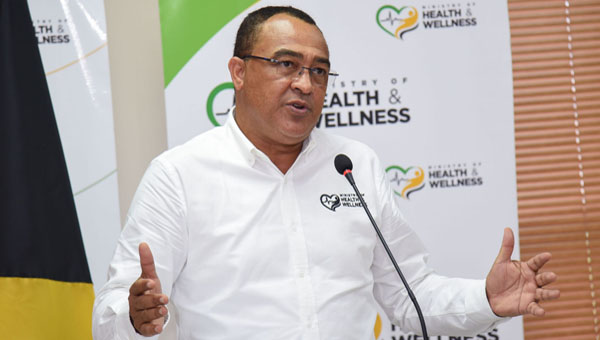 KINGSTON, Jamaica (Friday, October 23, 2020) — The Ministry of Health and Wellness will be closely monitoring the Golden Age Home in Vineyard Town, Kingston, over the next 14 to 21 days, as the government puts measures in place to address the cluster of coronavirus (COVID-19) cases at the facility.

Health Minister, Dr. Christopher Tufton, said the situation at the home is projected to be controlled, within that time period.

He was addressing a joint digital press conference with Minister of Local Government and Rural Development, Desmond McKenzie, on Wednesday, to outline measures to contain the spread of the virus at the facility, which accommodates the vulnerable older population.

“Firstly, there will be restricted movement, between the various residential areas at the home; strict enforcement of the no-visitor rule; strict adherence to infection prevention and control measures; and strict adherence to mask wearing, at all times,” Dr. Tufton related.

He noted that the government is fast-tracking, with the support of two mobile units, the testing of all 428 residents and 162 staff members — to be completed within two days.

In addition, he said that persons awaiting results are being put into quarantine pending the outcome of their tests, elaborating that all residents and staff are being monitored closely and those, who become symptomatic and need hospital care, will be transferred to an institution.

A team of caregivers has been identified to provide the necessary care for the residents at the home.

Up until Tuesday, 43 residents and three staff members had tested positive for COVID-19, from 72 samples taken. The cases are confined to one section of the facility.

The first positive case was confirmed on October 15 for a 73-year-old resident, who had become symptomatic on October 5. The symptoms included a productive cough and fever, and the patient was admitted to the Kingston Public Hospital (KPH) and sampled on October 13.

Dr. Tufton said enhanced surveillance of the infirmary was initiated on Saturday, with testing and contract tracing at the section, where the resident was housed.

Infected residents have been placed in isolation, while staff members are isolated in their homes. The Health Minister said that the positive cases were, despite the safety measures put in place at the facility.

“To my mind, there was a fairly good setup… to reduce or even eliminate the possibility of the virus coming in,” he noted.

“When I went [three weeks ago], I was keen to look at the structures that were in place, so starting at the gate, temperature check and hand-wash stations were in place, which meant that persons were expected to go through that process,” he pointed out.

“Workers coming in had changing arrangements, so they would not bring in any possible contamination on their clothing. There was isolation or the separation of blocks, so persons were not comingling,” he noted further.

Dr. Tufton said there was also a new isolation room when he visited.

Minister McKenzie, who has portfolio responsibility for golden-age homes and infirmaries, disclosed that investigations are under way into the cluster of coronavirus (COVID-19) cases at the Home, and pointed out that the necessary health and safety protocols were put in place. 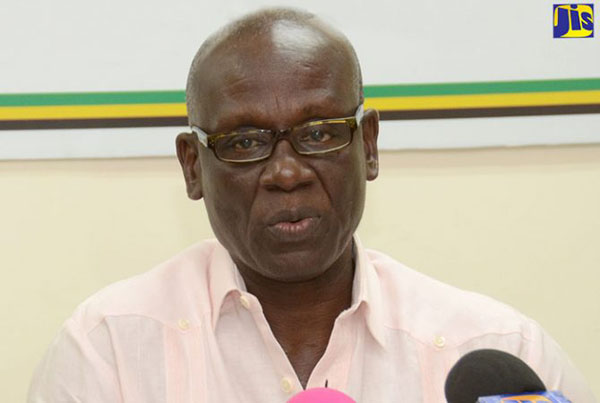 “All the measures that were laid down when we gave the infirmaries a charge that we are not accepting any new patients, no visits, the protocols in terms of the sanitisation [and] temperature checks, they are all in place,” he said.

“We are concerned because it is clear that some of the protocols that were put in place were not observed, and that is why we are where we are today,” Minister McKenzie said.

He said that before the uncovering of the Vineyard Town cluster, the protocols that were implemented by the government, had been working effectively, as there were only five cases in the 14 infirmaries across the island – two each in St. Thomas and Hanover and one in St. Elizabeth.

He noted that only one of those five patients is still in the hospital.

“So it is clear that the protocols that we have put in, since March, have worked, but there was some slippage at Vineyard Town and we are very concerned about it,” he stressed.

In the meantime, Mr. McKenzie is urging all members of staff of infirmaries, who have not yet been tested, to make themselves available.

“We are now putting on high alert all the infirmaries, across the country, and we have already issued strict instructions as to the guidelines that were in force before. We are now going to be re-enforcing it and strengthening those guidelines working closely with the Ministry of Health,” he said.