New in Pride
Home / Parenting & Education / Class Of 2018, Graduation Is Only Your First Hurdle 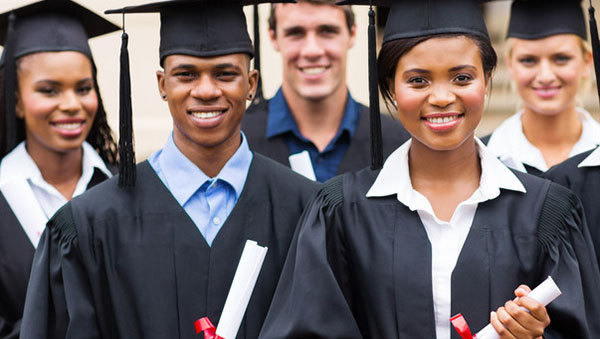 Class Of 2018, Graduation Is Only Your First Hurdle

All across the nation, families have gathered, people have celebrated, and graduations are being hailed as occasions of joy.

However, despite these many occasions, inundated with flashing cameras, deafening applauses, smiles and tears of joy, if you are Black or a Black Canadian, there is a certain tenet that should be borne in mind, as you step off the podium with diploma/certificate in hand: graduation is only the first hurdle, one of the many that you must clear.

Canadians, nationwide, believe their country to be peaceful and multicultural, without racism. The “Meanwhile in Canada” meme on social media — usually in response to any crisis taking place elsewhere in the world — depicts Canada as a peaceful and idyllic Eden, where Canadians only deal with minor, trivial problems, as an exaggerated contrast.

With the tumultuous events, outside our borders — from Donald Trump’s blatantly racist and bigoted statements to the xenophobia that surfaced during the Brexit campaign -– some Canadians are really sold on the false impression that everything’s perfect, up here at home.

But herein lies the problem: while we may embrace and celebrate its diversity more than other country, all of these problems still exist, here in Canada — from racialized policing, to the regular stream of ugly, racist incidents that seem commonplace in the United States. allthecanadianpolitics.tumblr.com/post/147425176299/meanwhile-in-canada-canadians-are-forgettings

Every day, every single day, you will face the possibility of inimical racism, differential treatment, and the threat of law enforcement, to compel compliance with the most vacuous of laws and norms, either spoken or unspoken.

Although such a statement may appear problematic, it reflects a clear understanding of the common misunderstandings of racism in Canada.

That’s why Monica, a black woman, is still traumatized; mistakenly arrested at a Brick Store, handcuffed and placed in the police cruiser by a white female officer. The female officer then went inside the store to check the surveillance camera recording. Shortly after, she came out and informed Monica that she was seen entering the store alone. The officer then released Monica and invited her to go see the store manager. www.crarr.org/?q=node/19997

That’s why Daniel Louis was pepper-sprayed, at close range, and arrested by Montreal police during Grand Prix weekend. www.crarr.org/?q=node/19993

That’s why Armstrong Victor, a Black, dreadlocked male, who worked as a sous-chef at a restaurant in the Quartier Dix30 shopping center in Brossard, after a transaction at a branch of National Bank, was mistaken for a thief and escorted by four security guards, for further investigation. Upon being escorted back to the branch by the security guards, Victor learned that the bank clerk and the manager had not reviewed any security footage to support their allegations. Upon doing so, they realized their mistake and Mr. Victor was immediately cleared of any wrongdoings www.crarr.org/?q=node/19991

That’s why Emile Wickham and his three friends were requested to pay for their meals in advance, when they went to Hong Shing Chinese Restaurant, a popular establishment just east of Toronto’s Chinatown ……. and the beat goes on. www.dailymail.co.uk/news/article-5680601/Black-graduate-wins-8-000-damages-restaurant-racially-profiled-group-pay-meal.html

In far too many instances, the police are called to put Black people in their place, to compel them to comply, to bolster the credo of white supremacy. Law enforcement officers are transformed into servants of racism, seemingly bent on keeping us in our place.

I want the graduates to know that their place is everyplace. To the class of 2018, let these words resound: your place is in that Chinese restaurant as a respectable patron, paying only after being served. Your place is at the store, shopping at ease, like any other customer. Your place is going to the bank and conducting any transaction without fear of mistaken identity.

Your place is across any graduation stage throughout this nation.

Starbucks may close all its Canadian-based stores, to the tune of millions of dollars, for unconscious bias training. But who trains the biased police officers and the people who summon their assistance in dealing with black people.

The Class of 2018 will have to learn, as have thousands of other Black Canadians, that racism is alive and well. They, but even as some cross the stage, they are being reminded that there are many more hurdles to clear, to survive in our, unfortunately racist nation.

Perhaps though, the Class of 2018 will be among those to dismantle the racist hurdles. In the process of clearing other hurdles (graduate and professional school), perhaps they will also find the wherewithal to eliminate racial barriers to success.

Go Class of 2018. One hurdle is down but there are still others around.