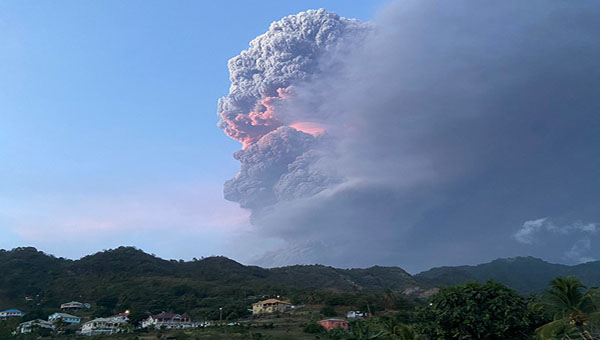 The explosion took place at about 4:15 a.m. and dangerous pyroclastic density currents (flows) were observed on the eastern and western flanks of the volcano, the SRC Team said.

Pyroclastic flows are fast-moving flows of lava, ash and hot gases, which burn anything in their path.

Neighbouring Barbados has also received heavy ash deposits, and Prime Minister, Mia Mottley, has announced today, as the start of a national clean-up, urging Barbadians to clear up the ash from around their homes and properties.

The Vincentian government, last Thursday, issued a mandatory evacuation order for residents in areas, in the north of the island, close to the volcano.  Some 20,000 residents of this so-called Red-Zone, are expected to be moved to shelters and other temporary accommodation in the southern part of the island.

Several neighbouring East Caribbean Islands have offered to accommodate some of the evacuees.