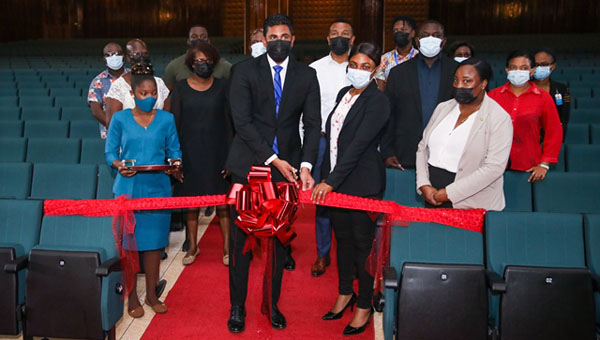 Minister of Culture, Youth and Sport, Charles Ramson Jr, announced that the project, which costs $84 million, was executed, over a short period of time, due to its importance. The new seats were procured and made to specification in Spain.

“In a very short space of time, we were able to get the seats removed and installed, and it’s been a big issue for all of the people, who have come to visit the National Cultural Center, over the years, and I think, all Guyanese are going to be very excited that the seats are now replaced.

“I’ve tested the seats myself, and I think all Guyanese are going to be happy with the quality that we have here, and we expect to have a lot of great events, and people are going to be very comfortable with the new seating,” he said. 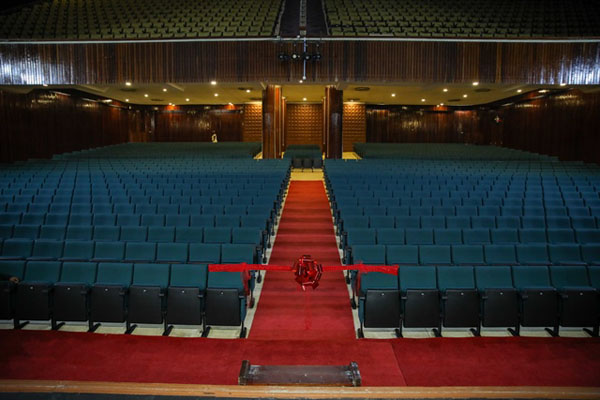 Minister Ramson said, while the project was executed in a short time frame, the government was very keen to ensure the delivery was up to standard.

“Project management is an important part of government functions, to see that it happens as it was procured, as well as within the timeframe and within budget, is something that governments have to focus on. And it’s something that I’m focusing on, particularly,” the minister noted.

There were also upgrades to the Center’s lighting, sound and security systems.

“So right now, it’s just mainly on the inside we’re looking at, focusing on the lights and the sound. We still may have some air conditioning issues, which I want to focus on, but we have to test it first,” he added.

He said further, that with new seats in place, the ministry will be hosting a vaccination campaign at the end of the year.

Employees of the National Cultural Center also shared how elated they were to finally see the theatre seats being replaced, after it had been in a deplorable state for a very long time.

Megan Hazel, Administrative Manager of the facility, said she is pleased with the efforts being made by the government, to improve the facility.

“For years, we have not had a fire alarm system, if something is to happen. So that was put in, and so we can only see from here, we can only see progress. That’s what we expect from this young minister…So I’m grateful that we have this here now… “Those chairs before, have been here from 1972. Now, who keeps chairs from 1972? … So, I want to thank the government for this initiative and hoping that we will continue to progress,” she stated.

The remaining seats for the top floor are expected to be replaced at a later date.