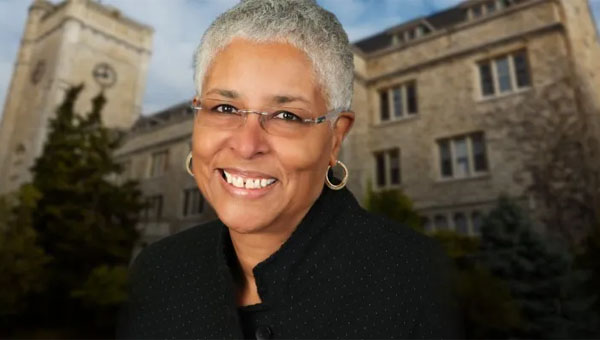 GUELPH, Ontario (Friday, May 6, 2022) — Dr. Mary Anne Veronica Chambers, a former Ontario cabinet minister, long-time champion of the University of Guelph (U of G) and lifelong education and community advocate, has been named as the University’s next chancellor.

Dr. Chambers was unanimously elected Chancellor by the University’s Senate, during its April 7 meeting. She will be installed as the 10th chancellor since the University’s creation in 1964, during a ceremony, next month.

“She has dedicated her life to improving the lives of others. She has worked tirelessly to make higher education accessible and inclusive for everyone and to improve circumstances for children, youth and families, especially in racialized communities in Canada and around the world. Mary Anne is the perfect choice for our chancellor.”

As chancellor, Chambers will preside at convocations, confer all University degrees, provide strategic advice to the president, and act as an ambassador.

As the University’s senior volunteer, she will also represent its interests to all government levels. The chancellor is also an ex-officio voting member of the University’s Senate and Board of Governors.

After immigrating to Canada from Jamaica with her husband and two young sons in 1976, Chambers held progressive roles with Scotiabank, and eventually served as senior vice-president. She took early retirement in 2002 and ran for public office the following year.

Elected to the Ontario legislature as a Liberal in 2003, she was appointed minister of training, colleges and universities and then minister of children and youth services. 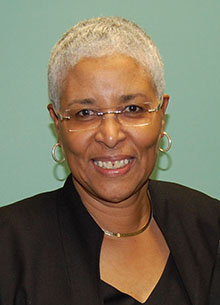 “I have always been passionate about education as being the door to opportunities for a better quality of life for individuals, their families, communities and, ultimately, our entire world,” Chambers said.

“This University has so much to contribute to the achievement of the ambitions of the people of this province, our country and beyond, given its areas of specialty and its long-standing commitment to sustainability in its broadest sense. I am truly honoured to be chosen to serve the University of Guelph as its chancellor.”

Among Chambers’ honours, she was named to the Order of Ontario; has received the Queen Elizabeth II Golden Jubilee and Diamond Jubilee medals; the Prime Minister of Jamaica’s Medal of Appreciation; a University of the West Indies Vice-Chancellor’s Award; and a YWCA Toronto Woman of Distinction Award.

Ensuring accessibility, equity, diversity and inclusion in higher education and improving life for children, youth and families have long been passions for Chambers, and her commitment is reflected in her work and achievements.

As minister of training, colleges and universities, she announced the largest multi-year investment in post-secondary education in four decades, and introduced major improvements to student assistance policies and funding.

She has personally funded more than 60 scholarships for students at Ontario universities and colleges, including at U of G, where she created an entrance bursary for Black students in the College of Social and Applied Human Sciences.

As a member of U of G’s Board of Governors, from 2010-2016, she served on the Board’s audit and risk committee and physical resources and property committee and chaired the working group on responsible investing.

Among her honours, she was named to the Order of Ontario and has received the Queen Elizabeth II Golden Jubilee and Diamond Jubilee medals, the Prime Minister of Jamaica’s Medal of Appreciation, a University of the West Indies Vice-Chancellor’s Award and a YWCA Toronto Woman of Distinction Award.

Chambers is currently a governor of Canada’s International Development Research Centre, a senior fellow at York University’s Glendon School of Public and International Affairs and is the special advisor for the City of Markham’s anti-Black racism strategy.

Chambers has served on the governing council of the University of Toronto and on the boards of not-for-profit organizations, including Cuso International, the Centre for Addiction and Mental Health, the Project for the Advancement of Childhood Education, the United Way of Canada, United Way Toronto, YMCA Toronto and the Rouge Valley Health System.