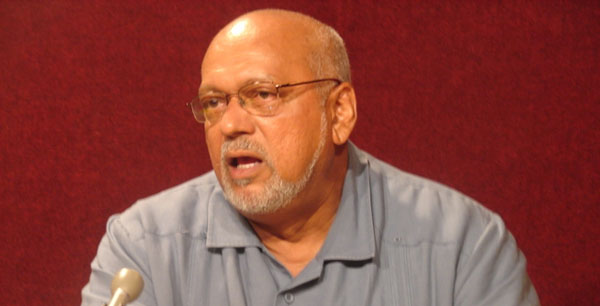 GEORGETOWN, Guyana CMC – Guyana and Brazil will hold another round of talks later this month as both countries seek to expedite the process of deepening bilateral cooperation.

No date has yet been set for the Guyana-Brazil Joint Commission on Infrastructure Development meeting that will discuss projects such as paving the long stretch of road from Linden to Lethem, establish a deep water harbour and evaluating the possibilities of a hydropower plant to supply energy to both countries.

The first meeting of the Working Group on Infrastructural Projects was held in February after a Memorandum of Understanding (MoU) was signed between Guyana’s Minister of Foreign Affairs Carolyn Rodrigues-Birkett and the Brazilian Minister of External Relations, Antonio Patriota.

Speaking at a reception to observe the 191st anniversary of the Federative Republic of Brazil on Friday night, President Donald Ramotar said that “it is envisaged that this enhanced partnership between our two countries will not only increase the prosperity of our two peoples, but would also redound to the benefits of the region as a whole.

“Our infrastructure projects, while of national significance will form part of the wider South American physical integration programme,” he added.

Improving the Linden Lethem road has been in the making since former Brazilian President Luis Inacio Lula Da Silva promised to support the effort when the bridge across the Takutu River separating the two countries was commissioned in 2009.

A deepwater harbour and hydroelectricity were the other priority areas, the two countries had also agreed during bilateral discussions.

Having partnered in military, security, agriculture, aquaculture at the bilateral level and shared the same vision for development at the level of the Union of South American Nations (UNASUR), the Amazon Cooperation Treaty Organisation (ACTO) and the Community of Latin American and
Caribbean States (CELAC), both countries are optimistic about the future.

Guyana became an Associate Member of Mercusor, after signing a Framework Association Agreement, and Brazilian Ambassador to Guyana, Luiz Seixas De Andrade said this step would “certainly open more opportunities for the development of Guyana’s trade and economic ties with Brazil and with all other member states of the trading bloc”.

Mercusor is a regional trade agreement among Argentina, Brazil, Paraguay and Uruguay.