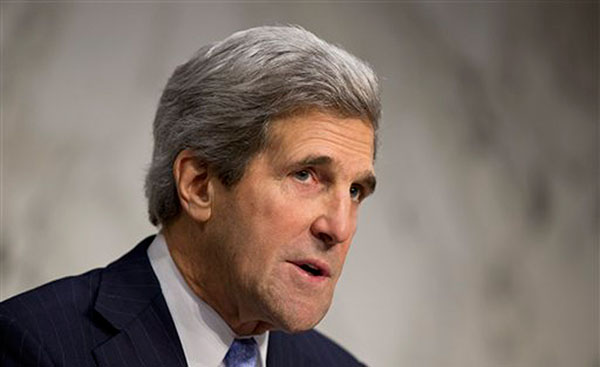 US Urges Greater Cooperation With Caribbean In Enhancing Democracy

WASHINGTON, DC CMC – The United States is urging greater cooperation with Latin America and the Caribbean in strengthening democracy, investing in education and combating climate change.

Addressing a special meeting of the Organization of American States (OAS), US Secretary of State John Kerry, spoke of Washington’s cooperation with regional countries, based on a “relationship between equals.

“This is certainly the best place to discuss the common challenges our region faces today and in the near future,” he said, rejecting the policies pursued by the US in the past in Latin America and the Caribbean through the Monroe Doctrine.

“The era of the Monroe Doctrine is over. The relationship that we seek and that we have worked hard to foster is not about a United States declaration about how and when it will intervene in the affairs of other American states.

“It’s about all of our countries viewing one another as equals, sharing responsibilities, cooperating on security issues, and adhering not to doctrine, but to the decisions that we make as partners to advance the values and the interests that we share,” Kerry said, calling on regional countries to work toward the same goals, adding “in unity, there is strength”.

In this regard, he raised three questions which he said were crucial to the future of the region.

The first question is whether the countries of the Hemisphere are able to work together “in the promotion and protection of democracy, security and peace that all the peoples of the Americas deserve” while the second concerns whether “we will be able to advance prosperity in the Western Hemisphere and educate our youth to lead the economies of the future”.

Kerry said the third question was whether the US and the region will be able to “address the threat posed by climate change”.

Kerry said achieving positive responses to these questions would mark the future of the Hemisphere.

“The real challenge of the 21st century in the Americas will be how we use our democratic governments to deliver development, overcome poverty, and improve social inclusion,” he said, recalling that, 50 years ago, then President John F. Kennedy called for a similar vision in the region, in which each country is secure, and acts independently and freely.

On the protection of democracy, Kerry said the region can be “immensely proud” and that “successful democracies depend on all citizens having a voice and on respecting those voices, and all governments having the courage and the capacity to listen to those voices”.