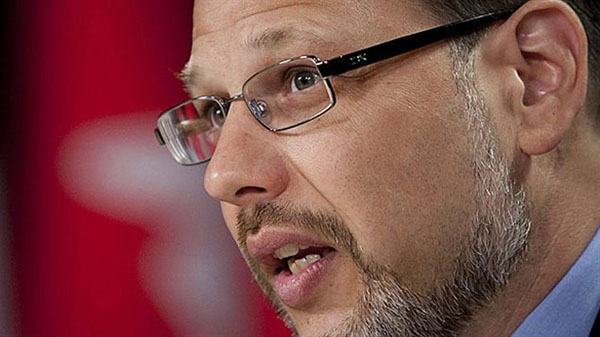 On November 26, the 40th Annual Report of the OCI was tabled in parliament.

With a special focus on ethno-cultural diversity in corrections, the report says visible minority groups (Black, Asian, Hispanic) and Aboriginal people are disproportionately over-represented in federal penitentiaries and growing at alarming rates.

The Correctional Investigator, Howard Sapers, notes that recent inmate population growth is almost exclusively driven by increases in the composition of ethnically and culturally diverse offenders.

Over the past 10 years, visible minority groups increased by almost 75% while the Aboriginal incarcerated population increased by 46.4%.

Although Black Canadians account for less than 3% of the total Canadian population, 9.5% of federal inmates today are Black (an increase of 80% since 2003/04). ACPAC says the figure is 85%.

Aboriginal people represent a staggering 23% of federal inmates yet comprise 4.3% of the total Canadian population.

One-in-three women under federal sentence are Aboriginal. “These are disturbing trends that raise important questions about equality and our justice system in Canada,” added Sapers.

During this 10-year period, the population of Caucasian inmates actually declined by 3%.

Nearly one-in-four visible minority inmates are foreign-born, many practice religious faiths other than Christianity and a number speak languages other than English or French.

ACPAC is an alliance of concerned Afrikan Canadian individuals and organizations that have come together initially to engage the Canadian Human Rights Commission (CHRC) on issues related to the overrepresentation of Afrikan Canadians in the federal prison system and the shortfall in the mental-health care they receive.

Since the summer of 2011 it has been evolving as a vehicle to research and advocate for culturally competent and culturally specific services to meet the needs of African Canadians.

The OCI contracted with the Afrikan Canadian Prisoner Advocacy Coalition (ACPAC) to provide a literature review, expertise and analysis of Black Canadians in conflict with the law.

A case study conducted by the Office in 2012-13 on the experiences of Black inmates under federal custody found that they are over-represented in maximum security and segregation, incur a disproportionate number of institutional charges, and are more likely to be involved in use of force incidents.

The majority of Black inmates are incarcerated in federal institutions in Ontario (60%) and Quebec (17%) with 4% being women and 96% men.

The Black inmate population is young. Approximately one-half of Black inmates are 30 years of age or younger; only 8% are over the age of 50.

49% of these inmates are foreign-born, primarily from Jamaica (17%) and Haiti (5%), but there are also sizable populations whose home countries are Barbados, Ghana, Grenada, Guyana, Somalia and Sudan.

Most Black inmates reported an affiliation with some form of Christianity. Other religions that were reported included: 23% Muslim and 6.5% Rastafarian.

The report said that as a group, Black inmates are not more violent than other identifiable groups.

On average, Black inmates are no more likely to be serving a sentence for a violent offence than the general inmate population.

“While many Black inmates reported interactions with other inmates and staff that were considerate and respectful, nearly all Black inmates interviewed for the case study reported experiencing discrimination by correctional officials,” the report states.

“CSC needs to do a better job of recruiting and retaining a more diverse front-line and program delivery staff, especially in institutions which house the greatest proportion of visible minority offenders,” said Sapers.

The Correctional Investigator recommends that CSC develop a national Diversity Awareness Training Plan to provide practical and operational training in the areas of diversity, sensitivity and cultural competency.

Sapers also recommends the establishment of an Ethnicity Liaison Officer responsible for building and maintaining linkages with culturally diverse community groups and organizations, which at present are very limited.

ACPAC says the mental health status of African Canadian inmates is a serious issue that requires urgent attention. It is disappointed that after developing an extensive literature review for OCI on this issue, the Annual Report did not address this urgent crisis.

It is the position of ACPAC that structural racism, pervasive poverty, systemic abuse and cultural incompetence within the correctional system, all contribute to the current overall crisis with African Canadian, other racialized and Aboriginal inmates as well as also contributing to their worsening mental health status.

“Unless these factors are addressed in concert with other parts of the government and the community, we fear that the situation will simply continue to deteriorate.

We believe that the current crisis requires more than diversity training and appeal-type individual advocacy. Dramatic and radical action is needed to arrest this development,” the alliance says in a press release.

ACPAC also believes that addressing this crisis ought to be a shared responsibility involving various levels of government, the African Canadian community and the Canadian Human Rights Commission.

ACPAC recommends that structural racism needs to be clearly acknowledged as an important reality within Correctional facilities. Anti-racism and anti-oppression policies and accountability frameworks need to be instituted and monitored with clear consequences for offenders.

The alliance recommends that more specific research is needed on the mental health status of African Canadian inmates.

ACPAC is committed to continued advocacy on these issues and to provide support in advancing collaborative, comprehensive interventions to address this crisis.

Robert Wright, a social worker and PhD student at Dalhousie University in Halifax, Nova Scotia and Nene Kwasi Kafele, a PhD candidate at York University who has written extensively on mental health and race, are ACPAC executive members.

The report of the OCI said that, taken as a whole, visible minority inmates often have better correctional outcomes when compared to the total offender population.

Over the last 7 years, on average, less than 5% of visible minority inmates have been readmitted within two years of their warrant expiry date.

The rate for the general population is 10.1%. Notwithstanding, visible minority inmates face considerable challenges.

In 2011-12, there were 55 Black women inmates serving time in a federal penitentiary, representing 9.12% of the incarcerated women population.

The majority of Black women inmates (78%) are held at Grand Valley Institution (GVI) in the Ontario region.

Black women were most likely to be incarcerated for Schedule II (drug) offences(53%).

Interviews with Black women at GVI revealed that most were incarcerated for drug trafficking.

Many indicated that they carried drugs across international borders primarily as an attempt to rise above poverty. There were some who reported/indicated being forced into these activities with threats of violence to their children and/or families.

Most Black women interviewed were foreign nationals. Many indicated that the high cost of calling home from prison meant that they rarely spoke with family members. CSC policy does not allow for the use of considerably less expensive calling cards.

The Office will be examining, in depth, inmate telephone cost over the coming year.

The report noted that restricted contact with home and family presents huge reintegration challenges, particularly because many face deportation upon completion of their sentence.

Other sections of the report address ongoing priorities of the Office such as mental health care, prevention of deaths in custody, conditions of confinement, issues affecting Aboriginal and women offenders and access to correctional programs.

As the ombudsman for federally sentenced offenders, the Office of the Correctional Investigator serves Canadians and contributes to safe, lawful and humane corrections through independent oversight of the Correctional Service of Canada by providing accessible, impartial and timely investigation of individual and systemic concerns.