New in Pride
Home / National News / A Family Reunion With A Charitable Intent: Over 300 Family Members Donate To Guyanese Causes

A Family Reunion With A Charitable Intent: Over 300 Family Members Donate To Guyanese Causes

“Dear land of Guyana, of rivers and plains

Made rich by the sunshine, and lush by the rains,

Set gem-like and fair, between mountains and seas,

Your children salute you, dear land of the free.”

This is the first verse of Guyana’s National Anthem; the last line telling the tale of a people paying homage to the land of their progeny.

Our Roots Run Deep: This is the mantra and the theme behind the 2014 John/Rimple Family Reunion scheduled for July 16 – 30, 2014 in Georgetown, Guyana’s capital city. 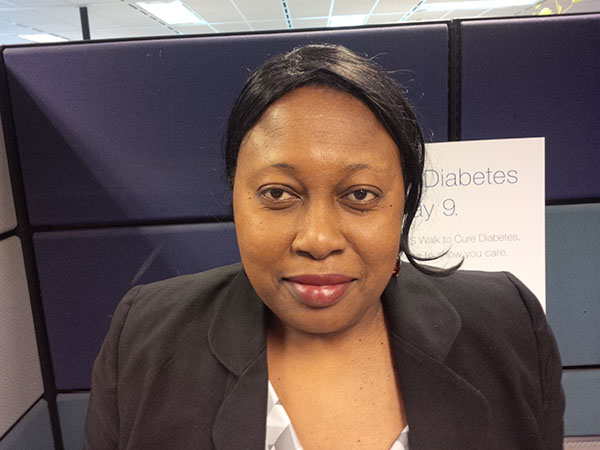 A community event, the family reunion attracts family members and friends from all over the world.  In this, the third iteration and the first outside of North America, Fanfair says, “We are very excited to do so, as some of our children and grandchildren have never visited Guyana.”

The genesis was 2006, with the 200-people-strong reunion held in Long Island, New York, where the event was featured in local newspapers and received greetings from the mayor.

Four years later saw the 2010 Reunion in Toronto, Canada, during the busiest weekend in the city — Carnival. The more than 350 strong party received best wishes from Toronto’s Chief of Police, the Mayor’s Office, and were featured in the Carnival brochure, the Toronto Star and Share newspapers and on CTV to name a few. A donation of $500 was made towards the Carnival Haiti relief fund, while simultaneously generating tourism dollars for the Canadian economy.

As the Reunion travels to Guyana, it will take the community-minded spirit, focus and talents of the collective to impact lives.  “Our family is made up of many talented professionals and we would like to share our talents with youths in Guyana,” says Fanfair.

For the Guyana trip, the family has put in place “Make Over Day” plans for the Raphael Realty Day Care Centre and Real Estate Offices.

Claude Raphael is a popular sports philanthropist, especially in the cricket community, and was President of the Malteenoes Sports Club for many years.

While Raphael was the CEO of The Mortgage Bank of Guyana, he gained the respect of many fellow Guyanese for his honest and compassionate nature in dealing with customers.

This transcended to his dealings  with the less fortunate, spearheading initiatives such as the Guyana Flood Relief and helping children of the Malteenoes Sports Club.

If a child has the talent, but not the financial means to pursue their dreams, Raphael provides sponsorship so that they may attend the Sports Club.

Similarly, after establishing a Daycare Centre on the property of his real estate office, and seeing the need of many families, especially with young single mothers, who could not afford the cost of daycare, Raphael absorbed those costs.  Though the facility has since changed ownership, it is still housed on Mr. Raphael’s property.

During a 2012 visit to Guyana for the Eco tourism Conference, Fanfair saw the need for repairs at the daycare and real estate facility, and realized that  ‘Birdy’, as her family fondly calls Raphael, could not be an island alone.

Fanfair, who is the wife of veteran, award-winning journalist, Ron Fanfair, of Share newspaper, said she realized that, “A little paint, some pictures, a nice computer chair and desk would go a long way in making his office much more comfortable.”

For the daycare, there is a dire need for simple things such as mattresses/cots, school books, crayons, etc.

“Little things such as non-perishable food items and a little paint and cleaning will go a long way, so that is what we will be doing for one day of our vacation time when we are there,” says Fanfair.

When her younger brother, Sherlon Chance, approached her with the idea of doing a basketball camp while in Guyana during the reunion, she immediately thought it was a great idea.

Chance, who works and coaches basketball in China, was once a promising NCAA-scouted basketball player who played for Durham Lords, before a career ending injury halted his opportunity to play for Michigan State and other promising American colleges who were scouting players at that time.

After graduating college, Chance coached and worked with sports greats including Leo Rautins, and with the Toronto Basketball Association to name a few.

Chance and Fanfair developed the idea of not only hosting a two-day, free basketball camp in Guyana for players of the youth team, but also to solicit equipment and personal items for the players and the team.

Fanfair made contact with Chris Bowman, Director of the association Youth Basketball Guyana and the founder of the National School Basketball Festival(under 14, 16, 19 and girls).  Bowman provided, t-shirt and shoe sizes for the players—ticket items for which the family is hoping to get sponsors.

The group has already solicited and received sponsorship from FILA of gym socks and water bottles; other items such as toothpaste, soaps, books, crayons, pencils, pens have been received from friends and some community organizations such as Ned Blair, Bernice Carnegie (Future Aces), Jennifer St. Aubyn and William Henry to name a few.

Eager to be a part of the initiative, Walmart Ajax provided basketballs at greatly reduced cost as their sponsorship contribution. According to Fanfair, “One item still in great demand is gym-bags.” She is confident however, that they will be received in time for shipping.

There is a request for donations of gently used items, especially from companies who may have computer desks or chairs they can donate, which the group will collect.

The group will ship most items by June 1-5, so that they can process these items through customs themselves when they arrive on July 16, 2014.

Once Fanfair and family arrive in Guyana, the youth will assist with painting the facilities on July 23, and be treated to a barbeque hosted by the family members.

Truly this convocation of philanthropists have taken to heart the motto of the land from which they spring: One People, One Nation, One Destiny.

If you would like to donate or sponsor any items for this most worthy endeavour, please contact Dessie Fanfair at: dessieann1@gmail.com or (416) 676-3793.