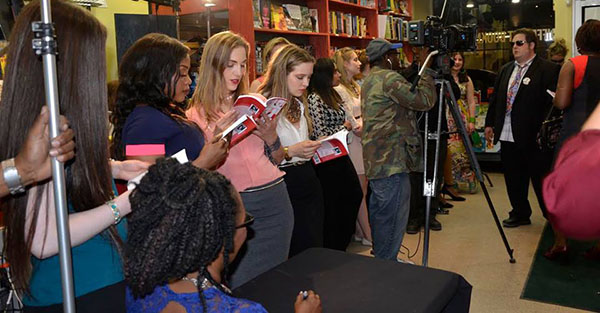 Is Sandy Daley Aspiring To Become The Canadian Shonda Rhimes?

Photo above is of cast members in a scene from the “Whose Vagina Is It, Really?” movie trailer. Photo by Vanessa Malloy.

TORONTO, Ontario — Author, actress, social commentator, and now emerging filmmaker, Sandy Daley, who wrote the highly received book, “Whose Vagina Is It Really?”, has now turned her attention to producing and screenwriting. She is the executive producer and screenwriter of the film of the same name.

The trailer for “Whose Vagina Is It, Really?” was shot in and around Toronto on May 27 and 28 and was produced by Daley’s production company, Chocolate Doll Productions. 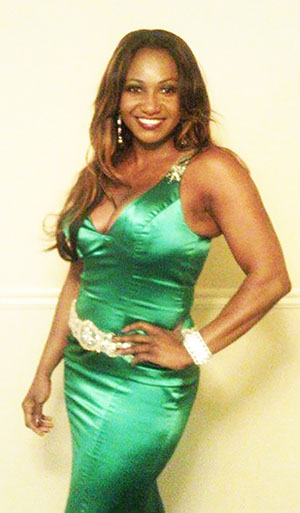 The book examines the social relationships, cultural and moral values, and how religious fervour plays a key role in today’s male-female relations. The context for her book came from her own experiences in dealing with men, who just weren’t trustworthy, loyal or even worthy of her time, as she struggled as a young woman to find her own sexual identity.

“I definitely have a lot in common with Gertrude,” says Daley, who is a columnist with Pride News Magazine, in which she talks about relationship issues — sexual and otherwise. “I have made so many mistakes in the past and I am sure that I will make more in the future. The point is that I am willing to share my story to the world and allow criticism and growth to come my way.”

The film mirrors past classics such as, Spike Lee’s She’s Got To Have It, author Terry McMillian’s Waiting to Exhale and Eve Ensler’s Vagina Monologues. The female characters in the film are vulnerable, yet strong enough to handle whatever comes their way.

Daley, a Jamaica-born Canadian citizen, follows in the footsteps of other Black Canadian female producers, such as Christene Browne (Another Planet) and Jennifer Holness (Love, Sex and Eating the Bones).

“This is the first of many projects,” says Daley. “There are so many different female stories to tell.”

The trailer stars Kylie Shannon Gilmour and Mike Barkey. A crowd-funding site is being set up to acquire additional investors and sponsors, and the film will be completed by 2016.

For more information please contact Sandy Daley at www.sandydaley.com or at whosevaginaisitreallymovie@gmail.com.