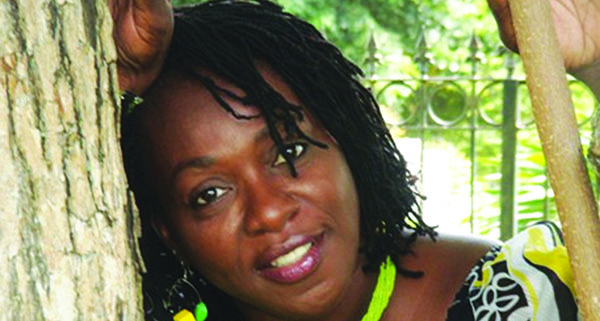 Photo above is of Joan Andrea Hutchinson. Photo by Eustace ‘Mikey’ Green.

Internationally acclaimed poet, author, actress and storyteller, Joan Andrea Hutchinson, will be the special guest artiste at a cultural event, showcasing the folk traditions of the Caribbean, on October 3.

Presented by Toronto’s celebrated folk-singing ensemble, the Heritage Singers, “A Barnyard Dinner Theatre”, is being staged, according to the group, partly to celebrate the fall and the harvest season, hence the barnyard theme. The celebrated group is asking guests to come dressed in their classiest barnyard outfits; the one judged as the best will receive a special prize.

Hutchinson says that her performance will be “all about ‘edutainment’, the mix of entertainment and education on Caribbean culture. The audience can look forward to authentic Caribbean culture, from the source”.

“Many have forgotten, (or never knew) the origin and true meaning of certain phrases, proverbs and folk songs, and we will break these down in a fun way for the audience,” explains Hutchinson, also a well-respected communications professional, whose diverse skills set includes speech and advertising copywriting, designing communications campaigns, editing books, and producing features for radio and television.

Hutchinson’s work in the preservation of Caribbean culture is well known and she has been given the status of Language Ambassador by the City College of Birmingham in the UK, and has received several awards for culture, including the Sir Shridath Ramphal award for Culture and the Caribbean Hall of Fame Award for excellence in culture.

During the event a special song will be dedicated to the late Dr. Bennett-Coverley, and a presentation will be made to the family of the late Vincent Lai, the forerunner and trailblazer of the West Indian grocery retailing industry. 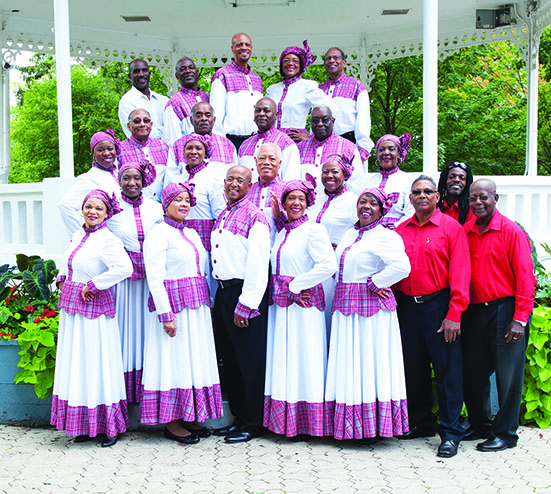 For the last 38 years, the Heritage Singers, a 30-member group of singers and musicians — with members from the Caribbean, Africa, Asia and Canada — has become an important facet in the distinguished record of Jamaicans in the Diaspora, and continue to uphold the best traditions of Jamaican and Caribbean folk music.

The venerable folk choir represented Canada in such far-flung venues such as Holland, Taiwan, Germany, Mexico, Venezuela, as well as Harlem, and Saskatchewan, which resulted in a CBC-produced documentary.

“Their meticulous work under the leadership of [founder] Grace Carter-Henry Lyons, has quite rightly earned them respect far and wide. Jamaica and the Caribbean owe them a debt of gratitude for carrying the cultural flag high in Toronto, their home base, and wherever else they perform the rhythms and melodies of Back Home,” said the Hon. Barbara Gloudon, O.J., O.D., former Chairperson of the Little Theatre Movement (LTM), in Jamaica.

The group’s 2015 presentation of folk performances, Mento and Quadrille, is a program showcasing Jamaica’s and the Caribbean’s awesome folk culture, both old and new. It is the group’s response to perennial requests from the Caribbean-Canadian community to present another heritage program since its last, Hallelujah Pepperpot.

That program displayed the historical roots of religious music in Jamaica, providing servings of dynamic rhythms and harmony, drumming, dancing and a musical journey that evoked nostalgia.

The showcasing of Mento and Quadrille music/dance in this Barnyard Dinner Theatre showcase is to evoke yet another nostalgic experience.

“The Mento style of music originated in the 1700’s and the rhythm and belly movements of the dance are still used today. It was brought to Jamaica by our forefathers who came as slaves, and if we compare the musical pattern with those of the other Caribbean islands we will see the similarities.

The release added, “Unlike the Mento, Quadrille was a dance form derived from the European Square Dance, when the slaves mimicked the ‘Massa’s’ ballroom events in the estate Great House. Although mainly European, it was made more exciting in African orientation and although it is dying it is still danced today, mainly fostered in festivals and competitions throughout the island.

“In our grandparent’s days, the dancing of the Quadrille was an evening that was eagerly anticipated and was usually held in the rural school rooms and town-halls.”

“A barnyard Dinner Theatre” — which will include a five- course meal, accompanied by a sweet table during the night, and an “oldies” dance to close the evening — will be held at the Sts. Peter and Paul Banquet Hall, 231 Milner Avenue, in Scarborough, starting at 7:00pm sharp.

“Bring your children, because this will be great learning opportunity for them, as together, we will celebrate our wonderful Jamaican/Caribbean culture,” says Hutchinson.