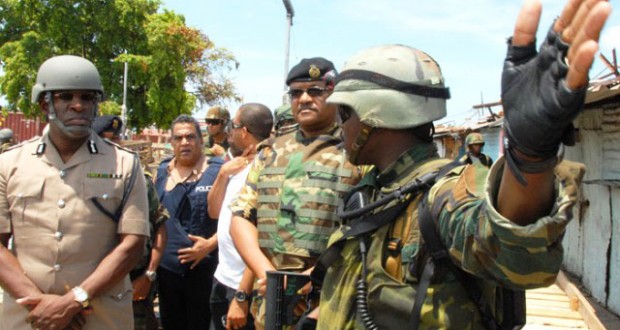 KINGSTON, Jamaica, Feb. 22, (CMC) – The Electoral Office of Jamaica (EOJ) says, all is in place for members of the security forces and Election Day workers to vote today, ahead of Thursday’s general election.

The EOJ says, 26,498 Election Day workers, along with 12,610 police and military personnel, are to vote three days before the rest of the electorate.

The voting will take place at 195 polling locations that will be established in schools, churches, police stations, military bases and court houses across the island.

According to Director of Elections, Orrette Fisher, the names of all those eligible to vote today, have been extracted from the official voters list and dispersed to the designated polling locations.

Ahead of Thursday’s general election, the EOJ has sought to assure workers in the western parish of St. James, that all systems will be in place to enable them to safely carry out their duties.

The 1,000 workers had expressed concern in the aftermath of recent incidents of violence in the parish.

However in a statement on Saturday, the Electoral Commission of Jamaica (ECJ) reassured workers that security officials will be vigilant throughout the day.

More than 150 candidates have been nominated to contest the poll and more than 20,000 persons have been recruited and trained to work on Election Day.

In the last general election, the PNP won 42 of the 63 seats, with the remainder going to the JLP. Both parties have already launched their manifestoes ahead of the polls and claim they are confident of victory.