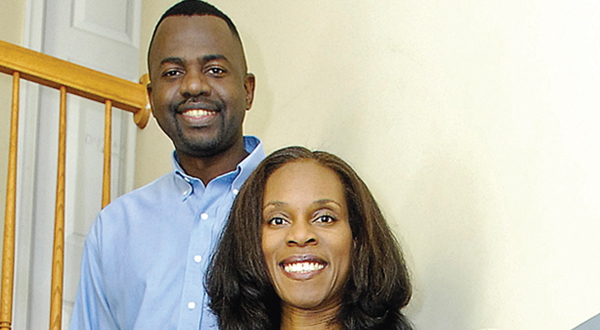 Guyanese Is First Black Mayor In Virginia’s Town Of Purcellville

PURCELLVILLE, Virginia — One hundred days after a son of Guyana made history in Virginia, he is busy with the business of running a Town like a business. May 6, 2014 saw Kwasi Fraser elected as the newest Mayor of Purcellville, in Loudoun County, VA. The win makes Fraser Loudoun County’s first elected Black Mayor.

With his just over 860 votes, Fraser defeated Vice-Mayor J. Keith Melton on a campaign of, “Putting citizens first.” In a community with a 94 percent white population, an ever smiling Fraser garnered a commanding 62 percent of the votes cast.

Fraser campaigned on his business experience, and argued at a Candidate Forum that Purcellville’s taxes are “out of control” and that the town struggled with transparency. In some ways, he argued, Purcellville should be run like a business. “The citizens have spoken,” Fraser said. “Now I have to deliver on what I promised them.”

Beating Councilman and Vice-Mayor Keith Melton, Fraser will replace outgoing Mayor Bob Lazaro, who served four terms at the helm through a booming growth period. Fraser said he had not expected to win by such a wide gap. “Keith was a solid candidate; he’s been there for the past four years and I expected a slim margin,” he said. “But it was the voice of the people. I heard them loud and clear.”

Melton, a quiet but popular member of council, said of his loss, “I was honored and humble to have served the citizens of Purcellville for the last four years.” Melton congratulated all those who vied for political office, including the mayor-elect, for their hard-won victories. “We all must move forward for the betterment of the community that we call home,” he said.

On the changing of the guard, Lazaro said, “I congratulate winners and the others… for putting themselves out there. The election is over and the town staff will be reaching out to make a smooth transition.”

Fraser was motivated to run for mayor in large part due to his commitment to the preservation of his community and his passion for open government. Purcellville proved to be the place to be, with competitive elections for both Mayor and Town Council and a voter turnout of close to 27.8 percent and 1,381 people coming to vote on Election Day, according to Loudoun County’s unofficial election results.

With his father Clyde ‘Fitz’ Fraser hailing from Victoria, East Coast Demerara, in 1982 Fraser, his four siblings, and his mother, Monica Philander-Fraser—a Buxtonian, migrated to the United States. He later became a US Citizen.

He gained a Degree in Engineering from Stony Brook University; MBA from Rutgers University and a Certificate in business from Harvard University business school. Fraser is a Project Manager within the telecommunications industry, and co-founder of the Internet search engine, Samepoint. Fraser’s corporate career includes significant contributions to the bottom line at AT&T, Sprint Nextel, Marriott International, and Verizon.

A highly successful businessman and entrepreneur, Fraser learned the value of hard work at an early age. At seven years old, he began helping his mother with the daily tasks of her poultry business. His parents, both registered nurses, raised five children, all college graduates. Hard work and the tremendous importance of education remain core values of the Fraser Family today.

Fraser and his wife, Angela, continue to instill these values in their three children, Darius, Naomi and Jeremy. They settled in the Town of Purcellville because of its balance of old and new, and its small town warmth, making it a great place to raise their family.