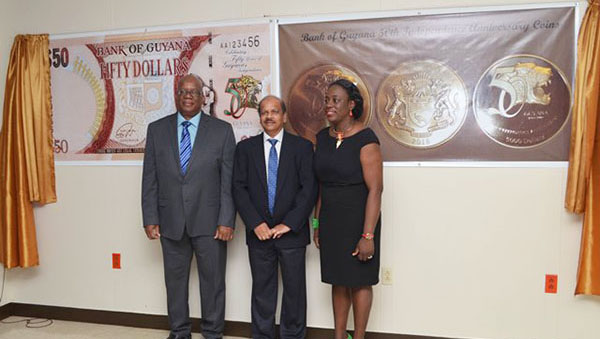 GEORGETOWN, Guyana, May 11 (GINA) — Commemorative coins and a $50 bank note were launched, today, at the Bank of Guyana (BOG) as part of the 5oth Independence Anniversary celebrations.

BOG’s Governor, Dr. Gobind Ganga, said that it is customary for the bank to issue commemorative coins to mark Guyana’s significant events and achievements. 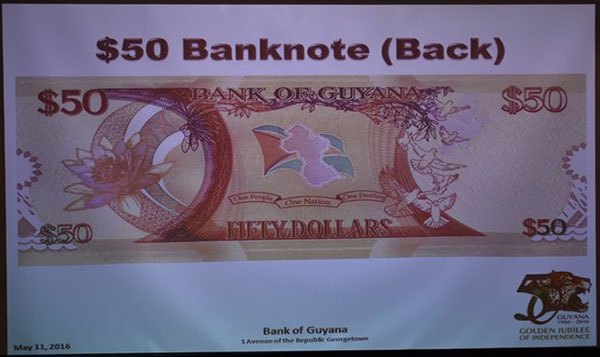 The bank considers the 50th Independence Anniversary as a momentous occasion and is proud to participate in the celebration, the BOG Governor stated.

“Over the past 50 years, the Bank has been, and continues to play a significant role in the country’s development through the promotion of financial evolution that encompasses monetary and financial stability, as well as safe and efficient payment systems,” Dr. Ganga said.

Minister of Finance, Winston Jordan, said the occasion was an auspicious one, and a fitting way to celebrate the country’s collection, and simultaneously, the Golden Jubilee Independence.

Minister Jordan explained that the circulation of the $50 bank note will not impact the volume of currency in circulation, and will not lead to high inflation, since the government has a sound monetary and system framework in place to preserve the value of the currency.

Minister Jordan further explained that even though technology has delivered alternative methods of payment, Guyana remains a cash-based economy, in which the majority of economic transactions are conducted using cash.

Thus, cash-based economies are more exposed to the threat of money laundering activities, “therefore it is imperative for the bank to take an aggressive approach in their financial literacy campaign, targeting residents in rural and hinterland communities,” Jordan said.

Minister within the Ministry of Education, Nicolette Henry, noted that the commemorative coins will allow Guyanese to see their country’s heritage and history.

Minister Henry implored the audience at the launch to participate in the BOG’s on-going note and coin exhibition, since the coins reflect the extraordinary milestone and evolution of Guyana’s culture. 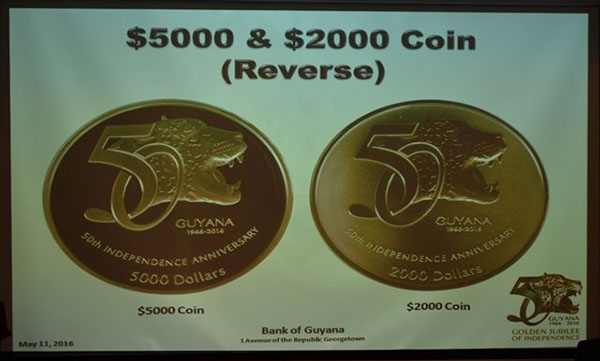 The exhibition displays colonial coins from 1969, 250th anniversary of the Berbice slave rebellion and 175th anniversary coins for Indian arrival among other historical coins.