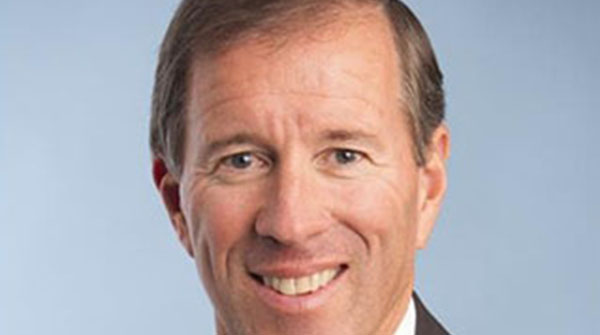 HAMILTON, Bermuda, Mar 16, (CMC) – Hundreds of protesters marched through Hamilton, today, after the powerful Bermuda Industrial Union (BIU) and the pressure group, the People’s Campaign, rejected an offer by Premier Michael Dunkley, to a series of concessions over the government’s controversial Pathways to Status initiative.

Protesters shouted “we shall not be moved”, after a meeting between BIU President, Chris Furbert, and Dunkley, which elder statesman, Sir John Swan, also attended, in a bid to hammer out an agreement.

The protesters want the One Bermuda Alliance (OBA) government to withdraw the Pathways to Status bill, which was due to have been debated on Monday but, a nine-hour barricade by protesters, who formed a human ring around the House of Assembly, prevented legislators from entering the building.

Bus and ferry services remain cancelled and there is also no garbage collection outside of the capital.

The US Consulate warned its citizens to stay away from demonstration areas.

Sir John, 80, who was premier between 1982 and 1995, emerged from the Cabinet Building, today, to say “we have had a long discussion about the matter, but it is obviously confidential.

“I can say the discussions were cordial, productive and informative with the idea that we seek to resolve this as best we can. We have agreed to consult later with representatives and organisations.”

Speaker of the House, Randy Horton, had adjourned today’s scheduled session until Friday, but by 7 a.m. local time, some 50 demonstrators had already gathered to continue their protests, with the crowd increasing during the day.

Dunkley’s concessions, announced, last night, included a three-month delay on implementation of the “15-year pathway” — allowing those who have lived in Bermuda for 15 years to apply for permanent residency — which he revealed had caused the most widespread concern.

In the meantime, a working group would be established “comprising representatives from various stakeholders”.

The group would offer recommendations on this matter, as well as a living wage and training requirements for Bermudians, unscrupulous business tactics that undermine Bermudian labour, and summer job opportunities for Bermudians via the international business sector.

However, Dunkley underlined his desire to shore up children and family pathway issues “in short order”.

He said, that there was general agreement on both sides of the debate that immigration reform legislation needs to address children who are born in Bermuda or arrived here at a young age, those who have remained on the island for 20-plus years and mixed-status families. Foreigners granted status (citizenship) after 20 years on the island would be able to vote in elections.

Dunkley also highlighted the government’s continued commitment to Pathways, as well as its belief that the bill is in Bermuda’s best interest.

“Everything that we have done is aimed squarely at investing in our people and in job opportunities for Bermudians,” he said. He also downplayed suggestions that the OBA was hoping to bolster the island’s white populace in order to secure more votes.

“How new Bermudians may vote plays no part in our policy-making process,” Dunkley said.

Home Affairs Minister, Michael Fahy, has said, amending the 1956 immigration act would bring Bermuda in line with the European Convention on Human Rights, generate revenue and help to address the decreasing work population. 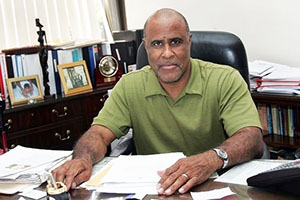 Furbert told the crowd, today, “I received a letter yesterday evening (from the Premier) ….. they are testing us. They are trying to play our children against their children, saying they want to make sure there is a pathway to status that everyone would agree with.

“They are setting us up. At least they are trying to set us up. That letter is going to the people.”

Furbert said, it was “totally irresponsible” to release the letter to the media, saying the decision belonged to the people, not him.”

Earlier, Bermuda Public Services Union President, Jason Hayward, said, “Mr. Premier, we have listened to the contents of your letter. The people have heard it, digested it and rejected it. Please do not send any further communication … unless you’re communicating that the bill has been withdrawn.”

A statement, released just after midnight, by the opposition Progressive Labour Party (PLP), made clear its objection to Dunkley’s “olive branch”, which was contingent on the family and children pathways being implemented.

“The position of the PLP remains the same,” Opposition Leader, Marc Bean, said. “(We want) the OBA (to) withdraw this bill and take a bipartisan, comprehensive approach to immigration reform.”

The OBA defeated the PLP in the 2012 general election amid rising unemployment. The jobless rate is now seven per cent but the economy remains fragile even though the island has emerged from six years of recession.

The national debt — US$1.4 billion when the OBA took office — has continued to grow and is expected to be up to $2.4 billion by next year.