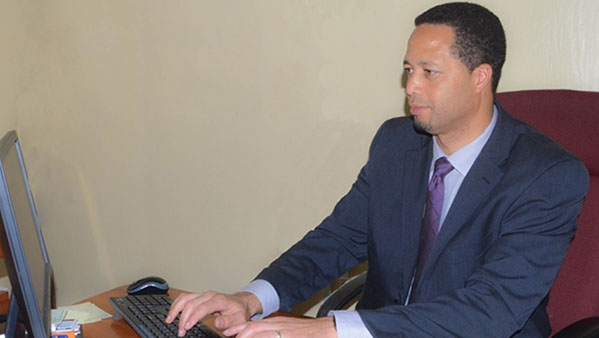 In an interview with the Guyana Information News Agency (GINA), CEO of GoInvest, Owen Verwey, said, that the Diaspora is very interested in Guyana’s economy.

He noted that the Diaspora could be a significant source of investment funds.

According to the CEO, it is against this background that the agency plans to market Guyana, and what it has to offer to the overseas market.

“We want to go to specific events where the industry is already organized and structured and make them aware that Guyana is here, we have all the necessary inputs, we have the skills, we have the incentives, offerings from this office and through the Ministry of Finance and the other agencies that would assist them and their business to work and, at the same time, allow the (Guyana’s) economy to benefit,” Verwey stated.

Verwey maintained that Guyana has a lot to offer.

“Guyana is a very natural resource-rich economy. We have the largest land mass in the Caribbean. We have the potential to feed the Caribbean, so agriculture is obviously very high on the agenda; light manufacturing and outsourcing of related IT work also comes in there,” the CEO said.

High on the GoInvest agenda also, is the creation of jobs for Guyanese, especially the youth population. Verwey added, that all avenues for job creation, through the relevant investments, will be pursued by GoInvest.

The agency would also be working this year to improve its relations and partnership with other agencies, both locally and internationally, as it continues to facilitate investments in Guyana.

“There has been a whole host of new applicants that are coming in for opportunities relating to land, agro-processing, IT outsourcing, such as the call centres etc. I think we are overwhelmed with some of those that are coming in and we are trying to deal with that,” Verwey said.

The agency is currently sorting out over 100 applications from investors, which have been sitting at Go INVEST for the past few years.

Investors, both locally and internationally, who submitted applications and proposals are currently being contacted by the agency to determine whether they are still interested. New applications are also being facilitated.

The CEO told GINA, that the new 10-person Board is working to ensure that GO INVEST successfully implements its mandate.

“It’s bringing together the business community and the government agencies that are responsible for ensuring applications can be processed, in a timely manner, and information is coordinated, and every one of the agencies are at the table dealing with the issues at the same time, and that has been very productive,” Verwey explained.