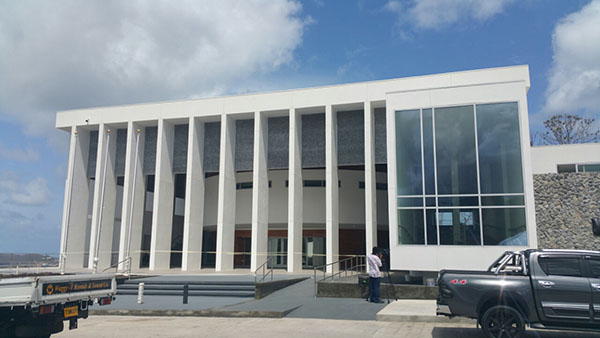 The opening follows the destruction of York House – the old Parliament building – by Hurricane Ivan in September 2004.

The UAE provided US$4.5 million to assist with the construction.

Speaking on behalf of the United Mexican States, whose government provided US$5 million towards the construction, Ambassador, Oscar Esparaja Vargas, said that his government was pleased to be associated with reinstating the building, and described it as ‘the flagship’ project of bilateral cooperation between both countries.

“Mexico is committed to accompanying Grenada in its many development efforts, as we have proven through the many bilateral cooperation,” he said. 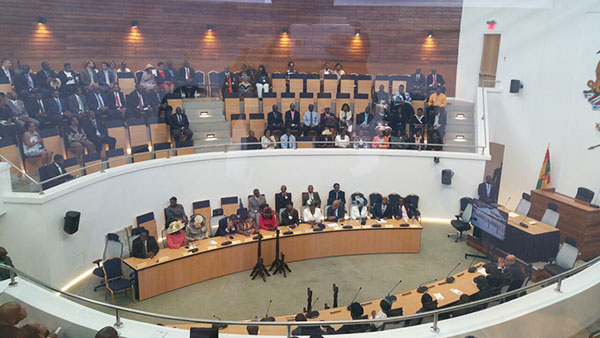 Prime Minister, Dr. Keith Mitchell, who thanked the governments who contributed towards the project, said that without their direct help, the structure would not have been a reality.

“They were true friends in words, and resolute in deed. They honoured their commitment to assist Grenada, and they did so, against the backdrop of their own needs. They did so when others, with dated ties, did not, or were unable to, for different reasons. That demonstration of friendship is one we will cherish, forever,” he said.

Thanking regional and international friendly governments, the Prime Minister said that their moral support of Grenada, over the years, must be recognized.

“They know the importance of state buildings in our part of the hemisphere. They know what this means for the consolidation of our democracy and our independence, and they have never failed to lend their voices, in advocating for the rebuilding of this important symbolic institution,” he said.

According to Infrastructure Minister, Gregory Bowen, the new building cost US$12.2 million, took 25 months to complete and created jobs for 200 persons during peak construction.

“This will be our new home, a landmark in many ways,” Bowen said.

The Parliamentary chamber is designed in the shape of a nutmeg pod, with public sitting for 200 persons.