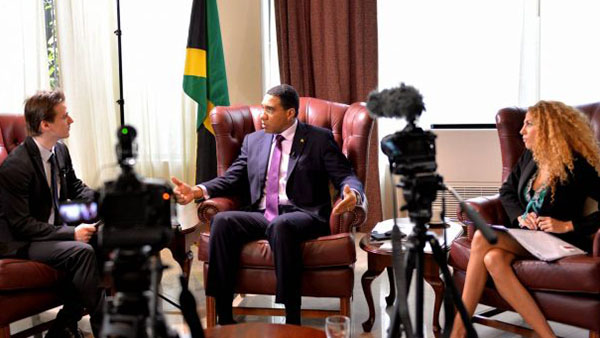 While acknowledging that “we still borrow”, he argues that this is being done more responsibly.

Holness, during an interview with World Investment News at the Office of the Prime Minister, yesterday, also said the administration is endeavouring to reduce Jamaica’s debt “as much…and as rapidly as we can”, adding that they intend to be “far more frugal and wiser in how we use public resources.”

He said the government is committed to fulfilling the remaining targets under the International Monetary Fund (IMF) agreement, and maintaining prudent fiscal discipline.

While noting that the IMF’s targets were challenging, the Prime Minister contended that “we must meet them.”

Although welcoming the reduction in the IMF’s primary surplus from 7.5 percent to 7.25 percent, Holness contended that it remained a challenging target. He, however, maintained that his administration would endeavour to fulfill it.

Jamaica is currently in the final year of the 48-month IMF Extended Fund Facility (EFF) which concludes in March 2017.