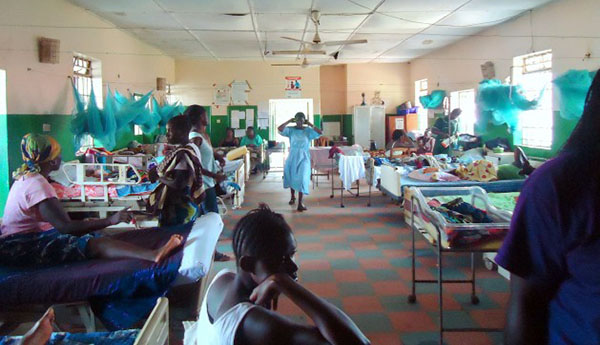 UNITED NATIONS, May 26 2016 (IPS) – The UN Population Fund (UNFPA), which has played a key role in ensuring maternal health and promoting reproductive rights of millions of women world-wide, is expected to suffer over $140 million in funding cuts by Western donors this year.

Arthur Erken, Director of the Division of Communications and Strategic Partnerships at UNFPA, told IPS some key donors are reducing contributions not only to UNFPA but also to the entire international development community.

Others have indicated their cuts are partially motivated by the cost related to integrating refugees into their host communities, he added.

Regardless of the reason, Erken said, UNFPA will continue to demonstrate to donors that support for UNFPA is a good value investment in the health and rights of millions of women and young people around the world.

“We hope the recent downturn in contributions is temporary. Funding cuts to UNFPA, a relatively small organization with a focused mandate, are not easily absorbed as perhaps with larger entities, so we feel it is our duty to communicate to stakeholders the risks and impact of cuts,” he declared.

Judging by current trends, UNFPA expects a further downward slide when final numbers are tallied by the end of 2016—perhaps beyond the $140 million cuts anticipated so far.

Purnima Mane, a former President of Pathfinder International focusing on reproductive health and family planning, told IPS despite overwhelming evidence that prevention of maternal death— and access to contraception and addressing gender inequalities and other issues affecting women’s and girls’ lives— is a wise investment, development aid gets cut, time and again, when donor governments face more immediate challenges closer to home.

“The recent budget deficit facing UNFPA, as a result, will have tragic implications globally but especially in the developing world”.

She said UNFPA has used its funding to contribute extensively to the considerable progress made by countries in reducing maternal deaths, increasing access to contraception, raising the age at marriage, preventing HIV, and in a range of areas to ensure every pregnancy is wanted, every child birth is safe, and every young person’s potential is fulfilled.

“Reduction in its budget will translate to less resources for country level programming which in turn will not only restrict further progress in these areas but could cause countries to lose the momentum and jeopardize the achievements made so far.’

“It would be a tragedy for development as a whole but could also create a scenario where a few years from now the demands on development funding would grow even more exponentially”, said Mane, a former UNFPA Deputy Executive Director, Programmes.

While we’ve seen some positive trends, the fact is investments in gender equality and sexual and reproductive health and rights across the world need to be stepped up considerably, both through domestic and external sources of financing.

“We wouldn’t have such high rates of maternal mortality in the 21st century if the investments promised 20 years ago had been made all along to reach the (ICPD) Cairo goal of universal access to sexual and reproductive health. “

She said UNFPA and its partners have been at the forefront of saving women’s lives.

“These budget cuts are coming just as the new global Agenda is aiming to finally make maternal mortality history. Also, we have ample evidence of the significant returns on investments in women’s health and rights, including cost-savings and multiplier effects for advancing all areas of development,” she noted.

Alcala also pointed out that some of the poorer countries have shown the way in ending maternal mortality, with the right mix of political leadership and support.

In the big picture, the bottom line is clear: adolescent girls are dying, maternal mortality primarily takes the lives of women who are poor and young, and it’s all rooted in gender discrimination.

This is why maternal mortality is a major marker of inequalities and social injustice. It’s hard to put a price tag on that, she declared.

Currently, the total world population is estimated at over 7.2 billion, of which more than half are women. And according to UNFPA, an estimated 222 million women lack access to reliable, high-quality family planning services, information and supplies, putting them at risk of unintended pregnancies.

UNFPA is exploring with traditional donors the options for making up the core resources shortfall in 2016 and to sustain specific initiatives, he added.

UNFPA is also reaching out to non-traditional national donors as well as private sector, foundations and multilateral financial institutions.

Erken said UNFPA is prioritizing mobilizing more resources so that initiatives that protect the health and lives of women and young people may be preserved.

Sivananthi Thanenthiran, Executive Director of the Asian-Pacific Resource and Research Centre for Women (ARROW), based in Malaysia, told IPS beyond UNFPA, many non-governmental organisations (NGOs) also have had limited budgets to operate from and limited funding opportunities to access funds from.

The cut in funds, by funders who are considered traditionally strong donors in the SRHR (sexual and reproductive health and rights) sector, has been caused by reallocation of development funds to meet the needs of the refugee crisis, she noted.

“Of course, the refugee crisis is putting a pressure on many European governments who have taken in refugees. However it is hoped that this is a short-term correction that needs to take place, rather than a long-term strategy.”

“The way to manage such issues is continued investment in development and reducing inequalities in the world, and not divesting from these commitments.”

Meanwhile, the London Guardian recently quoted Helen Clark, the Administrator of the UN Development Programme (UNDP), as saying a lot of UN agencies are experiencing a drop in their core funding.

“It seems we are in a perfect storm for long-term development funding.. Just about every currency is down against the dollar.. donors are subtracting money for refugee settlements. We’re seeing a huge call on humanitarian budgets, so a number of things are coming together that do not make it easy now,” said Clark, who is currently one of the candidates campaigning for the post of UN Secretary-General.

The writer can be contacted at thalifdeen@aol.com.