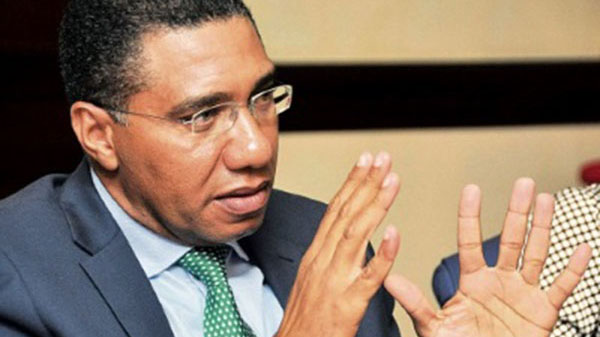 Prime Minister Andrew Holness, in a statement to Parliament, said that his administration had given “serious and deliberate consideration to the recommendations contained in the Special Report of the Office of the Contractor-General” on the investigation it conducted into the circumstances surrounding the granting, and or, issuance of the licence to Symbiote Investments Limited.

But he told legislators that it is worth reminding the parliament, and advising the public, that on February 15, 2016, the former government approved the licence to Symbiote, for a period of 15 years, at the licence’s fee US$20.8 million subject to several conditions.

“The conditional approval for the grant of the DMSL was made a mere 10 days before the February 25, 2016 general elections, which resulted in a change in administration,” Holness said, adding that the main task of his new administration “was to determine whether the conditions set by the former Cabinet were met.

“But we did more than that.  We carefully considered the matter and took into account the legal advice of the Attorney General.  We also had consultations with the Office of Utilities Regulation (OUR), the Spectrum Management Authority (SMA), the Jamaica Constabulary Force (JCF) and Symbiote Investments Limited.

“After very careful consideration and advice, the government has decided to proceed with the issue of the domestic, mobile spectrum licence to Symbiote Investments Limited and not to revoke the current carrier and service provider licences currently held by the company,” Holness said.

He said  in arriving at its decision, the Cabinet noted the following, including the adverse traces cited in the Special OCG Report, relate to information gathered up to 2009.

Holness said the police have advised that the party in question is not the subject of any investigation and that non-issuance of the spectrum licence, in the circumstances, “would be tantamount to a revocation of the grant of said licence and would be in violation of the principles of natural justice”.

Prime Minister Holness said that while the government considered the matter, the Office of the Attorney General recommended that a number of areas for legislative and other actions be considered.

He said the government had also been advised that a mechanism to enable the relevant authorities to determine which adverse trace finding, where any exists, would result in a failure of the fit and proper test and that a requirement that a person, who is the subject of an investigation by the Office of the Contractor-General and/or against whom the Office of the Contractor General is about to make an adverse finding, be given a hearing in the course of the investigation and/or before the publication of its report.

Prime Minister Holness said that OCG raised some issues about conflict of interest and that Cabinet takes seriously any perceived or real conflict of interest in any public servant, and is giving the assurance that appropriate action will be taken to address the concerns in this regard.