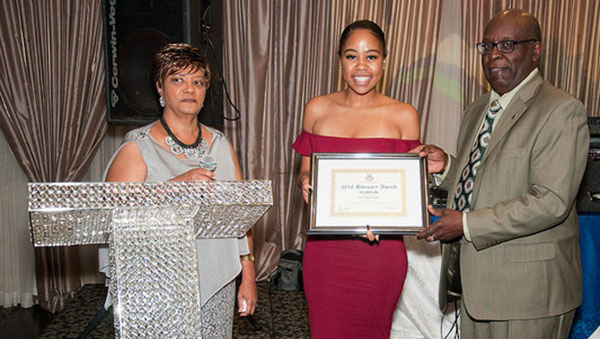 TORONTO, Ontario October 26, 2016 — In response to an urgent request for a keyboard from its alma mater, last month, the Central High School Alumni Association of Guyana (Canada)-Toronto Chapter (CHAAG) purchased the musical instrument, last Thursday, and is in the process of shipping it.

Sharmon Carrington, who was elected as President at CHAAG’s Annual General Meeting (AGM) in February, announced the request for the musical instrument for the school’s music program and solicited donations, during her welcoming remarks at the organisation’s annual fundraising dinner and dance, last month.

In response to President Carrington’s remarks, Kevin Ramkissoon, a non-Guyanese, was moved and responded by donating C$100.00 towards the purchase of the keyboard.

“I have been in contact with the music teacher, Mrs. Yvonne Cummings, as well as Ms. Ruth Howard, the Chair of The Board of Governors of the school, as well as Mr. Clairmonte Cox, Teacher and Board Member, and I am making arrangements to have it shipped, while I await a response from Ms. Howard as to the status of the application for Tax Exemption,” Carrington informed CHAAG”s members, in a letter, last week Thursday.

The Toronto chapter of CHAAG, which claims, on its website, to be the most active of the school’s alumni chapters worldwide, includes in its mandate “a dedication to assisting Central High School (founded around 1928) in its efforts to provide quality education to students and helping to restore all related facilities of the school”.

At its fundraising event this year, the high school alumni re-launched its bursary program, which was temporarily suspended due to a dearth of eligible prospects. It presented four bursaries — to two students in Guyana and two Canadian students of Guyanese decent, Keira Marie Allum-Rowe of Scarborough and Connor Samuel Choy of Oshawa — at its fundraiser on September 24.

Allum-Rowe, a former student of Francis Libermann Catholic High School, is a recipient of The Ontario Scholar Award.  She was involved in several after-school programs, one of which was an instrumental music program, in which she practised as well as assisted junior students to learn their musical instruments.

Allum-Rowe participated in volunteer activities in her church, and in costume making for the 2016 Toronto Caribbean Festival.  Accepted by the Faculty of Science at York University, she is pursuing studies in the Biomedical Science Degree Program. 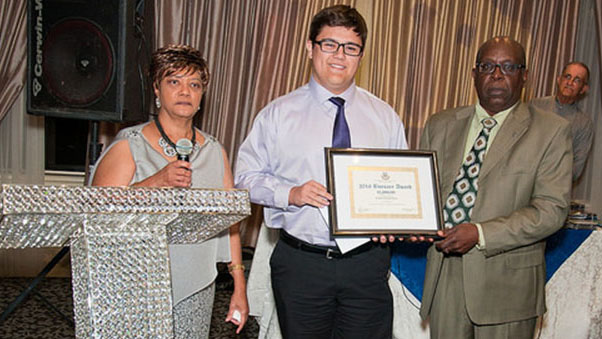 Choy, a former student of R.S. McLaughlin Collegiate and Vocational Institute, has experience in freelance Graphic Designing and has acquired several leadership skills, as he volunteered as an Assistant Hockey and Basketball Coach of Atom level teams.  He is attending Durham College pursuing studies in Game Development.

“We congratulate these recipients and wish them success with their studies and all their future endeavours,” said Carrington, who is also the Chair of CHAAG’s Bursary Committee. “It is hoped that the presentation of these bursaries will attract the participation of younger, former students of Central High School and their families.”

In addition to the appointment of Carrington as its President, in February, CHAAG, which was formed in 1987, welcomed other elected officials: Dennis Choy — Treasurer; Patricia Wailoo – Secretary;   Rita Graham, James Mangar, Christopher Moriah and Peter Mitchell – Directors-at-Large.

During her remarks at the fundraiser, Carrington reminded the audience that their alma mater, formerly a private co-ed institution, had its inception, because of “the great vision of its founder, the late Mr. Joseph C. Luck, known to many as JC”.

She added that the co-ed institution “has made many invaluable contributions to our homeland and to Canada via its teachers and students, many of whom excelled in academics and subsequently in several career fields: medicine, education, law, science, politics, engineering. architecture, business, journalism etc.

“Its students developed a sense of pride, purpose, camaraderie, concern and respect for each other and others outside of the institution.” 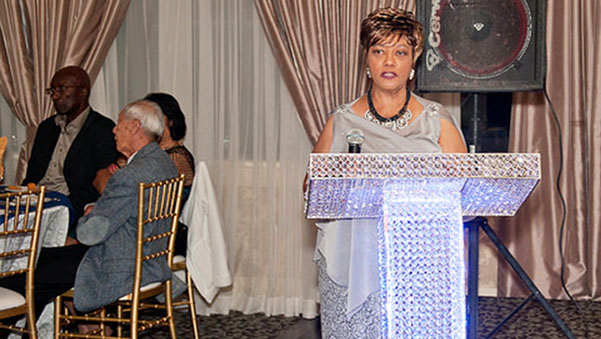 The President informed her listeners that the home school was taken over by the former Guyana government, a few years ago, and is not what it used to be: “Our school is currently in an overcrowded situation, with approximately 600 students housed in one building, which was initially built to house 250 students; while its other two buildings have either been sold or re-appropriated.

“However, despite this, its students continue to excel, and this year, it achieved 83.63 percent passes at the recent CSEC exams, which replaced the London GCE ‘O’ levels, and the school’s debating team won the national debating championship, three years in succession.”

The current  Guyana government has advised that it is contemplating amalgamating the school with the Brickdam Secondary School — which is also overcrowded — and housing it in a state-of-the-art school, which will be built as soon as a suitable location is identified and acquired, Carrington said.

“It is clear to me that the students are working very hard, despite their current school conditions, and we need to continue supporting them,” she strongly suggested.