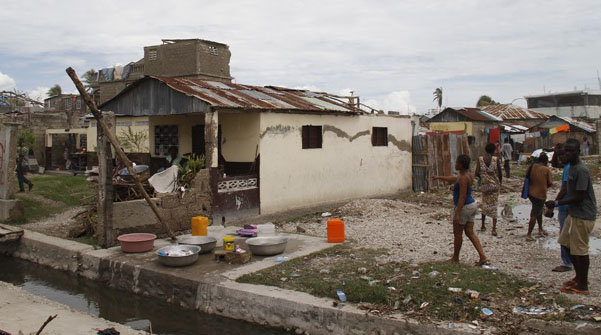 Thousands of Haitians are in need of on-going assistance after the devastation wrought by Hurricane Matthew. (CMC photo).

PORT-AU-PRINCE, Haiti, November 3, 2016 (CMC) — Half way through the four-hour drive between Port-au-Prince and Haiti’s hurricane-ravaged southern peninsular, the traffic suddenly begins to back up.

“It’s a UN convoy,” says the driver, a Haitian civil servant ferrying regional disaster responders to Les Caye, one of the affected communities in the south of the island. 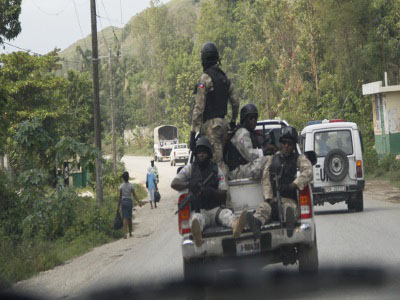 As he attempts to overtake the convoy, the vehicle at the rear, a pick-up truck, with heavily armed United Nations-employed Haitian police officers in the back, swings out into the open lane, cutting off the access.

“Are you going to block the road just for a UN convoy?” the driver shouts — rhetorically — in Creole. “What have you even done for the country?”

As Haiti prepares to elect a president in long-delayed elections slated for November 20, the role of the United Nations in the country comes into focus.

Many Haitians are undecided about the role of the United Nations and its role in their country. They seem to like the security and stability that the United Nations brings to the Western hemisphere’s poorest countries, but loathes the privileges that some employees of the New York-based international body enjoy.

The mission was established on June 1, 2004, after the passage of a UN Security Council resolution that came after the departure to South Africa of then President, Bertrand Aristide, into exile, in the aftermath of the armed conflict, which spread to several cities across the country.

But six years later, the shaky Haitian economy would suffer another severe blow, with the devastating earthquake of January 12, 2010, which resulted in more than 220,000 deaths, including 96 UN peacekeepers.

The United Nations said that since the presidential elections in 2011, MINUSTAH has been working to fulfill its original mandate to restore a secure and stable environment, to promote the political process, to strengthen Haiti’s government institutions and rule-of-law-structures, as well as to promote and to protect human rights.

Also during that time, there has been an outbreak of cholera, which the U.N. reluctantly admitted in August was brought to the country by Nepalese members of its peacekeeping force.

The epidemic has claimed 10,000 Haitian lives and infected 800,000 more. But no sooner had the U.N made the admission than it retreated behind the veil of diplomatic immunity, a position that has drawn the ire of some leaders of the 15-member Caribbean Community (CARICOM), of which Haiti is a member.

In his address to the United Nations General Assembly in New York in September, St. Vincent and the Grenadines’ Prime Minister, Dr. Ralph Gonsalves, who has spoken out, publicly, on a number of issues affecting the Haitian people, tore into the United Nations for “continuing to use claims of immunity to deny the victims of this tragedy their fundamental right to be made whole.

“The cholera epidemic and the U.N.’s failure to address or arrest it has laid bare a shameful ethical bankruptcy and institutional cowardice through legal subterfuge,” Gonsalves said, adding that his country agrees with the draft report on this issue by UN Special Rapporteur, Professor Philip Alston, which has called the UN’s response to the cholera epidemic “morally unconscionable, legally indefensible and politically self-defeating”.

Against the backdrop of the devastation wrought by Hurricane Matthew, Haitians are preparing to vote in elections that are scheduled to take place next month, just under two months after yet another disaster ravaged the country.

November’s vote will come ahead of the January 29, 2017 run-off that would, hopefully, elect a new president — who will replace interim president, Jocelerme Privert, whose mandate has expired.

Privert and his admiration are wary of allowing the storm to cause a postponement of the vote.

In mid-October, amidst complaints that the tonnes of aid that was flowing into the country were not reaching those most severely affected, Privert dispatched a personal emissary in the person of former Lieutenant-Colonel, Himmler Rebu, now Secretary of State for Public Security, to meet with representatives of all aid groups operating in Les Cayes, one of the communities in southern Haiti most severely affected by Hurricane Matthew. 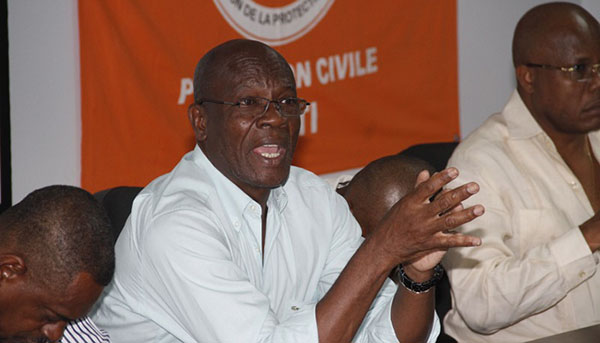 Rebu was concerned that relief supplies intended for storm victims were being sold in markets, even as 85 per cent of the residents of a town of 23,000 persons were sleeping outside.

He said Port-au-Prince was prepared to provide the security needed to ensure that aid gets to the worst affected, but made it clear that Haiti has one government, and that all aid must be distributed through the departmental emergency operations centres (COUDs) so that officials could keep track which communities were yet to receive aid.

Among those waiting for assistance was a 23-year-old mother of four children — ages 6, 4, and 2-year-old twins — in Jelee, Les Cayes. The woman and her children live in a small concrete dwelling about the size of a family car. 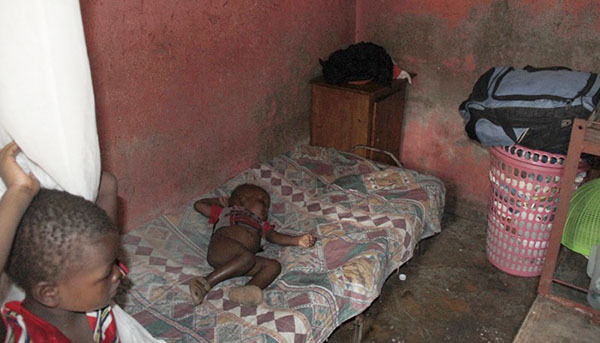 A two-year-old infant sleeps in a small room in Haiti, where she lives with her mother and three siblings. (CMC photo).

The roof of her house was blown away during the passage of Hurricane Matthew and the little that she had inside — a single bed and some kitchen utensils — was damaged.

She does not have a stable job and works at odd jobs to earn an income.

Immediately after the storm, the woman sheltered at someone’s house but has since returned to her dwelling, the floor of which seemed damp, even as one of the twins slept on her small bed.

The woman, who spent eight years in school, and speak a little French — the language of the educated in Haiti — has one wish: a decent place to live.

Undoubtedly, she is hoping that with November’s vote, Haiti can enjoy a level of political stability that can give her children a real chance at the future.

On October 13, the United Nations Security Council accepted Secretary-General Ban Ki-moon’s recommendation and extended the mandate of the U.N. peacekeeping mission in Haiti for six months at the current force and police strength.

Through the adoption of a resolution, the 15-member Council decided that MINUSTAH — consisting of up to 2,370 troops and up to 2,601 police component personnel — will stay in Haiti until April 15, 2017.

Whether that is a good thing depends on which Haitian you ask.

Back in Port-au-Prince, a senior public servant says Haitians must run their own country, but the United Nations should remain and “take some time again to make sure that the situation is pretty stable”.

The presence of the United Nations in the country has certainly had an impact on the Haitian economy.

Take the cost of housing, for example. The United Nations pays in United States currency, so much so that Haitians now want accommodation to be paid for in US dollars. While this might not be a challenge to visitors to the country, it certainly is for many Haitians.

“The good thing is that the United Nations brings some stability in the country. You need the stability. But we have to manage our country by ourselves in the end. So this has to be temporary and then, gradually — in fact, they have started to retreat gradually,” the public servant said.

“But we need to have fair elections and then have a president that everybody respects that this president is for five years,” he adds.