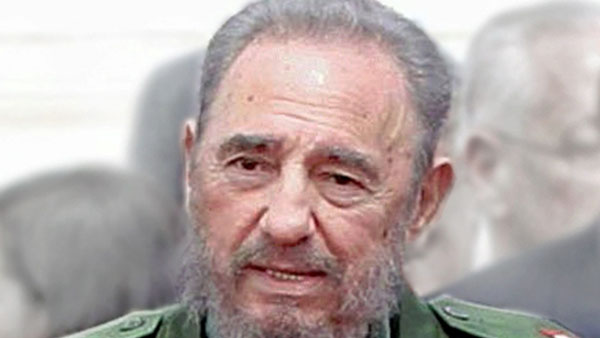 The leader of the Cuban revolution, Fidel Castro, died, yesterday, eight years after stepping down as the country's President.

BRIDGETOWN, Barbados, November 26, 2016 (CMC) – Caribbean politicians, today, praised the life of Fidel Castro, the former Cuban leader, who died yesterday, and who sought to improve relations between his Communist island and the region.

“The real Revolutionary. Indelibly etched in history. I pay my respects to the life and work of Fidel Castro and express the profound condolences and sympathies of the Jamaican people to the people of Cuba,” Jamaica Prime Minister, Andrew Holness, said in a message on his Facebook page.

In a statement, Holness later indicated that he had written to President Raul Castro extending deep sympathies on behalf of Jamaica.

“The government and people of Jamaica join me in extending to you, the entire Castro family and the Government and people of Cuba our deepest condolences on this occasion,” he said, adding Castro “will go down in the annals of history as one of the leaders who, though coming from a Caribbean island developing State, has had the greatest impact on world history”.

President David Granger said Guyana was “deeply saddened by the passing of President Castro” noting “his life was of significance not only to Guyana and the friendship that he had with Guyanese leaders, but also to the entire Western Hemisphere and to the world”.

“He certainly transformed politics in the Western Hemisphere and we would like to express our solidarity with the Cuban people in that regard,” he added.

Dominica’s Prime Minister, Roosevelt Skerrit, said Castro “was somebody who had a very long and positive impact on the entire world, having served for several decades.

“But it is not only about his longstanding leadership of Cuba that is of note, but his generosity to the world and the impact which Cuba made on freedoms of many countries,” Skerrit said.

President Raul Castro announced, late yesterday, that his elder brother and leader of the Cuban revolution had died, eight years after stepping down. He said there will be several days of national mourning and that Havana will honour the wish of the 90-year-old former president that his body be cremated.

President Castro said the cremation will take place later on Saturday. The Council of State in Cuba has declared nine days of national mourning, from November 26 until December 4.

Prime Minister Skerrit said flags will be flown, in Dominica, at half-mast on Monday until after the burial of the leader, who, for many years, defied the isolation policies of the United States and sought closer relations with the Caribbean.

St. Kitts-Nevis Opposition Leader, Dr. Denzil Douglas, said Castro was “not only a friend of St. Kitts and Nevis but also a committed friend and comrade of the wider Caribbean region.

“There’s no doubt that he will be greatly missed by the entire PetroCaribe and ALBA (Bolivarian Alliance for the Peoples of Our America) fraternity for his untiring efforts to improve the living standards of the people of the Bolivarian Republic of Venezuela and create greater lasting friendships of the peoples of the Americas,” he added.

Trinidad and Tobago Opposition Leader, Kamla Persad Bissessar, in paying tribute to Castro, said that his life and his control over Cuba, “his personal efforts at improving the lives of his people and his role on global stage have already engaged the attention of historians of different social and political stripes.”

“The enduring legacy of the man, who featured in some of the world’s most iconic dramas, will no doubt live on in history and in legend,” she added.

Her Jamaica counterpart, Portia Simpson Miller, described Castro as a great leader and consummate friend of Jamaica, whose legacy will live on well beyond the 90 years of his life.

“One of the great honours of my life was knowing Fidel and I will never forget our conversations and his words of wisdom,” Simpson Miller said, adding that “through his efforts, today Cuba stands as a proud Caribbean beacon of quality education and training of an entire nation and a first-rate healthcare system, among other social advances”.

Former Guyana president, Bharrat Jagdeo, said Castro has always been helpful to Georgetown “even before we gained independence and throughout all the years since we have been an independent nation”.

“It’s a sad day for the world. Fidel Castro was a statesman. He was an internationalist and because of his principles, he helped many developing countries particularly in the Caribbean and Latin America,” Jagdeo added.

In Miami, among the Cuban community there was celebration that Castro had died with Miami’s Little Havana “teemed with life – and cheers,” according to the Tampa Bay Times.