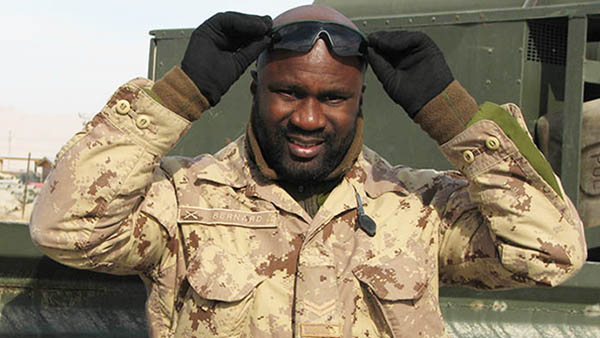 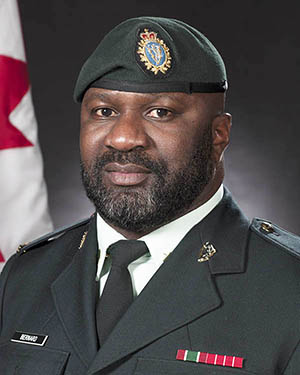 BORDEN, Ontario Tuesday, February 28, 2017 — Master Corporal Ezrick Bernard knew from the tender age of 11 that he wanted to become a soldier. When he immigrated eight years later with his parents and one of his 14 siblings to Canada from Trelawny, Jamaica in 1994, his dream began to take shape.

During his college years at Humber College and George Brown College where he studied computer technology, MCpl Bernard joined the Queen’s Own Rifles in Toronto as a Reserve infanteer, fully prepared to give back to his adopted country through military service.

The decorated Afghanistan veteran, who has served 13 years in the Regular Force and three years in the Army Reserve, is currently Change Management Coordinator of Telecommunications and Information Services at Canadian Forces Base (CFB) Borden.

He deployed to Afghanistan as part of ROTO 3 from November 2006 to July 2007 as an IST and has received the General Campaign Star – South West Asia (GCS-SWA) service medal and the Canadian Decoration.

Although he has had his share of racist and discriminatory incidents during his career, MCpl Bernard noted that during his deployment, in general, he experienced very few incidents of racism or discrimination because, in a war zone, the focus is on keeping everyone safe.

MCpl Bernard said that in his experience, racism issues are still occurring, so he applauds the many support and action groups that have evolved to support diversity and combat racism and that attitudes are slowly changing. He believes that change is mainly due to more discussion and openness about racial issues and their resolution, but there is work to be done.

“This will take years and years,” he said. He is optimistic that progress can be made through what he calls “generational change,” similar to raising a child with good values.

He believes it has to start with new recruits instead of the officers because, as he puts it, “You can’t fill a bucket from the top down; you have to start from the bottom. We owe it to the young people who are joining to give back and work within the system to make improvements.” 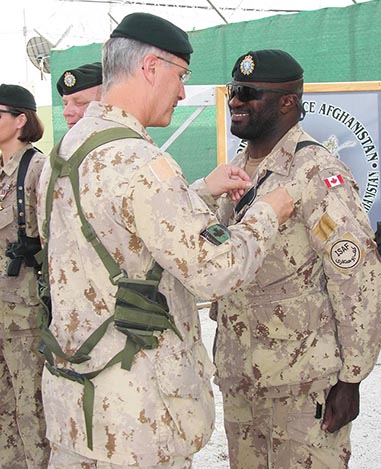 “I would never discourage anyone from joining the Army,” said MCpl Bernard. “I would advise others experiencing this to keep your chin up, think about your own standards and have a vision of where you want to go. Whenever engaged in conflict of this kind, always use the measures put in place, such as Operation Honour.”

Looking not only for support for himself but also to offer support to others, MCpl Bernard became involved with the Defence Visible Minorities Advisory Group (DVMAG). DVMAG seeks to identify and eliminate visible minority issues through educational events and by guiding members to available supports and services.

“I volunteer with DVMAG, helping to set up events. The group is for awareness and points people in the right direction,” he said.

He credits his strong family and military support system for keeping him in a positive frame of mind, as well as his vibrant interest in psychology that helps him to understand why people do what they do.

“Soccer really helps to keep my mind clear and focused,” he said. He also volunteers with the CFB Borden Board of Directors in support to youth and other annual events at the base community centre.

“My 11-year-old son Maxwell is my biggest motivation,” he said. He spoke at his son’s school as part of Remembrance Day events in 2007 when he had recently returned from his deployment, and it was the ultimate case of “show and tell” for his proud son. 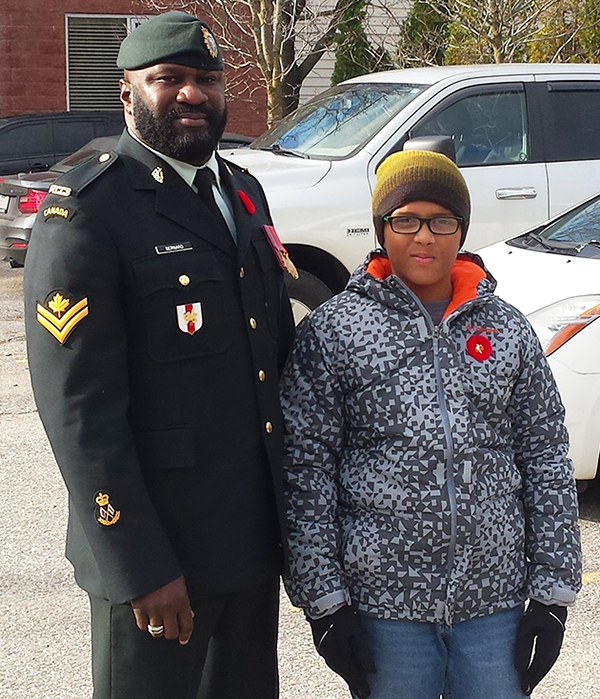 His worst day? “My worst day in the Army is the day I attended the funeral of one my closest friends who was killed in Afghanistan.”

What is the way ahead for MCpl Bernard? He would like to commission as an officer and become a Personnel Selection Officer to allow him to apply his education in behavioural sciences to improve recruitment, placement and career satisfaction of Army members and help unit leadership strengthen the morale and cohesion of their teams.

“Looking towards the future in my career, I use the word VISION which has become an icon to me. I am a very strong believer that how a person thinks and sees the world around him will define their path.

“Being transparent and direct in all situations will produce the most effective outcome for any leader and having a clearly defined vision and communication in any matter will foster keenness and guarantee success,” he said. 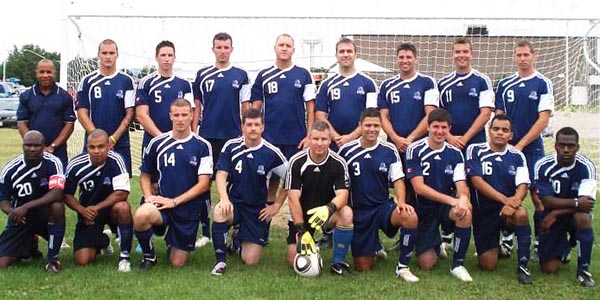 “With this degree and if I successfully commission to the rank of an Officer, I hope to make effective change in areas that will give all accepting Canadian Forces members encouragement to make the best of their careers and in serving their country,” he said.

Jamaican historical notes
The Caribbean island of Jamaica, which is the third-largest island of the Greater Antilles, became a parliamentary democracy in 1962 under Queen Elizabeth II. Conquered by the Spanish in 1494, Britain took over in 1655.

The indigenous Arawak and Taíno peoples were decimated through war, disease and slavery and by 1600, they had almost disappeared.

Predominately of African ancestry, present-day Jamaicans have European, Chinese Hakka and East Indian ancestry. Enslavement began with Spanish rule and continued until 1838. Today Jamaica is a thriving nation with tourism and mining as its main industries.