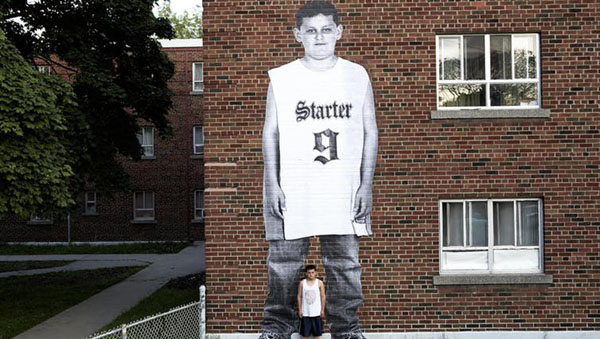 Despite the demonization of marginalized communities by politicians on the campaign trail, research shows they’re marked by a profound sense of community, supportive social networks – and resilience. A Toronto Regent Park resident, a boy named Cody, is seen as part of an art installation in this 2008 photo. Photo credit: Dan Bergeron/fauxreel.ca.

The proliferation of gun violence in Toronto this year prompted troubling responses during the city’s recent mayoral and city council campaigns.

Now dethroned city councillor Giorgio Mammoliti publicly dehumanized Toronto’s Jane-Finch neighbourhood this summer, figuratively invoking genocide when he characterized residents of the Jane-Finch community as “cockroaches” who should be sprayed so they’d be forced to “scatter.”

Then there’s Toronto mayoral candidate Faith Goldy, the far-right media personality with documented links to white nationalism who placed an eyebrow-raising third in the mayoral race.

The ever-controversial Goldy built a campaign on the premise that Toronto is in a state of urban decay, a city overrun with gang-related violent crime while police and city officials, supposedly wary of accusations of racism, are reluctant to take “proper” measures to address the crisis.

She went so far as to advocate the return of police carding, a practice whereby law enforcement officers are able to question and investigate racialized citizens without just cause.

The underlying theme of these political candidates? Racialized, low-income people subscribe to inherently pathological and deficient cultures and, as such, threaten the social order.

Rather than reversing the retreat of the welfare state, providing supports to communities and investing in public housing, the solutions of Mammoliti and Goldy include displacement along with greater surveillance and incarceration of the marginalized.

Growing up in Toronto’s Regent Park
As a former Regent Parker, I’m no stranger to such denigration.

Toronto’s Regent Park — the oldest and largest public housing community in Canada and, like Jane and Finch, one of the poorest neighbourhoods in the country — is where I was raised in a Caribbean household by a single mother and grandmother in the 1970s and ‘80s. (This, of course, was pre-gentrification.)

Growing up in such a context certainly had its challenges. Looking back from my current middle-class vantage point, I often wonder how we endured amid the stressors that saturated our lives.

But it wasn’t as bad as folks like Mammoliti would have you believe.

Within that much maligned urban space — framed by Gerrard, Parliament, Shuter and River Streets and located just east of downtown Toronto — there was a near-tangible sense of unity and belonging, the likes of which I have yet to experience since leaving. 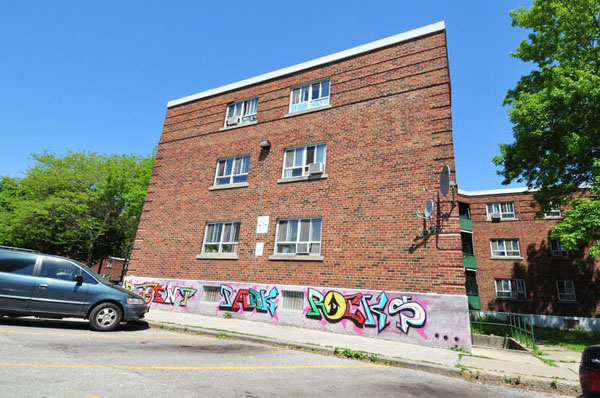 Growing up in a community widely portrayed as a haven for crime, violence, drugs and all things socially destructive, the stigmatization and exclusion we endured within the broader society reinforced our communal bond. It felt like us against the outside world.

Our community, where we lived and most of us attended elementary school, was a bunker to which we retreated to escape racial and class oppression. I cultivated some of my deepest and most enduring friendships in Regent Park, and some of the people with whom I grew up remain my closest friends.

Communal bonds are formed
In a landmark study of low-income African-American youth at a Washington, D.C. inner-city high school, anthropologists Signithia Fordham and John Ogbu found that such young people share a pronounced feeling of “peoplehood.” Communal loyalty is forged: “…in opposition to the social identity of white Americans because of the way white Americans treat them in economic, political, social, and psychological domains, including white exclusion of these groups from true assimilation”.

Similarly, a study of the Jane and Finch community conducted by York University sociologist Carl James illuminates a strong, defensively situated communal identity — a sense of community that transcends ethno-racial differences within the neighbourhood.

The young people endured an educational system that, in many ways, alienated them. Nonetheless, James found that many Jane and Finch youth were determined to achieve success in hopes of, one day, giving back to their community in some capacity. For some, being demonized provided motivational fuel.

My time in Regent Park, specifically the sense of community that characterized the early portion of my life there, stands in sharp contrast with the individualism that pervades my current middle-class milieu. It was a community where a spontaneous visit from a neighbour was welcomed as opposed to being perceived as an invasive nuisance.

Sources of strength and perseverance
After leaving the community at age 16 and, years later, completing a PhD, I returned to work for a local youth agency. My continued affiliation with this organization, after becoming a university-based academic, enabled me to conduct research with Regent Park youth.

The findings from this research, conducted with Faisal Islam, echoed themes that marked my own experiences in that neighbourhood as well as that of previous studies, namely a profound communal spirit, supportive social networks, resilience and a resistant consciousness that I later, through engagement with critical academic literature, came to recognize as assets in many ways unique to marginalized young people.

Educational scholar Tara Yosso refers to strengths and assets of marginalized communities as “community cultural wealth,” a concept she developed to counter the inclination of people like Goldy and Mammoliti to pathologize poor and racialized communities as socially and morally defective. 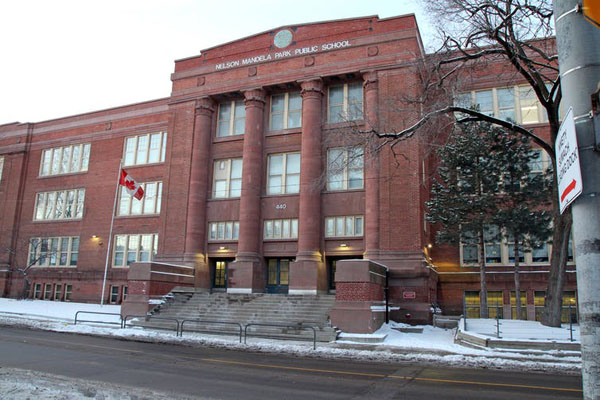 I have witnessed people persevere and build productive lives for themselves amid oppressive obstacles. I’ve seen poor single mothers (including my own) find ways to raise their children. I’ve watched kids hold on to noble aspirations despite the odds stacked against them. And I’ve marvelled as residents actively foster an affirming communal identity against a city of Mammolitis and Goldys casting them as inferior and deviant.

‘Socioeconomic purgatory’
These are people who draw on and cultivate community cultural wealth. I’m a beneficiary of such efforts.

All of this is not to romanticize the value systems of poor communities. Any community relegated to socioeconomic purgatory by oppression and discrimination will develop defensive norms and values that, while in many ways empowering, may also be self-defeating.

I grew up with a number of smart peers who wound up underemployed, in prison or dead. Had these individuals been endowed with class privilege, or the benefit of a school system that was more responsive to their needs, they would likely be university-educated professionals today.

But to dehumanize neighbourhoods like Jane-Finch and Regent Park is to negate the inspiring stories of kinship, love, resourcefulness, activism and fortitude that distinguish these urban spaces. If Mammoliti ever got to experience this, he might just toss away his insect repellent — and perhaps he’d still have a job.

Kevin Gosine is an Associate Professor at Brock University