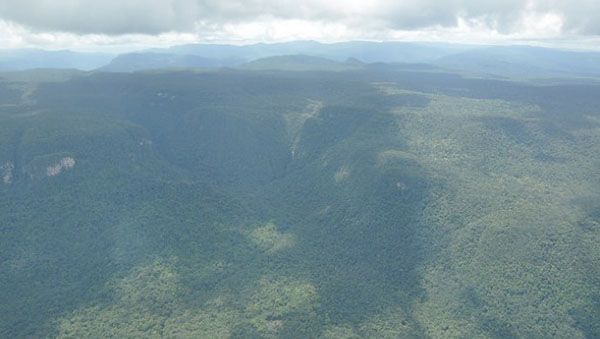 In November 2009, Guyana made a deal with Norway, which agreed to pay up to 250 million dollars over the course of five years if Guyana maintained its low deforestation rate. The country has been lauded for its low-carbon development path. Photo credit: Desmond Brown/IPS.

Guyana’s New Oil Fields Both A Blessing And Curse

GEORGETOWN, Guyana March 6, 2017 (IPS) — The recent discovery of large volumes of oil, offshore of Guyana, could prove to be a major headache for the country, as the Caribbean Community (CARICOM) and other Alliance of Small Island States (AOSIS) members press for keeping global temperature rise to 1.5 degrees C above pre-industrial levels as provided for in the historic Paris Climate Agreement.

Exxon Mobil recently announced the successful drilling of a deep-water exploration well that may soon confirm that the seafloor beneath Guyana’s coastal waters contains one of the richest oil and natural gas discoveries in decades.

Experts now estimate that one of its offshore fields alone, known as Liza, could contain 1.4 billion barrels of oil and mixed natural gas.

But in the face of a changing climate fueled by greenhouse gas (GHG) emissions, Dr. Al Binger, interim executive director of the Caribbean Centre for Renewable Energy and Energy Efficiency (CCREE), said Guyana should not get too excited about the discovery.

“Guyana finds themselves inside AOSIS, the group that is fighting to keep temperatures under 1.5 degrees C, and now they are going to want to sell carbon which is going to get burned. I think they are going to have a lot of head-scratching to figure out ‘is this a blessing or is this a curse?’” Binger told IPS.

“If you are now finding plenty of oil, and basically to keep temperatures down, we are saying no more carbon fuels, then who are you going to sell it to?” he said. “I don’t know how much they are going to be able to sell because they are trying to meet the Intended Nationally Determined Contributions (INDCs) requirements to actually keep the temperatures below 1.5 degrees C.”

Countries across the globe adopted an historic international climate agreement at the U.N. Framework Convention on Climate Change (UNFCCC) Conference of the Parties (COP21) in Paris in December 2015. The INDCs publicly outlined post-2020 climate actions countries intend to take under the agreement.

The climate actions communicated in these INDCs largely determine whether the world achieves the long-term goals of the Paris Agreement: to hold the increase in global average temperature to well below 2 degrees C, to pursue efforts to limit the increase to 1.5 degrees C, and to achieve net zero emissions in the second half of this century.

The rallying cry of AOSIS has been “1.5 to Stay Alive”, saying it represents a level of global warming beyond which many vulnerable small island states will be overwhelmed by severe climate impacts.

The scientific findings based on low-emission scenarios (also examined by the IPCC in its fifth assessment report) show that it is both physically and economically feasible to limit warming to below 1.5 degrees C by 2100, after temporarily exceeding 1.5 degrees C in the 2050s (but still staying well below 2 degrees C). 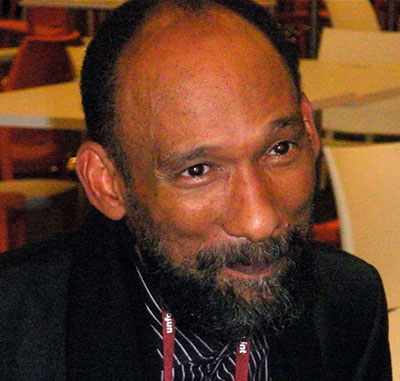 Binger said holding warming below 2 degrees C requires early and rapid action with the level of action in the next 10 years very similar to 1.5 degrees C. By 2030, action towards 1.5 degrees C needs to be faster than for 2 degrees C, he said.

“So, if you have a lot of carbon, what are you going to do with it? We keep emitting carbon and now we are reaching a stage where we just basically can’t emit anymore, because there is no space for it if we are going to stay in temperatures that we can survive,” Binger said.

Binger explained that limiting warming to below 1.5 degrees C by 2100 requires a reduction of global greenhouse gas emissions by 70 to 95 percent relative to 2010 levels by 2050. This is significantly deeper than the 40 to 70 percent by 2050 for 2 degrees C.

“If we have to decarbonise and we have to go to zero carbon fuels, then the only carbon we could actually burn would be some portion of what we sequester,” Binger said.

In November 2009, Guyana made a deal with Norway, which agreed to pay up to 250 million dollars over the course of five years if Guyana maintained its low deforestation rate. It was the first time a developed country conscious of its own carbon-dioxide emissions had paid a developing country to keep its trees in the ground.

Under the initiative, developed by the United Nations and called REDD+ (for Reducing Emissions from Deforestation and Forest Degradation plus conservation), Guyana can continue logging as long as biodiversity is protected.

Guyana is one of the poorest countries in the region and officials have been banking on the production of oil, expected to begin around 2020, to turn around the economy.

Early rough estimates by experts of how much recoverable oil Guyana could have range to more than four billion barrels, which at current prices would be worth more than 200 billion dollars.

Binger could not comment on what advice, if any, Guyana might be receiving from AOSIS or the Caribbean Community Climate Change Centre (CCCCC).

“There are quite a few reports out that we can’t burn a lot of the hydrocarbons, so what’s down there will have to stay down there unless they are going to use it to make things like plastic, chemicals, fertilizers. Anything that is going to be a combustion project is going to have issues with basically how much more carbon we emit relative to where we need to be to stabilize global climate,” he added.