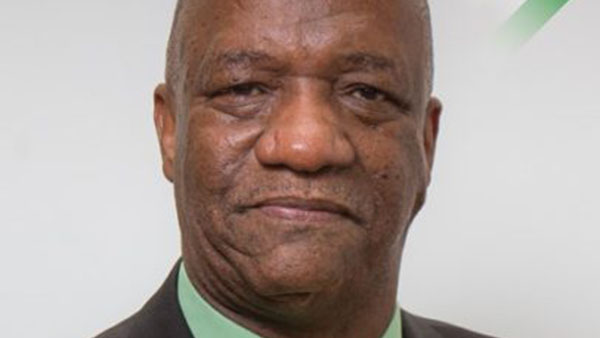 Guyana Opposition Leader Yet To Respond To Code Of Conduct

GEORGETOWN, Guyana, March 23, 2017 (CMC) – The Leader of the Opposition, Bharat Jagdeo, and some civic organisations are still to provide their input on the Code of Conduct for Ministers of government, Members of parliament and other public officials.

At today’s post-Cabinet press briefing, Minister of State, Joseph Harmon, said copies of the Code of Conduct were circulated to these parties since they were drafted.

“As of this mornin, we have not received formal comments from any of these bodies,” Harmon said.

The Office of the Prime Minister has lead responsibility for governance, under which the Code of Conduct falls.

Harmon noted that if anyone has information of a Minister or any other public official violating the existing Ministers’ Code of Service, he or she should formally inform the government so the matter can be addressed.

The Minister of State was addressing accusations made by the Leader of the Opposition against the Public Security Minister, Khemraj Ramjattan, of selling firearm licences.

“I believe these are very serious accusations that are being made, and therefore if the Leader of the Opposition, or anybody for that matter, has information which seeks to impugn the character of a minister, then in fact, they should send something in writing to the government,” Harmon said.

“It lists several values, many of which find themselves into the Code of Conduct and those values are related to accountability, dignity in office, diligence, duty, honour, integrity, loyalty, objectivity, responsibility and transparency,” he pointed out.

The Code of Conduct will, “assist Ministers and Members of the National Assembly in the discharge of their obligations to the constituents and the public at large. It provides guidance on the values, the moral qualities that should govern the conduct of ministers and members in discharging their parliamentary and public duties.”

The Code of Conduct will eventually be incorporated in the Integrity Commission Act, which is currently under revision for amendment. The revision of the Act includes strengthening the Act, “to give it some amount of teeth in the enforcement of what it is supposed to do.”

It provides for the formation of the Integrity Commission and makes provisions for the purpose of securing the integrity of persons in public life.

The minister added that the government has an agenda for the development of the country and it does not include the baseless “rant and rave” of sections of the society. 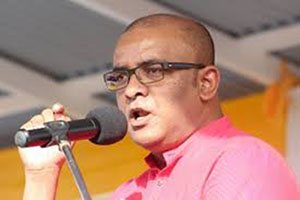 On another matter, Harmon also mentioned that Opposition Leader Jagdeo should have written to President David Granger requesting a review of the list of qualities for the candidate for the Guyana Elections Commission (GECOM) chairman.

“If in fact the Leader of the Opposition had an issue with the qualities that were listed, then the practical thing to do will be to write the President stating your issues and request reconsideration,” Harmon told journalists at the post-Cabinet press briefing.

The Minister was responding to a question raised regarding the qualities expected of prospective candidates for the GECOM chairmanship.

President David Granger had said that the candidate must not have any alignment to a political party or must not be an activist. The Leader of the Opposition said it is now difficult to choose a chairman given the qualities laid out by the President.

Harmon explained that there were consultations between the President and Jadgeo, in the presence of the Attorney General and Minister of Legal Affairs, Basil Williams, and Member of Parliament, Anil Nandlall, in which the Leader of the Opposition asked the president to explain the qualities the chairman must possess.

Harmon said the president then wrote the Leader of the Opposition informing him of those qualities.

“These are matters that are related to the way in which articles in our Constitution are given effect. Some things are not specifically stated and in this case the qualities were not stated anywhere. The president upon request from the Leader of the Opposition provided those qualities…I cannot understand that you cannot find Guyanese of quality to fit the bill,” he said.