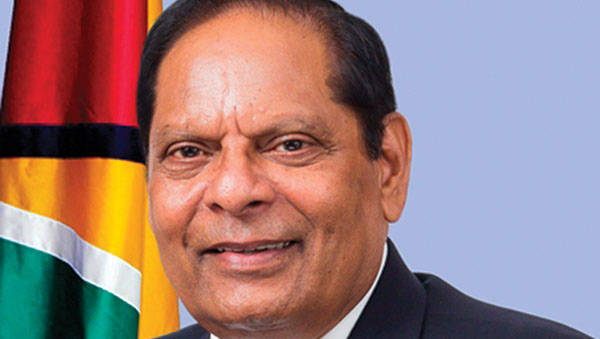 GEORGETOWN, Guyana, May 1, 2017 (CMC) – The Guyana government says it is “deeply concerned” at what it considers “to be a deeply flawed and undated report”, on the country’s ranking on the World Press Freedom Index by Reporters Without Borders (RWD).

Prime Minister, Moses Nagamootoo, who is also the Information Minister, said he is unaware that RWD had conducted any survey or inquiry into press freedom in Guyana, and questions whether its findings were based on credible sources.

In the report, RWD notes that “journalists are subjected to harassment, that takes the form of prosecutions, suspensions and intimidation”.

“The government of Guyana is not aware of a single instance of any journalist being subjected to harassment or prosecution in Guyana, since May 2015, when the coalition government assumed office.

“The government of Guyana suspects that the Reporters Without Borders write up on Guyana is based on old information, which pre-dates 2015. Guyana has since distanced itself from the crude subversion of the press, and its conversion into partisan political propaganda outlets under the previous government,” noted Nagamootoo.

The David Granger government said, recently, there were two cases of unjust suspension of state media employees, “which were robustly condemned by senior officials of the government of Guyana”, adding “these were addressed to the satisfaction of the affected employees”.

The government said that the media, here, have “never had greater latitude and freedom to operate, without interference from government intrusion, control or direction, than it presently does.

“The government of Guyana is unaware of any intimidation of media workers and calls on Reporters Without Borders to update its country information with current and relevant information, which reflects the reality in Guyana, and not allow itself to be compromised by fake news and false reports,” the government added.