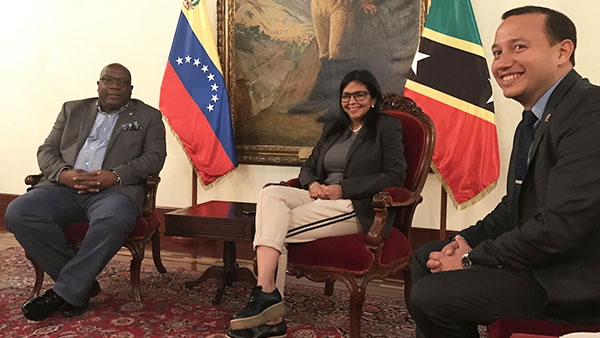 BASSETERRE, St. Kitts, March 10, 2017 (CMC) – The Organisation of Eastern Caribbean States (OECS) and Venezuela are exploring the possibility of developing a stronger Coast Guard network to protect their open borders, according to a government media release, issued here today.

Reporting on the outcome of discussions held in Venezuela between OECS Chair, Dr. Timothy Harris, who is also the Prime Minister of St. Kitts-Nevis, and Venezuela’s Foreign Minister, Delcy Rodríguez, earlier this week, the release noted that the talks were “wide-ranging and fruitful”.

It said that Harris brought up the topic of the role that Venezuela can play in helping to boost intra-regional agricultural trade. 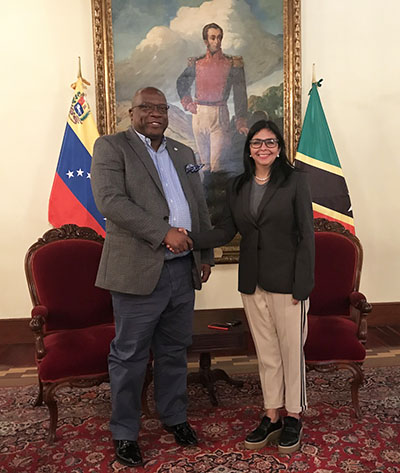 “One avenue would be to help upgrade boat facilities so that there can be adequate refrigeration and ventilation systems on board. Good storage facilities would reduce loss of produce during transport and ensure that high-quality fruits and vegetables are traded among the islands,” the government release said.

It quoted Harris, who is also the Minister of National Security, as having informed the Venezuelans he is committed to strengthening the ability of the Coast Guard Unit of the St. Kitts-Nevis Defence Force to assist in the prevention of drug trafficking among the islands, noting that his Team Unity administration is seeking support from the Bolivarian Republic of Venezuela because “You have developed a very good Coast Guard.”

Rodríguez then addressed the Vice Minister for the Caribbean, Raúl Li Causi, saying “probably, you can take some people from here to there to meet with the right people.”

Later in the meeting, Raúl Li Causi, Venezuela’s Vice Minister for the Caribbean – apparently inspired by Harris’ passionate advocacy for a stronger Coast Guard network to protect the open coasts – followed up, saying: “OK, we will have a meeting with all the OECS [Organisation of Eastern Caribbean States] countries on the matter of security with Venezuela in order to achieve a level of security,” revealed the release.

It quoted Harris as saying “that would be fine. We need some support in terms of the patrolling of our coasts”.

The Prime Minister of St. Kitts and Nevis said during his press conference on February 1 that, “We have to ensure that our coasts are being monitored and that we can have cooperation, using equipment and intelligence from our neighbours to assist in the fight against crime.

“Guns are not manufactured here, and the fact that they continue to be available is a matter of concern. So we are going to look both within and without [outside of the Federation] in order to bring solutions.”