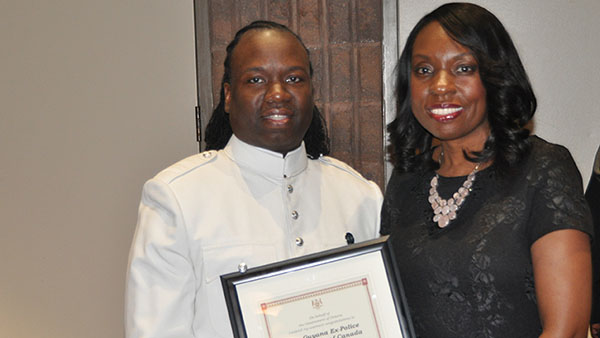 Ontario Member of Provincial Parliament (MPP) and Minister of Education, Mitzie Hunter, seen with John O'Dell, President of the Guyana Ex-police Association of Canada (GEPAC), after she had presented his organisation with a congratulatory, framed message. Photo by Paul O'Dell, a Lieutenant with the The Port Authority of New York and New Jersey Police Department, and John O'Dell's older brother.

TORONTO, Ontario Thursday, May 4, 2017 (PRIDE) — Fresh from a government business trip to Sudbury, Ontario, earlier in the day, last Saturday evening, Education Minister, Mitzie Hunter, “warmly” congratulated the Guyana Ex-police Association of Canada (GEPAC) on the milestone of its 20th anniversary, which was being celebrated in the presence of a sold-out, 400-plus audience.

Introduced, tongue-in-cheek, by second-term GEPAC President, John O’Dell, as a dynamic woman “whose smile alone can get you to agree to anything she says”, the tall, stately, chic politician responded that O’Dell was one of the most persuasive individuals she knows, and applauded the organisation and its members for “your continued dedication to community service and development within our diverse Scarborough-Guildwood community, and our province”.

The Jamaica-born, consummate politician then adroitly segued into informing the audience about the recently announced Ontario budget, specifically the provision for free prescription medications for children and youth, 24 years and under — regardless of family income.

She said Ontario’s new Children and Youth Pharmacare drug benefit program that starts on January 1, 2018, “will provide much needed relief to families and better health for our children”.

Minister Hunter — who O’Dell also gave plaudits for her “work ethic and devotion to public service (that) can only propel her to greater things” — then relayed greetings from Ontario’s Premier Kathleen Wynne.

“On behalf of the government of Ontario I am delighted to extend warm greetings to everyone attending the 20th anniversary ball of the Guyana Ex-police Association of Canada. Ontario’s success as a multicultural society owes much to the people who have come here, from around the globe, to pursue opportunities and build better lives,” read Minister Hunter from Premier Wynne’s statement. 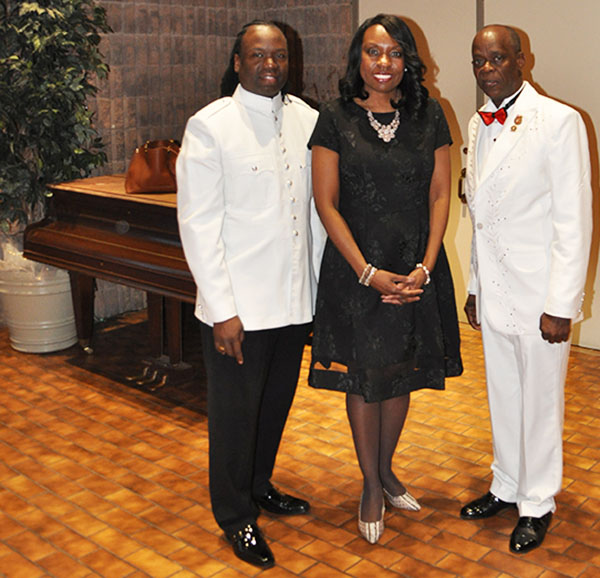 “We continue to be a welcoming destination for new comers, who bring with them valued knowledge and experience from every part of the globe.”

The Premier said that Ontario is fortunate to be home to many professional and cultural associations, organisations that are actively engaging members in projects and initiatives that contribute to the vitality of the province.

“Since its founding in 1997, GEPAC has done an admirable job in providing members with opportunities to renew old acquaintances, forge new friendships and work on numerous worthy causes, both in Canada and Guyana.

“I commend everyone in the GEPAC for your outstanding community spirit. Know that you are helping build a dynamic and engaged Guyanese community, within a strong and prosperous Ontario,” the premier’s statement concluded.

In his welcome address, O’Dell, who was initially elected president in 2006 until 2008 — the first non-member of the Guyana Police Force (GPF) to hold the office, made possible by an amendment to the organisation’s constitution in 2005, allowing spouses and children of members to run for office — acknowledged and recognized the work of women in society.

The GEPAC president, because “time would not permit me an exhaustive list” of such women, highlighted three in the audience: Minister Hunter; Luann Jones, who leads Covenant Funeral Homes in Scarborough, Canada’s first black-owned funeral home; and Mishelle Butters, the Consul in the Guyana Consulate in Toronto.

He also recognized and wished an early Happy Mother’s Day to “all mothers and mothers-to-be”, singling out and presenting a bouquet of flowers to his mother, Gem Sampson, a former corporal in the GPF.

“We salute you, we embrace you, we thank you and we encourage you. It is with your hard work and many sacrifices that we are all here today, being productive members of society,” he told mothers in the audience.

A contingent of 53 members of the Guyana Ex-police Association of America (GEPAOA) — who endured an all-night bus trip from New York City, including a two-hour delay at Canada Border Services — attended the anniversary celebration.

Under the leadership of Leroy Charles, its president, the GEPAOA that is located in Brooklyn, New York and was founded on March 25, 1967, celebrated its 50th anniversary, earlier this year, which was attended by several members of GEPAC.

O’Dell, who is also the co-Chair of the Toronto Police Service’s Black Community Consultative Committee and a member of the Association of Black Law Enforcers (ABLE), reminded the audience of the organisation’s history and touted its successes.

“We have become more community-oriented, with an emphasis on bridging the gap between our youth and our senior members in our community,” he said, adding “As we celebrate 20 years of fellowship, camaraderie and community work, we reflect on the things we have done and the things we have left undone.

“Our goals are simple: to be a sisterhood and brotherhood for each other and to embrace the community, at large, in making our world a better place.”

He noted that GEPAC, among its many other accomplishments: teamed up with the Toronto Auxiliary Police for their toy drive, which provides toys to women’s shelters for the children; worked with Toronto Police Service’s (TPS) Black Consultative Committee, on a consultative basis, to address issues that affect and matter to the Black community; helped to attract visible minorities to careers in law enforcement and emergency services with the TPS, Royal Canadian Mounted Police (RCMP), York Regional Police, Peel Regional Police, the Ontario Provincial Police (OPP), Halton Regional Police, Toronto Fire Service and EMS; created a scholarship fund for the children of current police officers in Guyana, based on their academics; partnered with the Alliance of Guyanese Canadian Organizations on youth projects; contributed to the welfare of children, through donations to the Sick Kids Hospital’s Herbie Fund; and contributed funds to The Caribbean Children’s Foundation, which helps to fund surgeries for Caribbean children. 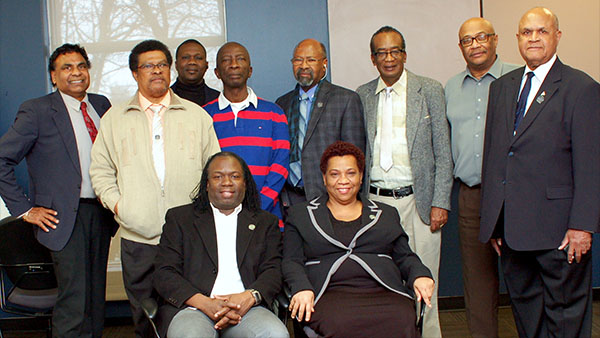 A recipient of the 2017 African Canadian Achievement Award (ACAA) for Excellence in Community Service, O’Dell, a national representative with Unifor, one of Canada’s largest trade unions, paid tribute to Roger Mattar, a co-founder and past president of GEPAC, who passed away last month.

Mattar joined the then British Guiana Police Force in 1961, earned a sparkling reputation in the Canine unit as a dog-handler and was seconded to the Montserrat Police Force.

Upon his return to Guyana, he was promoted to the rank of Detective Inspector and reassigned to the Price Control Squad, where he served until his resignation and subsequent migration to Canada.

The GEPAC 20th Anniversary Ball was a glamourous and successful affair, taking the form of a dinner-dance, live entertainment, recorded music and the distribution of door and raffle prizes, which included a return trip to Guyana, donated by Fly Jamaica, and presented by Martin Bowen, the airline’s representative.