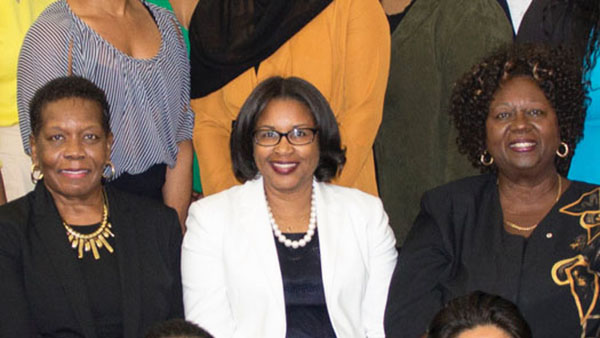 Established in 2004, its goal is to simplify and demystify the path to public office in Canada.

Approximately 40 women gathered in the members’ lounge on June 3 to hear opening remarks by Jean Augustine, the first black woman elected to the Parliament of Canada, a panel discussion, and a group discussion.

Velma Morgan, a board member of OBVC, said she hoped the summit would present some ideas about why black women aren’t running and some tools to help them do so at all three levels of government.

The organization will be re-launched in September.

Delores Lawrence, the first chair of the OBVC, introduced Augustine who said it was her motion that got the statute of the Famous Five that’s erected on Parliament Hill.

A group of women from Calgary had approached her with the notion that those women in 1923-1925 were struggling to get women recognized as persons in Canada.

It was also her work through the Bank of Canada to get the women on the $50.

“I also want you to note that there are a number of things that you will do as a voice, as an activist, as someone who is out there making some things happen that you will not get the full credit for and that others will get the credit. This is the way that you roll in the political arena, that everything is not about you but everything is about the changes you want to make in society,” she said.

Augustine told the women that the political arena is a good place to be where they can make change in society.

She told them that they can’t wait until the last minute to put their name in and then run around to try to solicit help.

Brittany Andrew-Amofah, a public affairs commentator and community organizer, moderated a panel including Toronto District School Board trustee, Tiffany Ford; Che Marville who ran for the NDP in Oakville in the 2015 federal election; Sharon Joseph, founder and executive director of Breakaway Relief Foundation, a nonprofit social services and employment agency; and Angela Wright, a historian and writer who sits on the social services policy advisory council for the Ontario PC Party.

Ford, the only black female on the school board, said she ran in the municipal election because she cared about her school, Westview Centennial Secondary School, and wants to encourage young people to become more engaged.

She was motivated by Augustine and her mother, both of whom are Grenadian, and replaced the long-serving and retired TDSB trustee, Stephnie Payne.

Ford, who co-chairs the TDSB’s Black Student Achievement Advisory Committee, and chairs the expulsion hearings, said it is important to make a change in the system while there.

“We need more black women to be a force – we are a force.”

She ran as an independent with a budget of only $5000 and knocked on any doors, noting that she resonated with the community because she lives there and was the only black person on the ballot within the Jane and Finch community.

Marville said politics isn’t just about power but it is about community.

Her uncle, Ovid Jackson, was a member of parliament under Jean Chretien and served as mayor of Owen Sound in a community that was 98% Anglo-Saxon, she said. 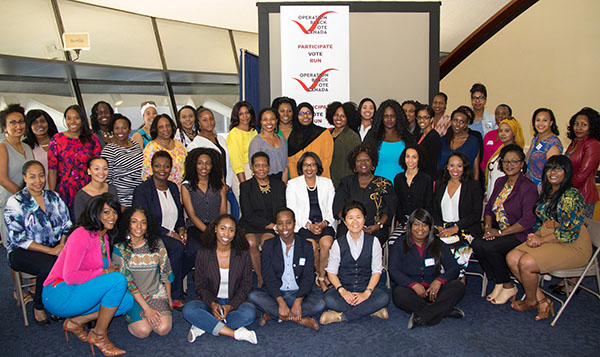 “Politics is about how we actually work and live together,” said Marville who noted that she was one few people of black descent running in Oakville. She ran because she was an active member in the community.

She said politics is nasty and unkind but it is worthy, and that networking and building relationships are important.

Marville said many of the people who did not agree with her politically supported her. She urged the women to have authenticity, honesty, and truthfulness.

“As a woman, running is not always easy and not always safe,” she cautioned.

Wright worked as a political staffer and on many campaigns. She said rules are not always followed or enforced.

“To win an election, you need two things – money and people. Money must come from direct ask and fundraising,” she said, also urging: “Do not take advantage of your volunteers because they will not come back.”

“People will say horrible things about you and people you thought would be your friends will be your enemy,” she said.

Describing herself as a very grassroots individual, Joseph said she started a Breakaway Relief Care, a not-for-profit agency, which evolved into a foundation from the basement of her home.

She was concerned about the loss of the lives of young people because of crime and so she started documenting things.

Joseph called a meeting with the police in the Jane and Finch community to discuss the correlation between crime and poverty, and also started a peace walk that continued for seven years.

She was a candidate for Ward 7-York West in the 2010 Toronto municipal election and ran against seven Italian men.

Joseph said she found it easier in residential areas than where there were apartment buildings, emphasizing that it is important to takes notes when talking to constituents.

Augustine advised that they should talk to the political party about running in a winnable riding and not be the sacrificial lamb, as if they’re desperate.

She also advised them to have a strategy for signing up people. She found people who knew people in each section and had a ‘kitchen cabinet’ of four or five people in the community who were very supportive.

The retired politician also encouraged them to make sure that they educate their canvassers – “let them know what your perspective is.”

Augustine also urged them to say hello to everybody on the street when campaigning.

There was also a group discussion facilitated by Marva Wisdom, another board member of OBVC.

Councillor Kristyn Wong-Tam announced the launch of Women Win Toronto (#WomenWinTO), a training program to “prepare women from diverse backgrounds (including trans and gender non-conforming individuals) who are working towards social justice in Toronto to run winning campaigns in the 2018 municipal election.”

The launch took place at the Multi-Faith Centre, University of Toronto on June 7. Applications opened on June 8.