New in Pride
Home / National News / Behind The Removal Of The Confederate Plaque In Montreal: American Story; Canadian History 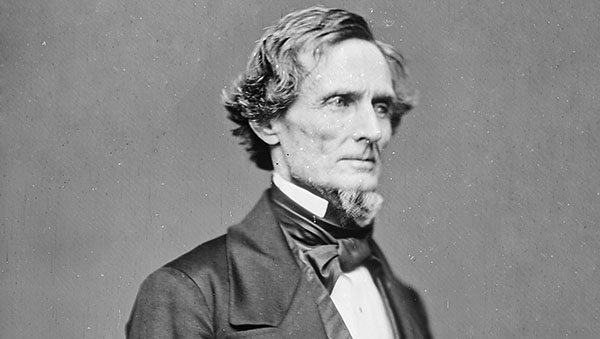 Plaque commemorating Jefferson Finis Davis, an American politician who served as the President of the Confederate States from 1861 to 1865, and lived in Montreal for a while, was hastily removed from its place in the Quebec city.

Behind The Removal Of The Confederate Plaque In Montreal: American Story; Canadian History

The backlash was swift, and seemingly devoid of thought.

The Hudson Bay Company quickly removed, from its downtown Montreal store, a plaque initially erected in 1957 and dedicated to Confederate President, Jefferson Davis, a rich Mississippi slave owner and committed supporter of slavery and white supremacy, who once resided in Montreal.

The retail store supplied no reason for the unceremonious removal, but rumours abound that the recent protests and violence in Charlottesville, Virginia, along with media inquiries and complaints by local residents, underpinned the action taken.

While the plaque may be symbolic of history, heritage or hatred, it also told the story of our nation.

If we are to be intellectually honest, it is utterly impossible to separate the plaque from its background history and symbolism, hence, mere removal serves a somewhat limited purpose. However, while the plaque symbolized racism and oppression of Black Americans and it is impossible to erase that history, it also enmeshes a rich and noteworthy part of Canada’s history, namely, how our involvement in the Civil War forged the birth of this great nation of ours.

The current conflict surrounding Confederate symbols is that one man’s acknowledgement to heritage is sadly another man’s reminder of oppression. To coin a phrase from Rudyard Kipling’s poem — “Twain shall never meet”.

During the Civil War era, Canada was more than just a mere spectator, serving as a secure communications link between England and the Confederacy.

In 1867, Confederate leaders gave the assent to set up a major spy ring in Canada. Montreal became known as the spy center of the North, with St. Lawrence Hall being the center of activity.

Jefferson Davis appointed Jacob Thompson as Inspector General of the Confederate Army and Clement Clay as his assistant (warfarehistorynetwork.com/daily/civil-war/the-confederate-spy-ring-spreading-terror-to-the-union/). Confederate agents operating in Canada did not bring any enslaved persons with them. 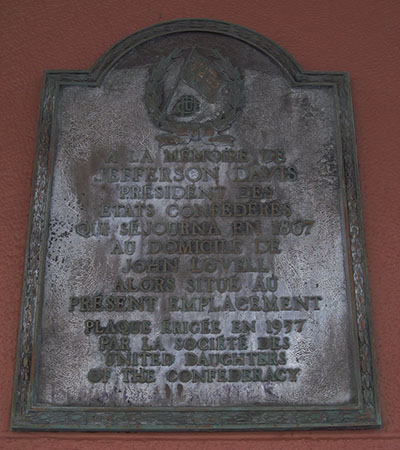 The Jefferson Davis plaque that the Hudson Bay Company removed.

With the accompanying losses brought on by the Civil War, Americans and Canadians had to make a determination if they would live up to their ideology of, “Are all men created equal or not?” And Canada, “Will we become Americans, or will we defend ourselves by becoming Canadians?”

Looming heavily on the horizon was the threat of indexation or annexation as the war threatened British North America, and pushed the weak Canadian colonies together for shelter to hold off the annexationist dreams of many in war-inflamed Washington.

It would be interesting to guesstimate the percentage of the population, who knew or cared about the existence of the plaque prior to its recent demise. Juxtapose this fact alongside the number of Canadians who are historically aware of the immense role played by the Civil War, in shaping how, and when, Canada became an independent country.

In his book, “Blood and Daring—How Canada Fought the American Civil War and Forged a Nation”, author and historian, John Boyko, counting on the fact findings of other scholars, attaches the number at roughly 40, 000 Canadians who fought in the war, although he voices his skepticism as to why some Canadians would have supported the South (www.theglobeandmail.com/arts/books-and-media/book-reviews/new-history-documents-canadas-surprising-role-in-us-civil-war/article12559597/).

The birthday of Jefferson Davis is still celebrated annually in Alabama, Kentucky and six other states, so it is evident that removal of the plaque — which only indicated the place where the Confederate President resided while in Montreal — reveals a great Canadian history lack.

When the many faces of racism become apparent, do we need to go afar to learn that the creation of Canada was due to the American Civil War?