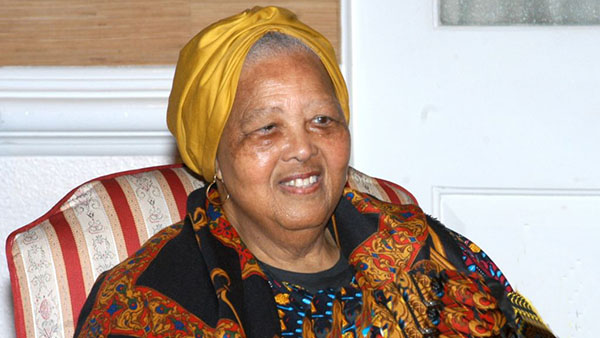 Hon. Louise Bennett-Coverley, aka Miss Lou, seen a few years before she died on July 26, 2006, during a visit to her homeland, Jamaica. Photo credit: JIS.

TORONTO, Ontario, September 8, 2017 — Born on September 7, 1919, if Jamaica’s renowned folklorist and cultural icon, Louise Bennett Coverley, aka Miss Lou, was alive today, she would have celebrated her 98th birthday yesterday.

Eleven years after she passed away, on July 26, 2006, her impact on lives in her adopted home, Toronto, remains very palpable.

Having lived in Canada for almost 20 years, Miss Lou, whose husband, Eric ‘Chalk Talk’ Coverley, died in 2002, was a source of encouragement for many Jamaican and Caribbean artists in the Greater Toronto Area. 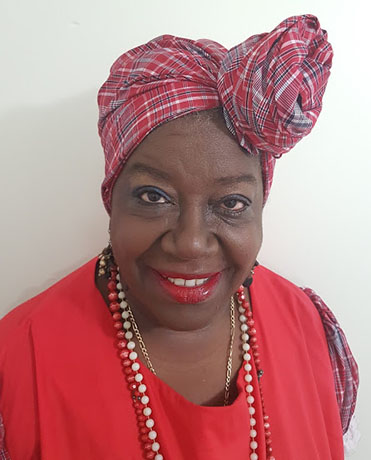 Storyteller, Letna Allen-Rowe (Ms. Letna), who organized a tribute to Miss Lou, last year, entitled “Memba Ms Lou”, says the cultural ambassador was her mentor for as long as she could remember.

Bennett Coverley taught her in a special language class at the Jamaica School of Drama in the early 80s.

“She implored us young thespians at the time not to forget where you coming from or you will not know where you going.  She advised us to keep the life of the Jamaican dialect alive, because it is our own unique language, and we must be proud of it.  ‘Don’t be intimidated by other powers, and use your patois proudly because it will define you, and one day the world will come to love and appreciate it. So teach it to your children, and your children’s children.’”

Allen-Rowe said Miss Lou paved the way to continue her legacy, “to have appreciation of my culture and its form, not to ‘tun up me nose at it’ but to embrace it with dignity and grace.”

“If Ms Lou was not an integral part of my life, culturally, I would be dead. I would have nothing to hold on to.  In times of trials and despair, I just grab a Ms. Lou proverb and it just put a smile pon mi face and joy eena mi heart. Tenk you Ms. Lou. Tenk Yu.”

Grace Lyons, founder and musical director of the Heritage Singers, has included a tribute to Miss Lou’s in the company’s 40th anniversary celebration, “Reflections…A Walk Down Memory Lane,” which will be held at the Toronto Centre for the Arts, and will include Joan Andrea Hutchinson on October 21 this year.

She says the tribute relates to a cameo performance in the company’s first homegrown pantomime in Toronto, “Zuzuwah,” written by the artistic director, the late Maud Fuller.

In this production, Miss Lou was a village prophet and the grandmother of “Channa” visits her to receive information.

“It was well staged and hilarious,” says Lyons noting that they will also present a favourite poem written by Miss Lou. 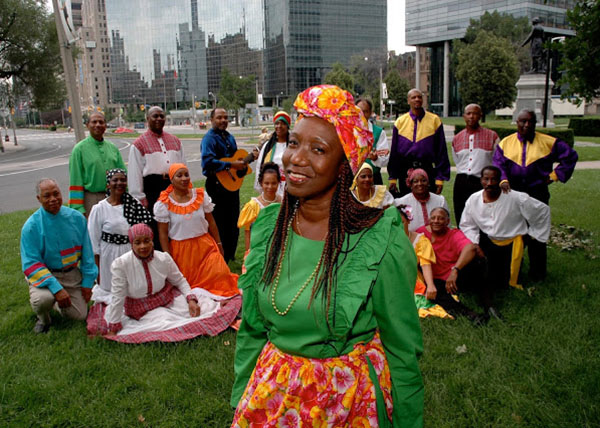 “Miss Lou’s influence over the years has catapulted Heritage Singers to perform worldwide, representing Canada at international festivals in countries such as Taiwan, Holland, Mexico, Germany, and Venezuela.”

Lyons said the veteran folklorist brought to them that sense of pride “in our culture, to use these songs as a tool to bridge cultural gaps, enhance ethnic, historic and social traditions relevant but not limited to Jamaica, the rest of the Caribbean, and the African community.”

She said Miss Lou performed with the Heritage Singers on numerous occasions including a visit from Queen Elizabeth II to Toronto where they sang the folk song, “Long time Gal.”

“I remember reading her poems. The first one I think I remember was about ‘small up yuhself, dis dry foot ooman a come.’ And I remember just feeling, yes, this person is speaking my language. We weren’t allowed to speak it at home or at school actually. It was considered just not done and I just never seem to listen to those things.” 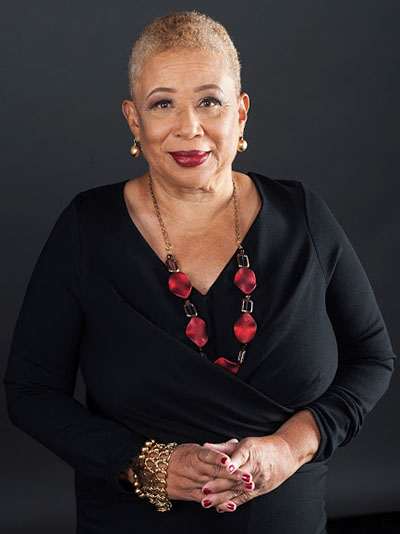 Whiting, who used to help the lighting designer on pantomimes in Kingston, met Miss Lou and Ranny Williams.

“That was such an awesome thing to actually meet this woman that I had been seeing on television and had such great respect for.”

She later met the popular storyteller again when Miss Lou immigrated to Canada and she became one of “the many people who were always around Miss Lou.”

Whiting would drive Miss Lou to events, took her shopping, helped her when she moved, and assisted in any way she could.

The motivational speaker said Miss Lou influenced her storytelling by just being such a great storyteller.

“I don’t like when people say you’re another Miss Lou because I think that is just so far, far, far from being true. I don’t write. Miss Lou is an amazing talent. I’m honoured but I don’t think it’s accurate and I don’t like being described that way at all. It does not reflect properly, but I’m always influenced by her because of what she wrote and because of her strong sense of our Jamaican identity, and our language and that it was an important thing to be proud of.” 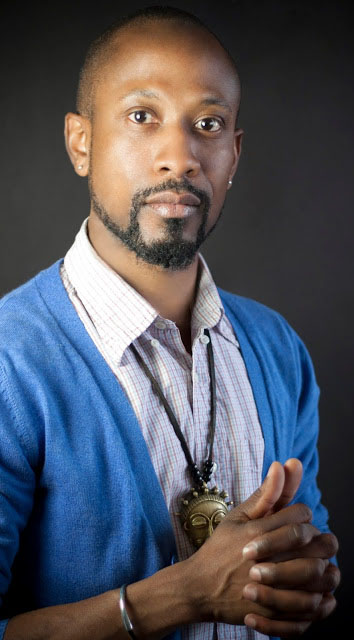 She remembers that Miss Lou always said, “We must speak both [English and Patois] because we’re in this world, but we must speak the language of the people. We must know it, we must talk it,” and so for her that has always been just a given.

“She was just an amazing talented woman,” says Whiting.

Kevin Ormsby, artistic director of KasheDance, credits his work in the creative industries in Canada to the influence of Miss Lou.

“I had the privilege of performing with Lorna Goodison and others at the Harbourfront Centre’s Miss Lou’s Room and realized then as I do now the impact she has had on Jamaica and in fact the world.”

Ormsby says he works in many capacities through the arts as a cultural instigator and he credits a lot of his passion and love for the arts to the fundamental premise she held dear — that everyone in Jamaica should be proud of their cultural history.

“For me it’s many years, places and spaces, from ‘Ring Ding’ but I remember sitting at her feet and feeling a sense of pride that is ever-present in my Jamaican heritage as it is in my contemporary Canadian reality. The “Jamaica Labrish” that everyone reads in my home is because I recited many as a student of the Drama Dept. at Calabar High School.

He said Miss Lou was so ingrained in his being that even upon his arrival in Canada, she lived across the road from him in Malvern, Scarborough.

“I have and will always share a connection to the icon. Her mark has galvanized many with whom I work in Toronto.”

On July 15, veteran Trinidadian storyteller, Paul Keens-Douglas aka Mr. Tim Tim, included a tribute to Miss Lou in his shows in Toronto.